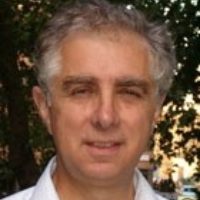 Leigh Hatts has been walking the Thames towpath and exploring the river and Docklands since 1981, when he worked on the Thames Walk Feasibility Study – which resulted in the Countryside Commission persuading the government to designate the 180-mile route as a national trail.

In addition to writing three Thames books, Leigh spent a decade as author of the London Transport Walks Book series. He also devised the 20-mile Bournemouth Coast Path, which now links the South West Coast Path to the Solent Way to create a 652-mile coast route from Minehead to Emsworth. In addition to a guide to this route, he has written walking books featuring Dorset's coast and countryside and the New Forest.

Leigh has also worked as a reporter for the walkers' magazine TGO.

A new guide to The Pilgrims' Way traces the authentic, ancient pilgrimage route from Winchester to Canterbury, with a link of equal historical importance from London. Geoffrey Chaucer in The Canterbury Tales suggests that April is the time to go on...