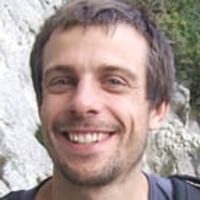 Simon grew up in Sheffield, spending much of his free time mountain biking and climbing in the Peak District. In 1998 he took up caving at Bristol University and was pretty content until discovering canyoning a year later. He was refreshed to discover a serious mountain sport that didn't take itself, well, too seriously, and seemed to combine everything he loved about the outdoors. Since then he has been canyoning enthusiastically (bordering on obsessively) all over Europe and beyond, taking in a handful of first descents along the way.

Caving remains a major interest and over the years he has made significant discoveries both at home and abroad, in the deep systems of alpine Europe and in more exotic karst further afield. Trekking (and an apparent desire for navigational difficulties and personal hardship), has also taken him to some interesting places, including the Tien Shan in China and the Alborz mountains in Iran. Now back in Bristol after several years away, he can often be found running over the moors and ridge-tops of the Mendip Hills, or squeezing through the squalid caves beneath. Either there, or down the pub plotting his next trip... 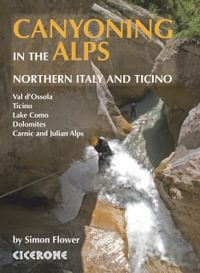 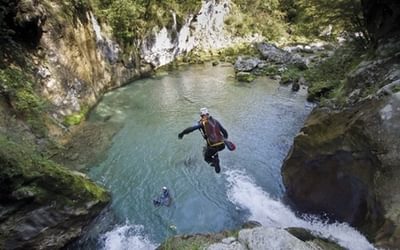 I'd been threatening to write a canyoning guide for a couple of years, scribbling ideas on the back of beermats and waxing lyrical to all who'd listen, before my partner finally...