How to avoid the city on a city break 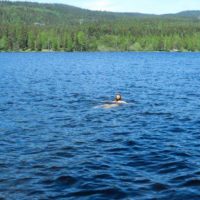 Cicerone's Sian Jenkins books a city break and then meticulously avoids the city. She's a real country girl now! Here she shares some tips of how to find green spaces within a city.

Does anyone else book a city break, and then spend the next week frantically working out how not to spend too much time in the city? I know I do. It sounds like such a lovely idea. A weekend break somewhere new – think of all the art galleries, shops, museums, pubs...traffic, people...ugh. But I’ve already booked the flight and hotel and it’s too late now. I’ll just have to make the best of it. In all seriousness, I’m being unfair to urban spaces – they make a nice change from rural England. Even so, I always have an escape route in mind – somewhere green and quiet, away from the crowds and the noise. It doesn’t have to be much. A highlight of a recent trip to Birmingham was a visit to the city library’s roof garden, 7 floors up in the air. It was surprisingly peaceful for such a small space: laid out in a way that meant that there was always a hidden corner, away from the rest of the visitors, for a quiet break with a book. Waterways are good places to start

A good tactic is to find some water. Lots of cities have a river or a stretch of coastline, often with walks along their length. Take Oxford – about as far away from the sea as you can get, but with river and canal walks galore. The Thames Path runs through the city, and in there’s a lovely walk from the Botanic Gardens, through Christchurch Meadow (remember to say hello to the Highland cows) on to the path along to river all the way down to Donnington Bridge where you can pop back up on to the main road and get the bus back to where you started. (Regular public transport – what a novelty since moving to Cumbria!) Otherwise, head north, through Port Meadow from Jericho, along the river to the ruins of Wolvercote Abbey. You can stop half way for a drink at the Perch, or carry on into Godstow to the Trout. Some of my favourite ‘escape routes’ have been islands. When I was in Auckland, all I saw of the city was my hotel, the harbour and the airport bus. I was too busy enjoying a trip to Rangitoto Island, an extinct volcano out in the bay. It had lava fields, a crater, native bush, caves and mangrove swamps. It was a good steep climb to the top of the island as well – a good way of tiring myself out so that I could sleep on the plane home. Auckland from the summit of Rangitoto Island

Some public parks can provide a wonderful escape

Public parks are everywhere, and really can be big enough to escape into. (Take Wimbledon Common. I was so busy trying to spot Wombles that I forgot I was in a city at all!) Despite this, I much prefer botanic gardens if I can find them. You get everything the public park has (green space, an ice cream van or cafe, public loos) but you get greenhouses as well! Greenhouses are a brilliant place to wait out bad weather and warm up a bit on a cold day. I never miss a visit to the Kibble Palace in Glasgow – everything else aside, I love stopping by the fish pond to watch the koi carp. You soon forget you’re in Scotland and there’s a howling gale blowing outside. If in doubt choose a 'wild' city

My last (and possibly most successful) tactic is just to pick a city based on how wild it is. Take Oslo, the capital city of Norway. It has a river, the Oslofjord, islands, beaches, and even the Nordmarka, a forest you can get to on the metro. How brilliant is that? In the space of 48 hours we swam in the fjord, got lost in the forest tracks on Høvedoya island (pretty difficult, considering it’s only about 0.5 square kilometres), walked in the Nordmarka and swam in Sognvasn lake. This was all finished off with a boat trip on the fjord out beyond the Oslo city limits with an all-you-can-eat prawn buffet.

Surely that’s the way all city breaks should be? Cartoon of the Month: September