In this abridged extract from Fifty Years of Adventure, Kev Reynolds and Jonathan Williams look back at Cicerone's story, from then to now.

It was the combined talents of two climbers, a Yorkshireman and a Lancastrian, that laid the foundations of Cicerone Press. In the late 1960s Walt and Dorothy Unsworth invited Brian and Aileen Evans to their home. ‘How would you like to start a company?’ was Walt’s greeting. And with that he proposed that the four of them start publishing pocket-sized guidebooks under the name of Cicerone, which the Oxford English Dictionary defines as ‘a guide’.

The very first guide, The Northern Lake District was published in March 1969. It consisted of just 40 pages and included hand-drawn illustrations by Brian who, two years later, wrote and illustrated a companion guide to climbs in The Southern Lake District. Cicerone’s second title. Winter Climbs in Ben Nevis and Glencoe followed later the same year.

Over the course of fifty years, many of Cicerone’s best known, and enduring titles have been published. The first slim, 100 page walking guide to the Tour of Mont Blanc by Andrew Harper was published in 1977. Walks and Climbs in the Pyrenees, Kev Reynolds’ first guidebook, appeared in 1978. Forty years on it is still in print and Kev has now written over thirty guidebooks for Cicerone, specialising particularly in the Alps, Pyrenees and Himalaya.

Cicerone’s appearance on the outdoor scene had been well timed. The first ascent of Everest in 1953 and the launch of the Duke of Edinburgh’s Award scheme in 1956 had stimulated a fresh enthusiasm for outdoor activities that was further encouraged by the Boy Scouts Association. While climbing had been a semi-exclusive activity before the war, by the mid 1960s the mountains of Snowdonia, the Lake District and Scotland thronged with groups and individuals clad in Ventile (cotton) anoraks in search of adventure. Backpacking and long-distance walking came into vogue. The Pennine Way was established, after a lengthy battle, in 1965, and Alfred Wainwright wrote his Coast to Coast guidebook in 1973. Those who could afford it took a fortnight’s holiday in the Alps, to walk, trek or climb, and Walt and Brian quickly realised that Cicerone should provide guidance. Cicerone guides were intended, after all, to be ‘for walkers and climbers, written and produced by walkers and climbers’, wherever they might wish to go.

It is this continuity of ‘ownership’ of a title that makes the work of guidebook author and publisher different from most other forms of publishing. A guide is only useful as long as the information it provides is accurate and up-to-date. When route changes occur – either by natural causes or by man-made diversions – it falls to the author to reflect such changes in an updated reprint or a completely new edition.

In the late 1970s, the Cicerone office was briefly housed in the basement of Walt and Dorothy’s home in Milnthorpe, but it soon moved 100 metres to Police Square where the conversion of two 100 year old cottages provided more spacious accommodation for the growing business.

Over the next 20 years Cicerone attracted a wide range of authors with ideas for guides to their own favourite location and activity. The expanding catalogue of titles, and a wish-list of new areas to include meant that by the time Walt, Dorothy, Brian and Aileen began to plan their retirement, they could look with satisfaction on bookshelves groaning with more than 280 guidebooks promising days of adventure in the great outdoors.

In 1999, thirty years after its birth on the outskirts of Manchester, a healthy Cicerone Press was sold to Jonathan and Lesley Williams, with a shared passion for outdoor activity, an abundance of ideas and a determination to build on the success achieved by Walt and Dorothy Unsworth and Brian and Aileen Evans. With the end of one era, another began…

Less than two years later, in February 2001, just as the new team was beginning to grow in confidence, the British countryside was virtually closed down by foot-and-mouth disease. With tens of thousands of footpaths and bridleways placed off-limits, sales of guidebooks plummeted. Suddenly, everything related to outdoor activity in Britain was put on hold, as were Cicerone’s plans. It was a grim period, not only for the countryside, farmers and tourist infrastructure but also for publishers of walking guides. For Jonathan and Lesley, it provided time to take stock and plan ahead, so that Cicerone was able to emerge from the crisis with vision, energy and solid plans for the future.

And so to 2017. With a current list of nearly 400 titles, Cicerone finally outgrew Police Square in Milnthorpe, and having found a modern, purpose-built office space on the edge of Kendal, the Cicerone ‘family’ unplugged their computers and moved home. With open airy spaces and room to expand, the aptly named Juniper House is an ideal new home. And of course, it’s just a bit closer to the hills…

Over Cicerone’s lifetime, the environment around the publishing industry has changed out of all recognition. From small independent bookstores to chain stores and Amazon, from hand-crafted pages and hot metal to modern publishing technology, from local printers to the Far East, and now digital printing, the growth and eclipse of the independent outdoor store, from the pen to the e-book, from the library to the internet, mobile computers and artificial intelligence, from handmade maps to digital maps on phones, from ferries and currency limits to low-cost airlines and credit cards, from the strikes of the 1970s through Thatcherism and austerity again, from joining the EU to the prospect of leaving it, from controlled pricing of books to survival of the biggest.

Despite all this change, the essentials are unaffected. Cicerone’s mission is still to provide the inspiration, essential information and guidance for adventures ‘out there’. As Jonathan says, ‘our job, our purpose, is to provide a great time on the hill’ – or on the trail, trek or climb. 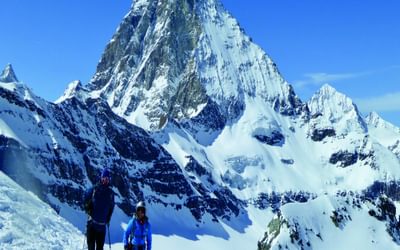 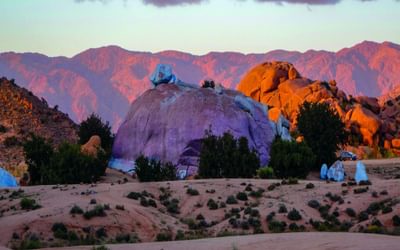 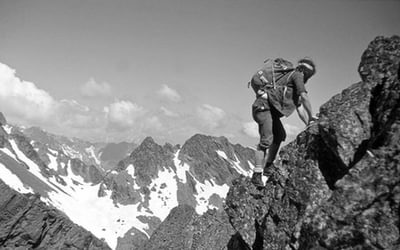 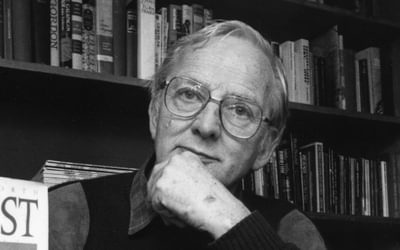 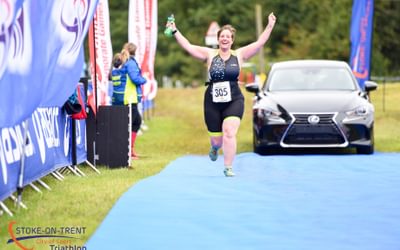