Jonathan and Lesley go walking in Andalucía with Guy Hunter-Watts, author of several guidebooks to the area.

There are few better ways to celebrate the spring than to go to Andalucía, enjoy the warmth of the southern Mediterranean and walk among the profusion of wild flowers. Checking out part of the route for a proposed new guide added the perfect excuse to go.

Guy Hunter Watts is an established expert on walking in Andalucía, and with his assistance, we selected nine days of walking ending in Ronda, enjoying the best of the first (Eastern) part of his Andalucían Coast To Coast route which runs between Maro in the east, and Bolonia, just to the west of Tarifa on the Atlantic coast. The walking was mostly on tracks and paths, some of them a little more overgrown than others! The landscape in the foothills of the Sierra Tejeda is dramatic – steep and convoluted, however there is nothing exposed or particularly demanding in the walking. Much of our route was also shared with the well waymarked GR249, although Guy’s route often explored more dramatic scenery, including a route providing a possible two hour detour to climb to the summit of La Maroma (2069 metres), the highest point in the province of Malaga. Sadly it was not a day for us to do the climb, as the wonderful Spanish weather that day consisted of thick swirling cloud and zero visibility!

Back to the sunshine of Manchester...

The weather was variable, and often doesn’t settle into the characteristic hot dry summers until late June. We had wonderful clear sunny days, cloud, with hot humid days interwoven with cool cloudy and windy days. The torrential rain and 10 degrees of our last day a stark contrast to Manchester airport, basking in 21 degrees in the early evening sunshine! When a Spanish farmer gives you lemons...

Some highlights along the way must certainly include some to the far reaching views of the mountains and coast, ambling through olive and almond groves, past avocados, lemons and oranges, not to mention numerous salad crops and vegetables in the more fertile valleys and lower slopes. There is the world renowned karst scenery of El Torcal de Antequera and extensive cave system at Pileta, near Ronda, with its prehistoric cave paintings dated as 32,000 years old.

Finally, and not least, there is the extraordinary friendliness of the people, particularly outside of the main tourist areas, who were welcoming and generous – although carrying a dozen oranges picked for us by one landowner was a slight inconvenience for us trekkers trying to keep the weight of our packs as low as possible!

Guy Hunter-Watts has two guidebooks to Andalucía, both published by Cicerone: 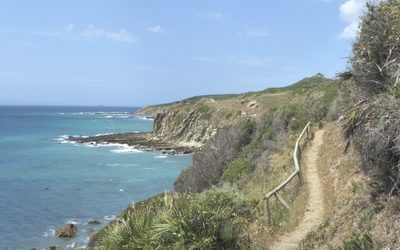 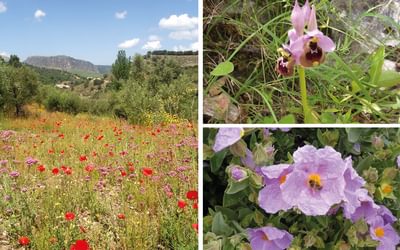 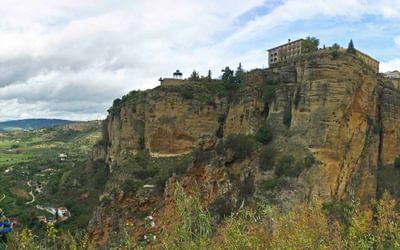 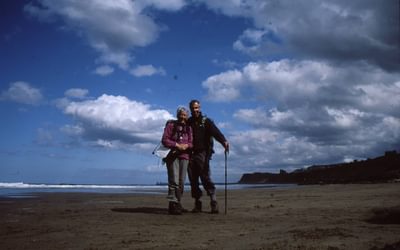 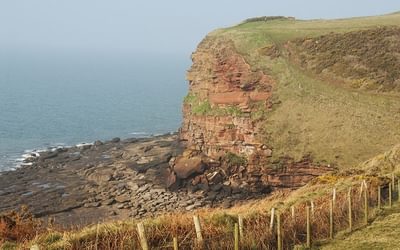