Of course you all know about Richard Barrett's guidebook to Walking on Harris and Lewis but here are eleven things you may not have known about the islands.

Eleven things you may not know about Harris and Lewis

Of course you all know about Richard Barrett's guidebook to Walking on Harris and Lewis but here are eleven things you may not have known about the islands:

They are actually the same island

Together they are known as the Long Island and share a land border but the Isles of Harris and Lewis have long pretended to be totally distinct land masses. Until 1974 the sense of division extended to local government with Lewis being part of the county of Ross and Cromarty and Harris part of the county of Inverness. They are now, more sensibly, both part of Comhairle nan Eilean Siar – the Western Isles Council.

Although nowadays the sales of single malts are booming, you cannot buy a whisky from Lewis or Harris. However, this has not always been the case. In the early 1830s the Duke of Sutherland, Mr Stewart MacKenzie, and others established a distillery in Shoeburn Glen at a cost of £14,000. The indigenous population preferred whisky from smaller, illicit stills and ultimately the venture failed and the distillery buildings were converted into a stable block for Lews Castle, which was being built at the time.

Recently, a Lewis entrepreneur opened Red River distillery, named after its location beside Abhainn an Ath’ Deirg at Càrnais. With local crofters to grow the barley and an ample supply of peaty water, there is everything needed to produce whisky and by 2020 it should be possible to enjoy a single malt from the Isle of Lewis.

Update: We should've known that our readers would know the exact state of play re whiskey production. We got this update from Mike:

"The Abhain Dearg distillery has been producing whisky for at least two years from the first batch of 5 Yr old. My wife and I met Murdo (the owner) when we were on Lewis and enjoyed an hour in his company and bought three bottles of malt. He was receiving a lot of enquiries from the USA and Japan from buyers trying to obtain as much stock as possible although he was waiting for the first batch to reach 10yrs."

2001 Space Odyssey was filmed there

South Harris looks so ‘lunar’ that it stood in as the planet Jupiter for the filming of the sci-fi movie 2001: A Space Odyssey back in 1968.

Be careful when planning your walks as there is no resident mountain rescue service. Best practice suggests leaving your itinerary and estimated time of return with someone before you set out into the hills – and also remembering to let them know of your safe return.

Update from Helen at Walkhighlands: There is now a mountain rescue team, formed in 2011 - still imagine it might take them a while to get to a call out in some of the remoter spots!

Captain Alexander MacLeod purchased Harris for £15,000, circa 1779. I wonder how much a two bed flat in London was at that time...

You can stay in a blackhouse

Courtesy of the Gearrannan Trust you can now stay in a real Blackhouse. Although they have been spruced up rather nicely and now have the added bonuses of plumbing and electricity. Traditional methods have been used to recreate the dry-stone masonry and thatched roofing of the original croft houses with the discrete integration of modern conveniences.

Eilean Glas lighthouse was the first lighthouse on the whole west coast of Scotland. The family will love that fact over dinner. It was also built by a relative of Robert Louis Stevenson, author of Kidnapped, Treasure Island and more.

The first time that a serving prime minister visited the Outer Hebrides was in 1998 when Tony Blair formally opened the Scalpay Bridge.

There are over 4000 freshwater lochs marked on the OS Explorer series of maps for Harris and Lewis. Loch Langabhat, ‘long loch’, is the largest with a length of 13km, covering an area of 8.9km2.

BREAKING NEWS (for us) - The real James Bond has, sadly, passed away. However, it's still a good fact that he did live here.

In recent years Great Bernera, off Lewis, has been owned by one of Scotland’s most dashing and much loved aristocrats, Count Robin de la Lanne Mirrlees who, despite having other homes, prefered to live in a croft house on the island. After an action-packed life with romps through both military service and reputedly through the beds of willing socialites, he became the inspiration for Ian Fleming’s James Bond.

The Windiest Spot in the UK is on Lewis

A few years ago The Guinness Book of Records claimed that the Butt of Lewis was the windiest spot in the UK. If that doesn't make you want to visit I don't know what will. 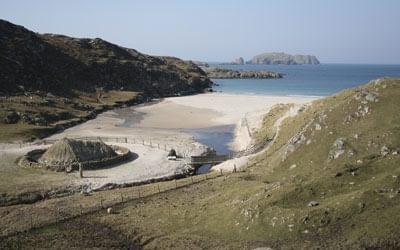 Bendrigg Trust: inclusion and accessibility in the outdoors (with Martha Wood) 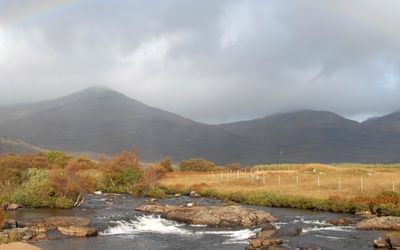 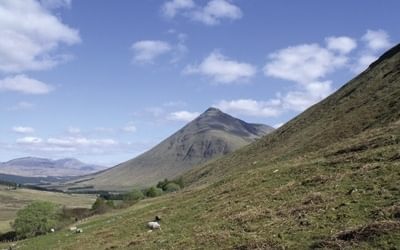