Inaugurated in 2008, this long-distance route quickly became one of the most popular hikes in the Black Forest. From the start it was conceptualised as a certified Quality Trail, with all the stipulations and criteria that this quality assurance certificate entails. Before long, the Deutscher Wanderverband, the German equivalent of the Ramblers Association, also designated it as a Top Trail, a special excellency label that has been awarded to only 15 of Germany’s long-distance trails.

If all this fame and glory is beginning to worry you with regard to the number of walkers you may encounter on this trail, your concern is partly justified. Yes, this is a very popular trail, but the good news is only one of its sections is really busy and, to be fair, that section has always been busy, long before the Schluchtensteig was ever conceived.

But, let’s start at the beginning. The Schluchtensteig is a gorgeous 120km point-to-point route that ambles in and out of the ravines that fracture the southern Black Forest. The route comprises six stages of approximately 20km each.

The starting point is the little town of Stühlingen near the Swiss border, from where the Schluchtensteig follows the Wutach River upstream. It climbs up through the so-called Flühen, (Swiss-German for cliff-face) more or less along the route of a historic and legendary steam engine railway line, known as the Sauschwänzle Bahn.

Sauschwänzle means pigtail, a name that alludes to the twists and turns the route must take to overcome the altitude difference of 231m over a distance of just over 9km, as the crow flies.

To achieve this, the tracks had to be extended to 25km. The steam engine still operates as a tourist train on weekends during the summer, so don’t jump out of your boots when you hear it whistle.

On day two, the trail will lead you right into the fabled Wutachschlucht, which the tourist board likes to hype as Germany’s Grand Canyon – a ludicrous comparison, even if it is Germany’s most extensive gorge. Still, it is impressive, not only from a geological point of view, but thanks to the abundance of interesting plants, such as the Lady Slipper Orchid, the Martagon Lily or the Red Butterbur, which have found a sanctuary in this protected nature reserve.

The section between Wutach-Mühle and Schattenmühle, where the Wutach River temporarily disappears into a sinkhole, is the stretch that is most popular and thus attracts a lot of day trippers. Avoid on weekends and on public holidays, if at all possible.

The third stage continues through the gorge to the point where the Wutach River meets first the River Rötenbach and then the River Haslach, before it climbs up the side of the gorge to the top and a whole different world is revealed. The trail emerges just above Lenzkirch, a traditional Black Forest town. The Geopark picnic area (where a display of different rocks explains the geology of the Black Forest), marks the midway point of the route.

If you have the time, it might be worth adding an extra day to your itinerary at the end of this stage, in Aha or Schluchsee. This is the heart of the upper Black Forest, home to its highest peaks. From here it is easy to take a small detour to visit Mt Feldberg, which at 1493m is the highest mountain of the Black Forest. It can easily be explored via the Feldbergsteig, which starts from the main access point at Seebuck, by the visitor centre. The Feldbergsteig is also described in Hiking and Cycling in the Black Forest.This is a lovely circular 12km trail that runs right over the top and around the mountain down to the tarn, and back up again to Seebuck.

Stage four takes you halfway around Schluchsee, the largest, albeit artificial, lake in the Black Forest, before it climbs up onto another ridge. On clear days, there are fabulous views to be had right across the southern Black Forest. Just before Blasiwald-Althütte (an old glass blowers’ village), you may also be treated to a fabulous Alpine Panorama. This stage is *almost* gorge free, save for a very small ravine and waterfall just before reaching St Blasien at the end of the day. St Blasien is a sleepy little town and the highly unlikely site of one of the largest domed churches north of the Rhine. During the summer there are often classical concerts held here.

The fifth stage is a lovely ramble across Dachsberg, the Sonnenterrasse (meaning sun-deck) of the Black Forest. These south-facing hills offer a visual feast.

While the trail itself is undemanding, the views over to Feldberg and Herzogenhorn to the north and across the Alps to the south, are just gorgeous.

Right before reaching the end of this stage at Todtmoos, the trail dips down into the Wehra Gorge and follows it all the way into the town. Todtmoos is another small resort town, although not much larger than a village. Nevertheless, it is a pretty little town that has a history as an important pilgrims destination.

The last stage runs from Todtmoos to Wehr, through Wehratal. This is a much quieter and more remote section than one would expect, yet also quite rugged for much of the way. Mountain goats and peregrine falcons can sometimes be observed. The trail ambles along the steep hill-side, first on one side of the Hohwehra River, then on the other. Eventually it reaches the Wehra reservoir and the town of Wehr, where the route ends.

All in all, the Schluchtensteig is a lovely trail, by no means lacking in highlights. There is something interesting to discover on each of its stages.

Before embarking on this trip, make sure to check the very informative Schluchtensteig website – the page is in German, but has a google translation option, which is pretty awful but adequate for accessing basic information about the route. In particular, pay attention to Aktuelle Weginfos (under the menu point Wanderservice), where you will find current information (trail condition, diversions, etc).

This website also provides a list of accommodation options along the route. Alternatively, you can book a luggage forwarding package, which takes the headache out of arranging accommodation and saves you from having to carry your own pack.

The Schluchtensteig is a wonderful, moderately challenging route that should be manageable for anyone who is reasonably fit and used to some hill walking (a good endurance level makes the route more enjoyable). However, walkers must be sure-footed and must not suffer from vertigo. Walking poles are recommended and sturdy shoes with a good grip are a must, especially in the gorge sections, which can be quite slippery. Above all, take plenty of food and water each day, as there are not many restaurants or cafés along the way.

The best times to visit are late April–late October. Avoid during the winter months, as many sections can be treacherous due to snow, ice and high winds. 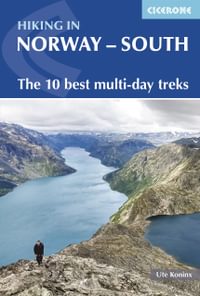 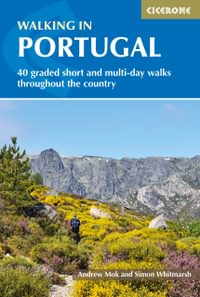 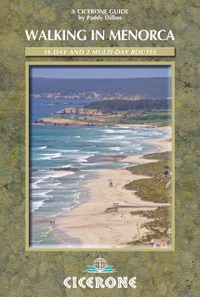 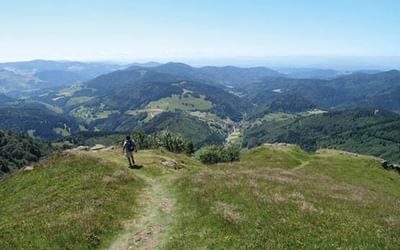 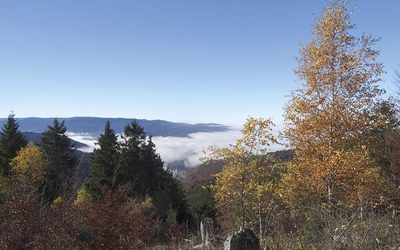 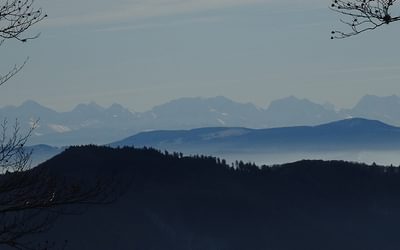