On the 24th April, Cicerone's Joe Williams ran the London Marathon as part of his preparations for UTMB in August. He's back in the office today, hobbling around, eager to recount his story.

I lined up in pen three at the blue start, trying to keep warm by hiding behind the other runners. I was kept warm enough by a bin liner jacket that Maddy, my chief supporter and sister had prepared for me while I did my warm up exercises. Arm holes, head hole and a stylish v-neck! The freezing gusts of wind were relieved by moments of blissful sunshine as we inched our way forwards, starting line in sight. A cheer went up and the pack concertinaed forwards to the line: we were off! The first mile was extremely crowded as people settled into their appropriate speeds. I did well not to get flustered and soon got myself locked into my pace of around 4'30" per km (7'17" per mile). I felt relaxed and fluid, keeping an eye on my watch to make sure I didn't go too fast, especially on the downhills. While tucking my headband into my shorts pocket, one of my three energy gels made a break for it. I let it go and decided to grab one of the free ones given out later in the race. I didn't allow myself to get flustered or irritated by this mistake.

Going through Greenwich and past Cutty Sark (mile 6.5) was exciting with the thousands of spectators alongside the course. I felt like a bit of a rock star and was grateful that us runners were slightly spread out already. The pace felt brisk, and faster than what I'd done in training. I worried that I might have made the classic error of going out too fast and might pay for it later, but comforted myself by the fact that my effort level was still low. Rotherhide (mile 9) was completely unexpected as the crowd was ten people deep in places. No chance of catching sight of Maddy here. The atmosphere was electric, and again I had to reign in my pace and not get carried away. Soon The Shard came into view and I knew that Tower Bridge, shortly before halfway, would be next. Crossing the bridge, my legs felt strong and powerful, and I couldn't help but smile and really take in the moment by looking around, seeing the City to my left and Canary Wharf to my right.

The half marathon point came and went in 1:36 (marking a new personal best over 13.1 miles) and I felt confident, but still had worries that I would suffer a dramatic implosion later on. Soon after, I was enthralled to see the elite runners coming back on the other side of the road, having already reached mile 22. Stanley Biwott and Eliud Kipchoge screamed past, shoulder to shoulder. Twenty seconds later I saw Kenenisa Bekele in pursuit, so I screamed out "Go Kenenisa!" to him. It gave me a great boost to see these beautiful athletes, operating at the pinnacle of human endurance, race past, and I held them in my mind for a few miles after. Entering the Canary Wharf area (mile 15) I got chatting to a Frenchman who was running beside me. For the next 20 minutes we passed the time easily, discussing previous races, switching between English and French. It was a good distraction, but in retrospect perhaps shows that I could (should?) have been running faster. I caught sight of Maddy at mile 17.5 and told her I felt great. "Speed up" was her response!

It was around this point that I began by countdown to the finish, making calculations as to how much I could allow myself to slow down by to still make my target of 3 hours 15 minutes. The legs were beginning to get sore and the pounding on my feet was making itself known, but I knew I was now entering the business end of the race and steeled myself. I still shut down any emotions, banishing the negatives, and not allowing the positives to get out of hand. After two and a half hours of running, I took my third and final gel, knowing that there was only 45 minutes left with six miles to go. The pace began to feel hard but still manageable as we rounded the Tower of London. Advice to future VMLM runners: Watch out for the curving downhill after the Tower, as if you go too fast, with too long a stride, you might knacker your quads. Coming down here, I felt the feeling that has become familiar towards the end of mountain ultramarathons of my quads getting mashed up. Leading Dame Kelly Holmes past the Houses of Parliament

Three miles to go and I switched down to my next level of mental 'grit'. Along Embankment and approaching the Houses of Parliament I heard screams from the crowd of "Go Kelly!" I turned behind and saw Kelly Holmes, steaming along in the final stages of her first marathon. We hurtled around the bend in front of Big Ben and I couldn't stem the emotions now.

"Come on!" I yelled wildly to thousands of people, now running as fast as possible with half a mile to go. Kelly drew alongside so I matched her pace, seeing the effort in her face when I glanced across. After too long, the final right hand turns came, and a check to the left to see Buckingham Palace was all I needed before the final dash to the line. Kelly pulled away (I let her have it, honestly), and I crossed the line in 3 hours, 10 minutes and 41 seconds. I was absolutely ecstatic! 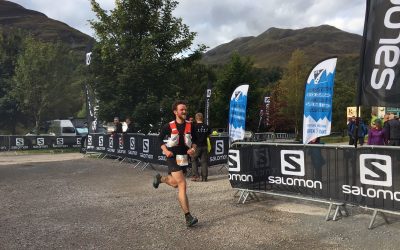 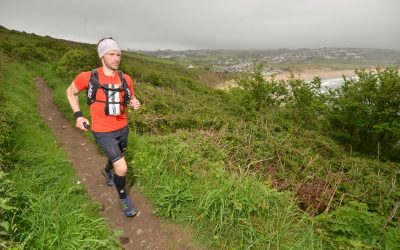 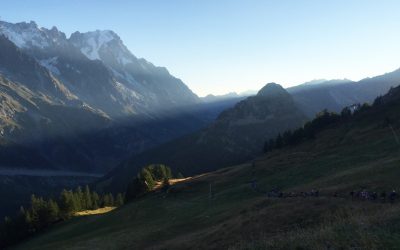 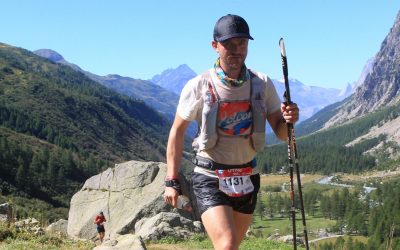 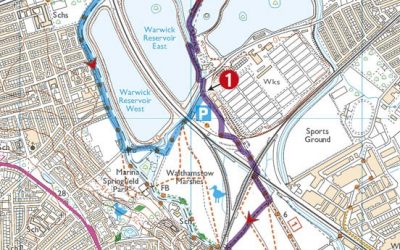 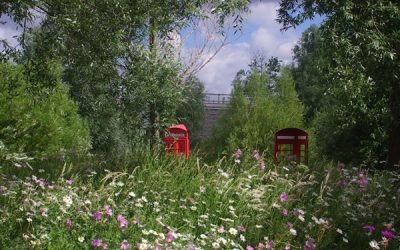