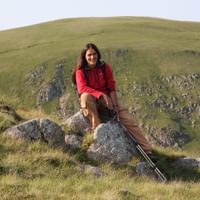 Amid a growing level of cabin-fever, Cumbria-based outdoor writer Vivienne Crow finds respite and a much-needed sense of perspective in the North Pennines.

Fear. Anxiety. Paranoia. You have probably been feeling one or more of these to some degree, unless you’re a remarkably level-headed, resilient individual. For many of us who aren’t one of these, one of the antidotes to the piling up of any negative emotions lies in the great outdoors. For as long as I can remember and almost without fail, the natural world has provided me with the sense of perspective that helps me to cope with most things.

And so it was, on the day after schools closed indefinitely and the Government announced tighter controls on social gatherings, that I headed for the North Pennines. Although I was aiming for High Cup, a fairly popular destination in itself, I chose a ‘backdoor’ route where I had a greater chance of solitude. On the way up, I saw just two runners and a trio of dog-walkers near the car park. “Lovely day!” “Going far?” “Chilly, isn’t it?” It was business as usual, with all the familiar outdoor greetings, but with everyone giving each other a wide berth on the path.

In the valley, crows with beaks full of twigs were busy building nests. Out in open country, I was greeted by my first skylark of the year. It rose vertically from the tussocks and hung 30 metres above the ground, on fluttering wings, merrily singing its little heart out. And then I heard it, my favourite sound of the spring... the unmistakable call of a curlew. This bird would probably have spent much of the winter poking its long, distinctively curved bill into mudflats on the coast, searching for food, but it had now returned to the hills to breed. Human pandemics mean nothing to its schedule. Uttering a few hesitant notes at first, it took to the skies, the bubbling trill of its song quickly gathering speed and pitch – a jubilant salutation to the new season.

Nearing the southern edge of High Cup Gill, I could see a few of the dolerite columns that form a dramatic rim around the top of the valley. This rock was formed by a magma flow about 300 million years ago. Exposed to the elements here, it allows us a glimpse into the distant geological past. I sat for a while on the rungs of a ladder stile, soaking up the here and now. I could hear another skylark nearby, the bleating of sheep, the roar of a beck crashing down the other side of the valley. Up ahead, I could see the deserted, peaty heart of the North Pennines, some of the highest and most remote moorland in England. This is a harsh place where arctic-alpine flora continue to survive, as they have done since the end of the last glacial period 10,000 or so years ago.

Reassuringly, this will all still be here in two, three, four months’ time. It’s already become a cliché, I know but, in a time of spiralling uncertainty, that thought gave me a much-needed sense of scale. It’s a thought I have clung to over the weeks and months. 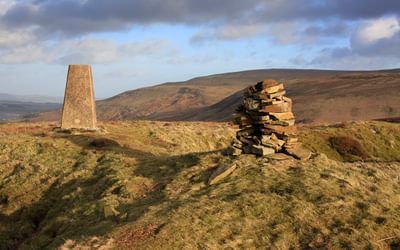 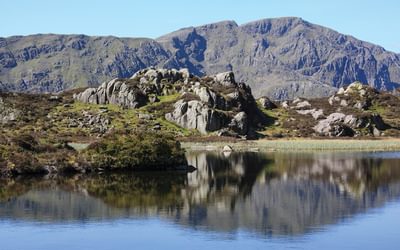 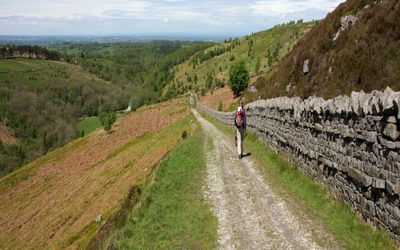