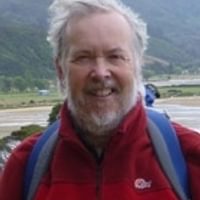 The delightful Cumbria Way through the idyllic English Lake District is well known and well loved. Here John Gillham explains the inspiration behind the alternative, rather more challenging, version included in his guidebook to this classic route.

The River Brathay was playful, ruffed up into ripples by a light breeze and lit by late golden sunlight, which flickered through the trees. A fallen leaf from one of the riverside oaks danced on the waters. My walk from Ulverston past the shores of Coniston Water, up to Tarn Hows and back down to the waterfalls of Colwith and Skelwith Force had been oh so pretty, idyllic in fact. This moment was a cameo so typical of my day.

I was here in Great Langdale because I’d been asked to write a book on the Cumbria Way but how could I make it different from the other guides? As I’d found out the Cumbria Way is one of the prettiest and least demanding of English long-distance routes, one that weaves through the valleys and traverses low hills. It’s a leisurely walk, punctuated by teashops and county inns, and where there’s time to stop off to take a boat trip across the lake or visit one of the fascinating museums.

But here’s the thing; it’s a sunny day, you’re feeling fit and healthy and looking for something a little more adventurous…

I looked up from the riverbank to the Langdale skyline, where mighty Bowfell and Pike o’ Blisco were flanked by the distinctive crags and cliffs of Harrison Stickle and my heart urged me to take one of those little mountain paths and to stride along those yawning ridges. The decision was made for me. I would describe the official route in detail but offer a network of high mountain routes too; ones that would come down to meet the official way at or before the end of the day. This way the reader could mix and match their routes according to the weather and their mood.

The Cumbria Way begins in Ulverston on Morecambe Bay and the real hills don’t start until Torver so the first day is spent on undulating pastures. The miniature peaks and tarns of the Blawith Fells seen in the afternoon act as a taster for things to come. The official route descends by the shores of Coniston Water to the bustling village of Coniston. The mountain route diverts to Torver, which facilitates a magnificent next day’s climb past Goat’s Water and under Dow Crag’s shadowy climbers’ cliffs and gullies. The most natural route, and the one I opted for, follows a narrow path raking across the high slopes of Brim Fell to Levers Hawse before climbing to Swirl How.

If you’ve seen the guidebook, you may have noticed I’ve missed out Coniston Old Man, the range’s most popular summit but one that’s stuck on the southern end of a ridge going nowhere. The Ordnance Survey lists it as 803m above sea level, the highest of the group but Harvey Maps have thrown this into confusion with their measurement of Swirl How at 804m. But for those who may not pass this way again and want to bag the Old Man I have described a short there-and-back detour from Brim Fell.

Swirl How is a delightful peak radiating three ridges, the one you’ve just walked, one to Wetherlam and the onward route, a superb pathway into Little Langdale by way of Great Carrs and Wet Side Edge (which isn’t at all wet). Easy end-of-the-day paths and tracks continue to Slater’s Bridge, one of the prettiest ancient packhorse bridges in Cumbria, before rejoining the ‘Way’ at Elterwater in Great Langdale. The day will most likely end in the beer gardens of either the Old or the New Dungeon Ghyll Hotel, or those of the Stickle Barn, where walkers will be able to trade stories with other wayfarers while watching the sun set behind the Langdale crags.

The next day the official route crosses over into Borrowdale by way of the 480m high Stake Pass. There were two possible mountain routes for me here. One would climb to the tops of the Langdale Pikes. This would achieve a spectacular start to the day, passing Stickle Tarn before scaling Harrison Stickle. Although tame by comparison, the continuing grassy ridges over Thunacar Knott and High Raise would be very pleasant. However things deteriorate from there. Beyond Greenup Edge the going gets soggier and less interesting. I opted for the second possibility, a bold route beneath Hanging Knotts, passing the beautifully blue (on sunny days) Angle Tarn before scaling Allen Crags and Glaramara. This knobbly and relatively secluded ridge declines elegantly to the emerald fields of Rosthwaite in Borrowdale.

Again I’ve omitted popular summits from the suggested high route; this time Bowfell and Esk Pike. Doing these two plus Allen Crags and Glaramara would make it a very long day to Keswick. That said I have included a brief description as an aside for walkers who might stop at Rosthwaite and either have a short next day to Keswick or continue it to the youth hostel at Skiddaw House. Bowfell walkers would rail at my next suggestion, which is to scale one last little peak, Walla Crag before descending to Keswick, but this little rock and heather summit is worth the effort for the views across Derwent Water and Bassenthwaite to Skiddaw, Blencathra and the Derwent Fells.

19th-century poet, art critic and political thinker John Ruskin once said that Keswick, where most wayfarers spend the night, was almost too beautiful to live in and that the view from Friar’s Crag down below on Derwent Water was one of the three finest views in Europe.

Three thousand footer Skiddaw – and the hills Back a’ Skidda – bar the way between Keswick and Caldbeck, the next centre. The official way sidesteps Skiddaw but tackles the 2000ft High Pike, the loftiest peak of the whole of its route. Mountain walkers will want to tackle the former peak. The most natural way is the tourist route up Jenkin Hill, and although the initial slopes above Latrigg are steep the going eventually eases. The ridge from Low Man and over the main summit to Bakestall is easy and gloriously attractive with views if it’s clear to the Isle of Man and Scotland. The heather hills Back a’ Skidda are next, starting with Great Calva, but those who want to break up the route can turn right above the Whitewater Dash falls and follow an easy-paced stony track to Skiddaw House hostel.

I rejected the obvious direct route up from the top of the falls to Little Calva as its steep, eroded and boggy in places. Instead I opted to turn right towards Skiddaw House but leave the track at Dead Beck for a narrow path that climbs steadily up heather slopes to Great Calva’s summit. The Knott comes next and sketchy tracks lead across heather at first then grass to a col separating the deep coombes of Dash Beck and Wiley Gill. This is followed by paths up pale grassy slopes to the cairn on the Knott, which is the last summit of the mountain route – from here paths lead us to the official way at Grainsgill Beck and the Lingy Hut.

But this isn’t the end of the climbing for the day because both routes now tackle High Pike. After this there are no more English summits, just mile upon mile of farm pastures leading the eye across the Solway Firth to the misty outlines of Galloway’s heights. Among those pastures lies Caldbeck, which waits to refresh your spirits and prepare you for the last day.

The River Caldew then guides you through your final day – nearly all the way to the majestic cathedral city of Carlisle – where you can spend any unspent energy on soaking up all the historic sights. 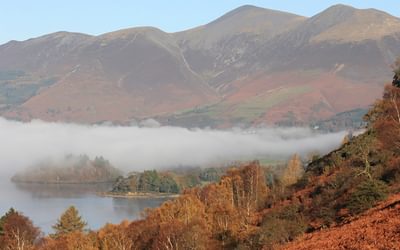 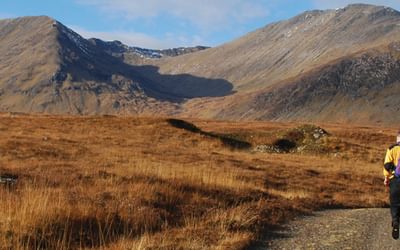 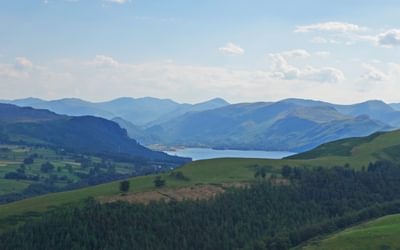 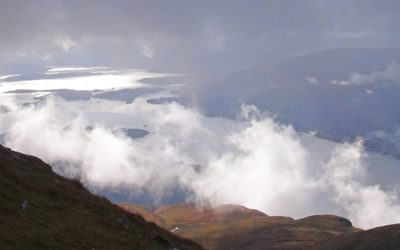 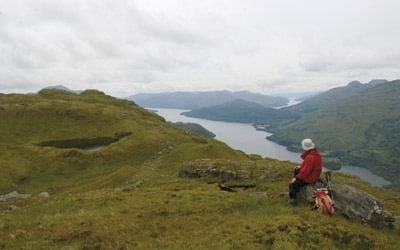 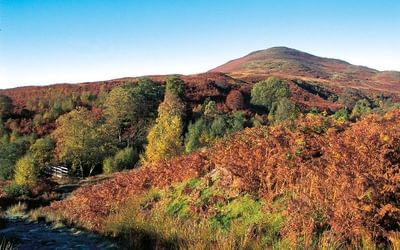