A weekend backpacking trip on the Cumbria Way provided a great excuse to stay at Skiddaw House a remote, characterful old building that occupies an isolated position 470m (1540ft) above sea level on the northern slopes of Skiddaw.

The plan for the weekend was to have a little training walk and to practise backpacking, in preparation for walking the Coast to Coast Path in a few weeks’ time. So it was that we were dropped off at the Chapel House Farm campsite in Stonethwaite in the Borrowdale Valley. We pitched our little tent and had a meal, then wandered off to the local pub for a pint before bedtime.

The morning sun streamed down into the valley, banishing all the midges from the camping field except for in the area where the trees still cast shadows – and yes, our tent was in the shadow, so all exposed skin was mercilessly munched! To get away from them, we ‘walked’ the tent to a sunny part of the field, where we could attempt to dry it in a midge-free zone before packing it away in our rucksacks. By carefully rotating it every few minutes, the tent had more-or-less dried by the time we had finished breakfast and packed up everything else.

The route for the day was from Stonethwaite to Skiddaw House, via Keswick. As the sun rose in the sky the temperature rapidly became scorching hot, and the sultry conditions prevailed even on the lakeside path as we walked north towards Keswick – we watched with some envy as holidaymakers paddled and swam in Derwentwater! After a few stops for cooling drinks and admiring the view, we arrived in Keswick in time for lunch and a brief rest in the shade.

With a somewhat bleak exterior, Skiddaw House is one of the most remote buildings in England. A former shooting lodge and shepherd’s bothy, the house has a food shop and can accommodate up to 22 people in its four rooms, and there are good basic facilities including hot water and a shower.

After being invited in for a cup of tea when we arrived, we checked where we should pitch the tent. ‘There IS space, on flat sheltered ground, for two tents,’ explained Martin, the warden, but after he then warned us of the bunkhouse’s own local midge population, and advised us to sleep inside, we quickly decided to leave the tent safely packed away rather than take our chances against another swarm!

Settling in for the night, we soon discovered that the young Frenchman, who had arrived safely before us, had been hoping to practice his English – but he hadn’t known that Marie, Martin’s partner, was French, so he wasn’t to get as much practice as he had imagined! The only other resident that night (apart from some mice!) was an American visitor who had just climbed his final ‘Wainwright’, having enjoyed walking holidays in the Lake District for the last four or five years. It all made for a very amicable evening.

As the scorching sun cooled and started to set, its fading final rays shone through the red curtains, gently giving the room its final light before night fell.
Soon there was no sound. Nothing.
Peering out between the curtains in the morning, I saw that it was another glorious, cloudless day. Thanks to its high and wonderfully isolated position, the commanding views from the bunkhouse are incredible: Great Calva on the left and all the way down the Caldew valley to Carrock Fell.
After a quick breakfast we began our final day. We headed down the Caldew valley, turned left to follow Grainsgill Beck and continue past the old tungsten mines and up towards the Lingy Hut, then headed over to our final summit of High Pike. All that was left was the long and delightful descent towards Caldbeck, where the Solway Firth and distant Galloway hills made for a fine scenic backdrop to the route’s end.
Not as much tent-pitching practice as we had planned after all, but it had been a great couple of days’ walking! 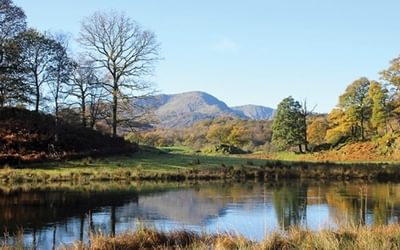 Sherpa Expeditions’ resident guide frequently walks in the Lake District and on parts of the Cumbria Way. On those walks a break at one of the many pubs is a given. In this... 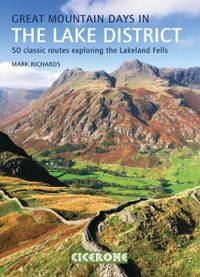 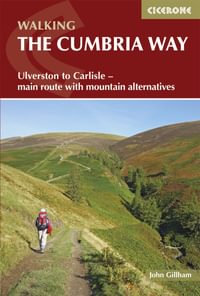 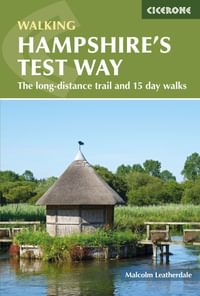 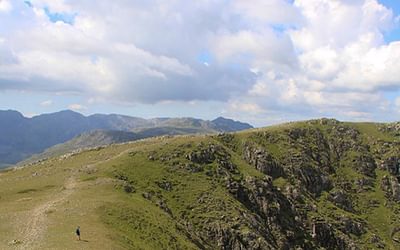 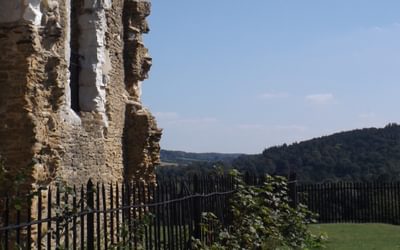 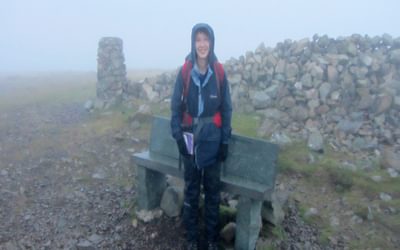