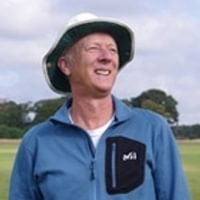 In the second of his two articles, Peter Aylmer looks back on his first TGO Challenge experience. Would the landscape, the camaraderie and the weather live up to expectations?

‘Thank goodness it’s February’, I wrote in my previous article on The Great Outdoors Challenge, ‘and there are still three months left’; three months that would be full of bike rides and long walks to develop the stamina and fitness that I would need. After all, the challenge – a Scottish Highland coast-to-coast in two weeks – is Britain’s premier backpacking event, and as a first-timer I should leave nothing to chance.

Ah, the best-laid plans… I seemed to spend much of that time in the physiotherapist’s consulting room, as a succession of soft tissue injuries made me doubt whether I would ever see a serious trail again. A few episodes of remission saw me undertake a couple of long-arranged walk leads for the Long Distance Walkers Association, and even manage a two-night wild camp on Dartmoor after Easter, but to say I was short of confidence when I boarded the train for Inverness would be like a Masterchef competitor wondering if they had enough eggs for the soufflé.

One of the features of the challenge is that each entrant (or team of up to four) chooses their own route from west coast to east coast across the Scottish Highlands. That makes around 250 distinct routes, possibly no two the same, but if there is a trade route then mine would have come close. Shiel Bridge and St Cyrus form perhaps the most popular start and finish coupling, and glens Affric, Spey, Feshie, Dee and Esk led me eastwards.

I arrived in Shiel Bridge just as the last spots of morning rain were drying up. As the climb up Gleann Lichd steepened, I felt I was moving smoothly with none of the horrors of the past few months. I came to the col, snow-capped Ciste Dubh to the right, a group of challengers briefly resting, and felt good to go on. In Glen Affric, I pushed beyond Alltbeithe hostel to Strawberry Cottage, a few miles further up the glen, and settled in for my first wild camp, with a great view of Mullach Fraoch-choire to go with my dinner. Not a bad start and barely a twinge.

I had always thought I would make Fort Augustus in three days, even Newtonmore in five – between them, the Corrieyairack Pass, which at 2533ft my highest point, is devoid of technical difficulty, at least in rapidly improving weather.

My three days from Newtonmore to Braemar were a little less hectic in pace, and a good thing, too. It was day 7 when I felt most tired, although it was one of the shortest, just 13 miles over the low watershed between Glens Feshie and Geldie. I crawled into my tent at 4pm and slept immediately. By now this was my longest-ever walk in Scotland. Perhaps my lack of stamina was catching up at last.

Day 9, out of Braemar, was to be my crux day. I had planned to go over Lochnagar to Glas-Allt-Shiel bothy, but the weather had broken and like others I invoked my Foul Weather Alternative, a challenge requirement whenever a route crosses high ground. But I thought, why dog-leg to that gloomy spot when for a little extra effort, I could get to the tiny, but usually quiet Shielin of Mark bothy, ideally placed for the next day. With good tracks underfoot, it seemed worth a crack. I texted Challenge Control of my change of plan.

The route had a sting in the tail, a trackless mile through peat hags with the mist down. Time for the compass! It was a pleasure to be using the old skills, the more so when the bothy – one of the highest, at around 2100ft – hove into view as planned. Day 9 had proven to be my best day, a complete antidote to day 7. By now, all concern of breakdown had left, for it was almost literally downhill all the way to the sea.

Which was reached just after noon on day 12 (a relatively short challenge – 15 days are allowed). I purloined the first people I met – tarot card reader Robin and artist Jenny – to take the boots-off-paddling picture that will serve as proof that I really did complete my first challenge.

A conviviality of challengers

There were dozens of Shiel Bridge starters but almost all had left by the time I stumbled off the coach. But there was one other straggler – all 6ft-lots of Pete from Nottingham, with a beard one could abseil from.

Heavens, I wondered, is every challenger an Everest-sized mountain man, strides eating the ground like Roald Dahl’s BFG? No, I soon found; we are all shapes and sizes, and ages.

Most days I shared either a rest break or part of the walk with one or several others. Before the challenge even began, I had shared my train journey up with Andy from Newbury – it helped the eight-hour journey speed by – and the coach journey with Scots Nicole and Laura. Most days up to Braemar I said hello to Liz from Dunfermline, one of the few challengers I knew before – we’re both busy in the Mountain Bothies Association. In Fort Augustus I found out much challenge lore from Russ from Taunton, a 16-timer.

The challenge attracts many from overseas. I joined Markus from Austria for the enchanting walk through the Morrone Birkwood before Braemar. He much prefers walking in Scotland to his native land (fewer waymarks!), and as well as repeat challenges has set up the 200-mile Wester Ross Trail. I told him that Epping Forest was worth a visit.

One of the most definitive experiences of my challenge was my evening meal that night. I sat alone in the bar of the Braemar Lodge Hotel, having booked a table for one, then recognised one challenger, then another, until finally we sat down as a table of eight! We included a Canadian and two sisters from the Netherlands. The experience leads me to propose the collective noun for a group of challengers as a ‘conviviality’.

One tip: don’t try to guess a challenger’s age. The challenge, I found, acts as a something of an elixir of youth, easily scrapping a decade from most age estimates. It even worked for me, in the bar at Montrose at the end. Thank you, Andy from Crystal Palace!

People who helped us

Many Highland communities go out of their way to celebrate the challenge as it passes through.

Tea and scones at Alltbeithe hostel!

Cougie Lodge, a pony-trekking centre deep in forestry south of Glen Affric, has meals and accommodation for challengers

Laggan Coffee Bothy, half a day from Newtonmore, suspends its Wednesday closure in challenge week

Newtonmore Hostel. Sue Oxley and Ali Ogden, who run the hostel with their partners, met on the challenge in 2006 and now co-organise it. Each year, one takes part while the other leads a small team that monitors challengers’ progress, and 1000 other tasks.

Tarfside. My intended route by-passed the village, but so many people said ‘you must go to Tarfside’ that I did. ‘By Challengers for Challengers’ is the slogan, with food, drink and, for the lucky few, accommodation, but the village positively welcomes tents on the green.

Hedzup. My personal favourite as I had it all to myself. Just down the glen from Tarfside, this outdoor education charity opened especially on the second Monday for the challenger hordes. Alas, I was the only one! The gate was opened especially for me, and I could not refuse a free bacon bun.

These, of course, were those on my route; I’m sure many communities and businesses across the area welcomed our happy band, wherever they were. A quick name check, too, for Katy the physio.

I walk for many reasons: the physical exhilaration, the joy at being in grand scenery, the self-reliance; the isolation and the camaraderie. The challenge offers all, in multitudes, and surpassed my expectations.

It wasn’t just fear of physical frailty that bedevilled me before I set out. All my life, I’ve had firm views about how societies could live in common cause, and it’s been hard in recent years to see many of the ideals I’ve cherished struck low by ‘leaders’ who whip up division at every turn. This, plus the denial of what we are doing to our climate.

The challenge proved to be both a physical and mental reset. The exertion meant nine hours of easy sleep every night; and the lack of connectivity meant I had no ability to scroll down the news sites for some new horror about which I could personally do little. It’s early days since my return, but there’s no doubt I’ve been on a more even keel.

I shall be a challenger again. 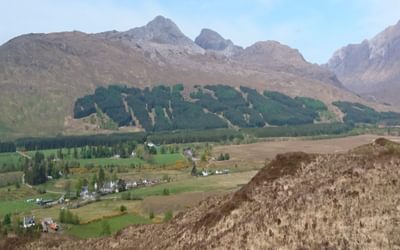 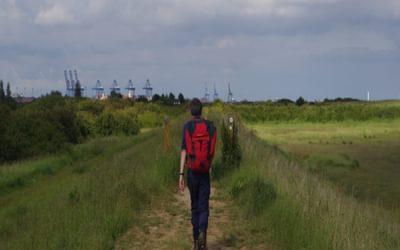 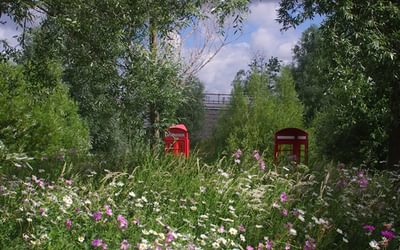 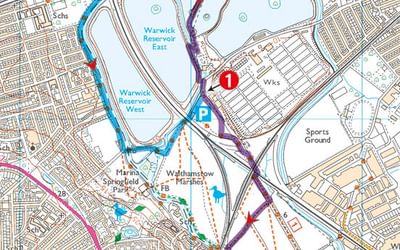 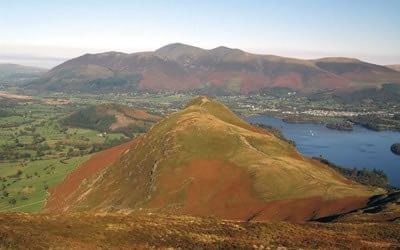 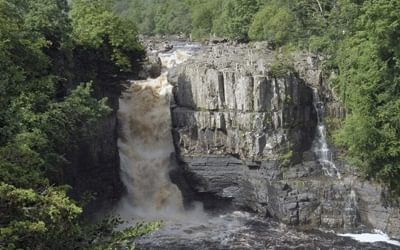