From the source to the Rhine at Koblenz

A guidebook to the Moselle Cycle Route. Cycle the entire length of the Moselle river, from its source in the Vosges Mountains in eastern France to its confluence with the Rhine at the west German city of Koblenz. Suitable for cyclists of all experience levels, the 512km route is well-waymarked and the route is mostly on well-surfaced cycle tracks.

route can be cycled at any time of year, but best between April and October

route from Col de Bussang to Koblenz, passing through Nancy, Metz and Trier, with extra excursions from Konz and Koblenz

a straightforward cycle ride, mostly off-road on well-surfaced (mainly asphalt) cycle tracks with little ascent; suitable for all levels of cyclist, on all types of bike, although racing cyclists may wish to use the alternative routes described in the guide to avoid a few short sections of gravel.

the Vosges Mountains; Lorraine; Luxembourg; the German Rheinland; the great cities of Nancy and Metz; the spectacular Mosel gorge; the Hunsrück and Eiffel Mountains.

Overview
This guidebook provides 14 stages of route description to cycling along the Moselle river, a route that offers stunning scenery, plentiful accommodation and places to eat and drink, and straightforward cycling throughout. A well-waymarked, generally downhill 512km route, it is mostly off-road and on well-surfaced cycle tracks (mainly asphalt) with virtually no gradients, and the majority is along the riverbank or on canal towpaths. From its source in the Vosges Mountains of eastern France, the Moselle flows through the French region of Lorraine and crosses into Luxembourg then into the German Rheinland region before it reaches its confluence with the Rhine at the west German city of Koblenz.
Suitable for both veteran long-distance cyclists and for newcomers to cycle touring who wish to start with an easy-to-follow journey, the route can be completed in a week by fit cyclists, cycling two stages per day. Two weeks allow for alternative stages and optional excursions through the Saar and Rhine gorges and to visit the Boucles de Moselle and the city of Luxembourg, and give enough time for sightseeing and a leisurely riding pace.

Contents
Introduction
Background
The route
Natural environment
Preparation
Getting there and back
Navigation
Accommodation
Food and drink
Amenities and services
What to take
Safety and emergencies
About this guide
The route
Stage 1 Col de Bussang to Remiremont
Stage 2 Remiremont to Épinal
Stage 3 Épinal to Charmes
Stage 4 Charmes to Nancy
Stage 4A Charmes to Toul
Stage 5A Toul to Pont-à-Mousson
Stage 5 Nancy to Pont-à-Mousson
Stage 6 Pont-à-Mousson to Metz
Stage 7 Metz to Thionville
Stage 8 Thionville to Remich
Stage 9 Remich to Trier
Stage 9A Remich to Trier via Luxembourg City
Excursion 1 Konz to Merzig: the Saar Valley
Stage 10 Trier to Leiwen
Stage 11 Leiwen to Bernkastel-Kues
Stage 12 Bernkastel-Kues to Zell
Stage 13 Zell to Cochem
Stage 14 Cochem to Koblenz
Excursion 2 Koblenz to St Goar: the Rhine Gorge

There is no specific series of maps that provides comprehensive coverage of the whole route. For France, sheet 516 of the Michelin map Alsace, Lorraine (at a scale of 1:200,000) or sheets 314 and 307 (at a scale of 1:150,000) give an overview of the route across Lorraine without specifically showing cycle routes. As the route is under development, things change frequently and the best way to ascertain the up-to-date position is via the Lorraine tourist office, which publishes a map showing sections open, those under construction and those planned (http://lorraine.voie.verte.free.fr).

For the latter stages between Metz and Koblenz, Esterbauer Bikeline publish a cycling guide (see below), which includes strip maps of the route along both sides of the river at 1:75,000. The stretch from Schengen, on the Franco–Luxembourg–German border, to Koblenz, is also covered by a laminated folding strip map of the Mosel-Radweg (sheet 198), published by Publicpress publications (www.publicpress.de). They publish a similar map for the Saar-Radweg (sheet 617). Although these are at 1:50,000, they contain less detail and are less accurate than Bikeline guides.

Various online maps are available to download, at a scale of your choice. Particularly useful is Open Street Map (www.openstreetmap.org) which has a cycle route option showing the route in its entirety, including the planned but not yet constructed stages. This can be a little misleading, as when a track is built it does not always take the exact route originally proposed, and moreover it leaves you to make your own choice of alternative road routes to bypass missing sections.

Doing the route on a tandem

The main thing you may struggle with on a tandem are the offset barriers that are used in France to slow down cyclists and prevent them from emerging too fast onto vehicular roads. The author has had difficulty sometimes negotiating them on his ordinary cycle with panniers sticking out, which restrict clearance. With a tandem you may need to dismount to get the bike through. Pictures of such barriers can be found in the guide on p47 and p99.

The other problem is transporting a tandem to and from the start and end of the route. Neither flying nor taking a train is easy with a tandem and research will need to be undertaken.

Eurostar will not take full size bikes on their services between London and Paris or London to Brussels currently because of COVID-19. They will still take folding bikes.

A new section of cycle track has been constructed just N of Metz. This avoids 2km of cycling on a road busy with trucks through Metz port and past a huge Ikea warehouse. It adds 1km to the stage but is a significant improvement to the route. It is waymarked throughout as Véloroute Charles-le-Téméraire.

After passing under the combined road and rail bridge (bottom of p107), turn R onto a new cycle track following the Moselle (do not follow road bearing L away from river). Continue beside the river for 1.6km, then follow the cycle track bearing L and ascending to cross a new bridge over the entrance channel to Metz port. Bear R to regain the riverbank and after 1km follow the track bearing L away from the river parallel with a canal R that takes coal barges to La Maxe power station. The cycle track emerges onto a road and continues ahead to reach a crossroads. Turn R over the canal, (rejoining the route described in the guide) and R again on an asphalt track between two small canals. Continue as per description at the bottom of p109.

Latest information about getting to Fellering by train

Since autumn 2014, the best way to reach Fellering by train from London with a bicycle is to travel by Eurostar from London St Pancras to Paris Gare du Nord. Trains which carry cycles run hourly throughout the day with a journey time of approximately 3hrs. Reservations for your cycle are required (through Eurostar baggage +44 844 822 5822) at a cost of £30. There is no need for bicycles to be boxed and cycles travel in a dedicated compartment in the same train as the one you travel on.

After arrival in Paris you need to cycle from Gare du Nord to Gare de Lyon following three 'grands boulevards' (wide 19th-century avenues) on an almost straight 4km route. Go ahead opposite the main entrance to Gare de Nord along semi-pedestrianised Boulevard de Denain. At the end turn L into Boulevard de Magenta and follow this to reach Place de la Republique. Continue round this square and leave on opposite side by Boulevard du Temple, becoming Boulevard des Filles du Calvaire and Boulevard Beaumarchais, to reach Place de la Bastille. Continue ahead again on Rue de Lyon to reach Gare de Lyon station.

TGV Lyria trains, which run from Paris Gare de Lyon to Basle via Mulhouse, have four cycle spaces per train, with mandatory reservation (€10). There are six direct trains per day which take 2hr45min to reach Mulhouse, from where local trains take you on to Fellering. Total journey time from London to Fellering, allowing an hour to cycle through Paris, is typically 8hr30min.

The Moselle Cycle Route: "Am I tempted? Well, yes. This is not an area I know awfully well. Who better to take me there than Mike Wells and Cicerone?

I have used Cicerone guides for many years and have never been disappointed. The information and mapping reflect the fact that Cicerone authors know their regions very well. In my experience a Cicerone guide is a grand companion on a cycle tour and a pleasant friend in the lounge."

A great review from thewashingmachinepost - read the full review here.

"author and cyclist mike wells, in keeping with the format applied to almost all of the excellent cicerone guides, explains the moselle route in great detail, presaged by a brief history of the regions through which it travels. the latter is most helpful in identifying the heritage of many of the elderly buildings that can be seen along the way, and given the ideal travelling size of these guides, it's simplicity itself to pull the book out along the way to check prudent details... as has been consistent in the majority of the cicerone guides i have been privileged to review, the moselle cycle route is every bit worth purchasing even by the armchair explorer... should i ever be overcome by the wanderlust that seems to inhabit the minds of cicerone's authors, i have the ideal script to follow."
monday 15 september 2014
Downloads
GPX Files
Trade Information 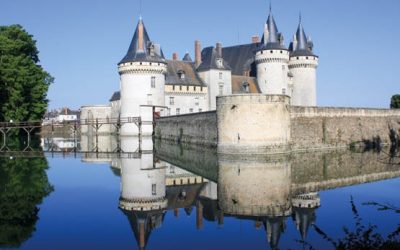 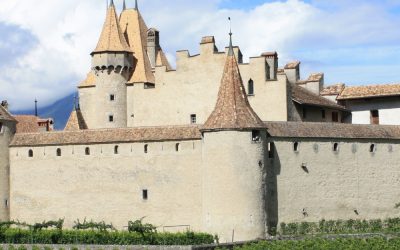 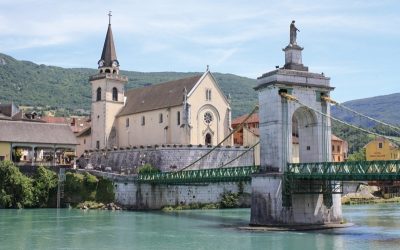 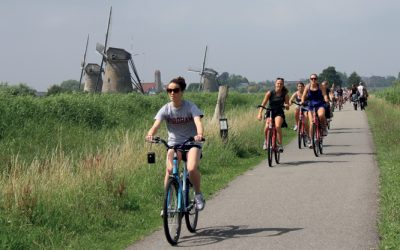 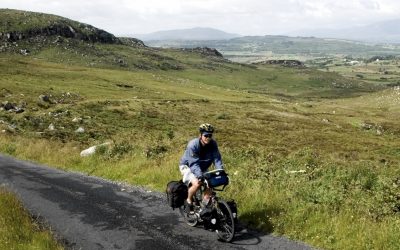 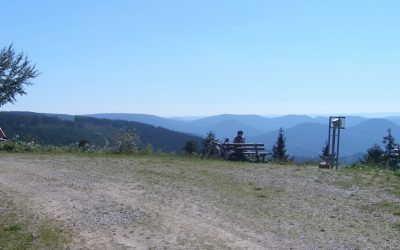