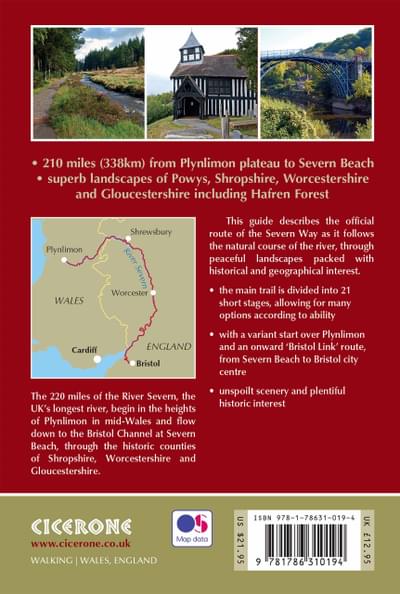 Guidebook to walking the Severn Way, a 210 mile (338km) walk through the Welsh borders. Beginning near the source of the River Severn in Powys, mid-Wales, and finishing in Bristol, the history-rich route is described over 22 stages (ranging from 3 to 14 miles), passing through the counties of Powys, Shropshire, Worcestershire and Gloucestershire.

May to September should avoid the usual periods of flooding and the muddy aftermath they bring.

main centres are Worcester and Gloucester. Other centres are Newtown, Welshpool, Shrewsbury, Bridgnorth, Stourport and Tewkesbury, plus numerous small villages and hamlets.

a regular walker should find no difficulty following the Severn Way. Once descended from the Hafren Forest and the upper Severn, easy river walking ensues all the way to Severn Beach. Equipment and clothing for day walking is adequate.

flowing through the most superb landscapes and past appealing towns and villages, the River Severn pulls together threads of history, trade, commerce, civil war and the lives of ordinary folk. It is the longest river in the UK. 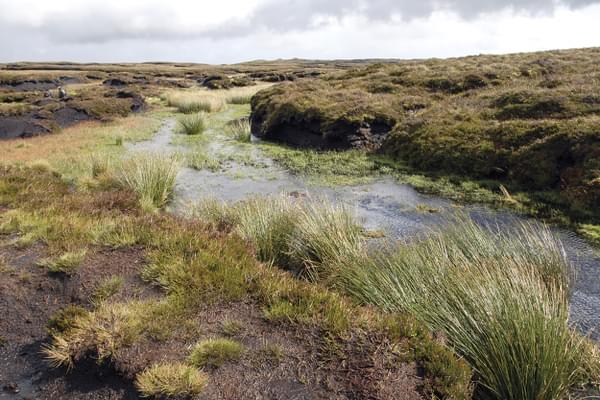 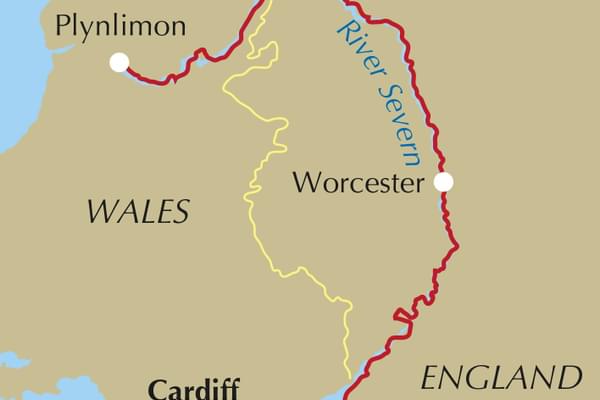 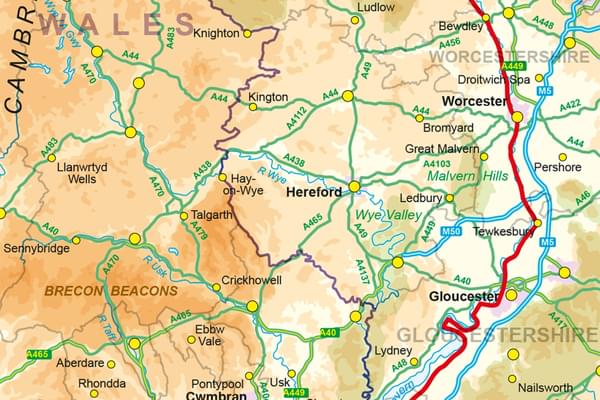 Overview
This guidebook offers all the information walkers need to enjoy the 338km (210 miles) of the Severn Way. Beginning at the River Severn's source in Powys, mid-Wales, the route follows the entire Severn Valley, meandering through many superb landscapes and interesting towns and villages before finishing near Bristol, in south-west England.

The step-by-step route description is divided into four county sections, accompanied by OS map extracts and packed with historical and geographical information about the places along the way. Also includes a route to the source of the river via Plynlimon and a link route from Severn Beach back to Bristol at the end.

The River Severn pulls together threads of history, trade, commerce, civil war and the lives of ordinary folk to produce a tapestry that is finely woven and rich in colour. That walkers should want to trace its course, its many twists and turns, is hardly surprising, not least because of its capacity to offer countless challenges and plentiful delights. Walking the Severn Way is a chance to get away from it all and relax without having to resort to distant mountain regions.
Table of Contents

Longer-term changes - THESE HAVE BEEN COMPLETED

In the long term, because this stretch of the Severn Way, notably between Longford and Sandhurst, is subject to tidal flooding, it is proposed to divert the Way from the east bank to the west bank between Tirley and Gloucester.

The west bank offers a safer route that is not subject to daily/routine tidal inundations. It mostly goes through open farmland, often permanent pasture, which is largely unenclosed with good, long-distance views. It is generally in good condition all year round, except possibly during particularly wet spells. The majority of field crossings are already gates rather stiles. It is less affected by urban-fringe activities as you approach Gloucester and benefits from taking walkers through Richard’s Wood, just north of Westgate, which is of historical significance.

Approaching Gloucester, on Alney Island, the Severn Way will follow a similar route to the Three Choirs Way. There are two pubs on the route for refreshments, at Haw Bridge and Ashleworth. 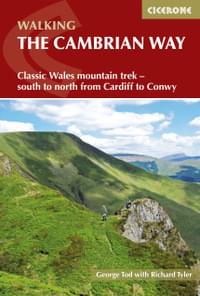 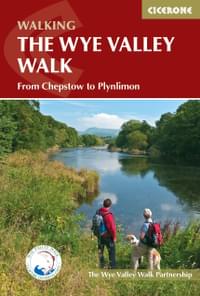 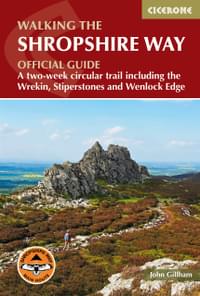 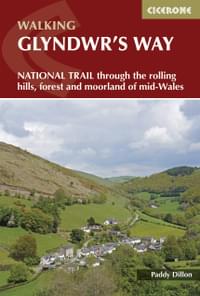 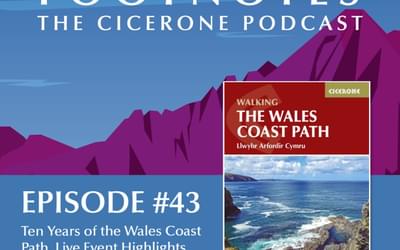 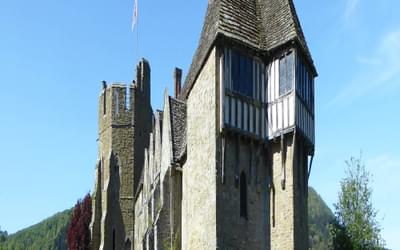 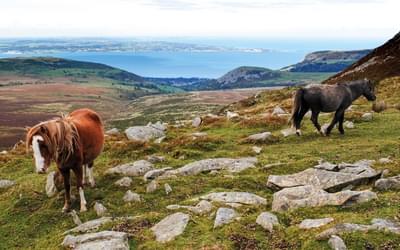 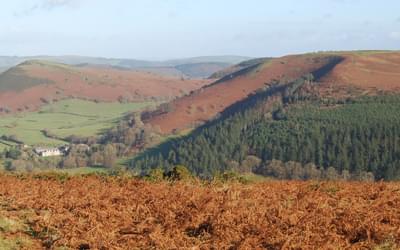 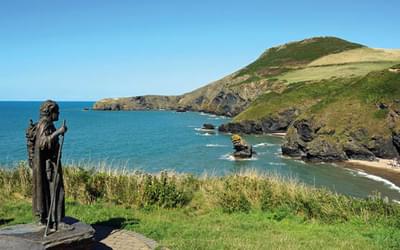