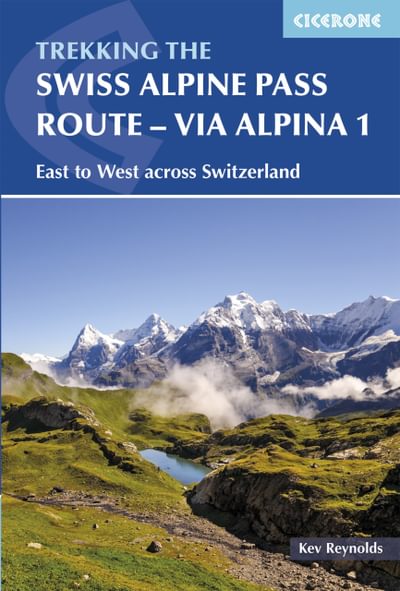 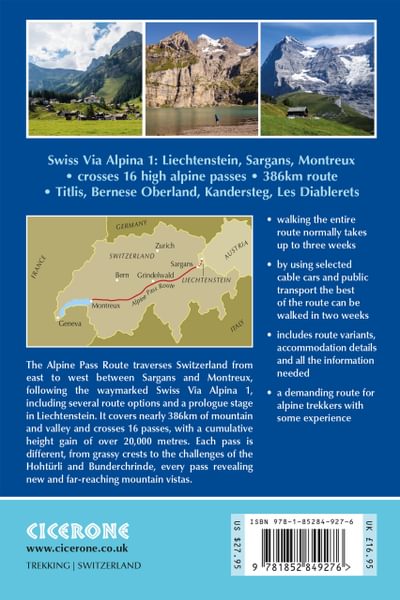 From the start of July through to September. August can be wet, and an early trek may find snow on the higher passes, so suitable additional equipment would be essential.

It's pretty tough: the route amasses over 20,000m of ascent and nearly every day involves a pass crossing. Some higher passes and ridges present occasional exposure and technical difficulty.

The Eiger, Monch and Jungfrau near Grindlewald, valley-pass landscapes every day, the Lauterbrunnen valley, the Oeschinensee above Kandersteg 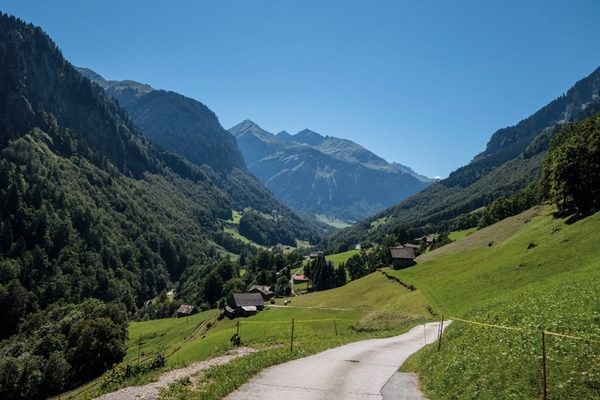 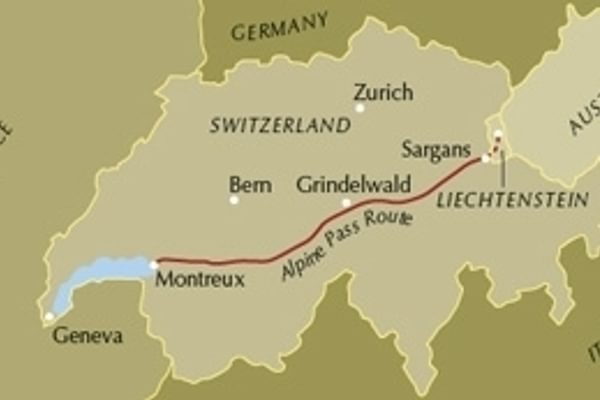 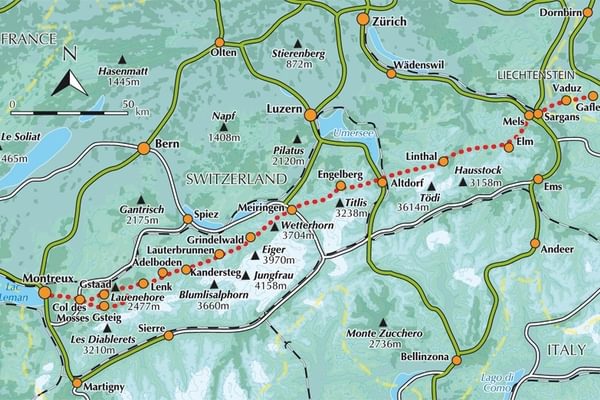 Overview
This guidebook presents the stunning Alpine Pass Route, now fully waymarked as Via Alpina 1. The 360km trail traverses Switzerland from east to west, from Sargans near the Liechtenstein border to Montreux on Lac Leman (Lake Geneva). Crossing sixteen Alpine passes, it showcases some of the country's most breathtaking mountain landscapes, boasting views of iconic peaks such as the Wetterhorn, Eiger, Jungfrau and Les Diablerets.

The route is suitable for those with some experience of Alpine trekking: it amasses over 20,000m of ascent and involves some steep sections. It can be completed in 2-3 weeks, although it is also possible to walk shorter sections; alternatively postbus, cable-car and rail connections could be used to allow for a tighter schedule.

The route is presented in 18 stages, each featuring step-by-step route description accompanied by 1:100,000 mapping, route profiles and notes on transport, accommodation and facilities. In addition, a 26km prologue in Liechtenstein and an alternative finish following the old course of the Alpine Pass Route via Gsteig are also described. Accommodation options range from mountain huts to hotels and inns, with camping available at a number of licensed sites along the route.
Table of Contents

Thanks to Lou Stone for this update to the off-route variant on Stage 5 Urnerboden–Klausenpass–Altdorf. The variant starts on P80, and is not part of the waymarked VA1 route.

The alternative descent from Äsch to Spirigen and ultimately Altdorf is no longer passable. The route is fine on waymarked paths as far as Unterschächen but the forest/riverside track after Unterschächen is closed. If you want to take this Âsch descent, either take paths from Unterschächen up to Urigen or a bus into Altdorf.

If wet, please note that the descent path to Äsch is steep, and the waymarked Via Alpina route is probably safest.

Please note the following changes to information given in the latest (2017) edition:

p56: Hotel Gemse in Weisstannen is no longer closed on Thursdays – but Tues & Weds instead

p104: Tourist information for Meiringen is now found via www.region-haslital.ch

Many thanks to author Gillian Price for these comments from their September 2017 walk through the central part of the APR.

As promised, here are my update notes for the APR route Altsdorf-Kendersteg stretch that I did in August.

Stage 6: an alternate descent is feasible (we didn't do it but others did) from the junction above Stabele p91 at the bridge. Take R fork (says 1hr 10) for Furenalp then cablecar down. NB A bus runs from the lower Furenalp station (very handy for the main route!) into Engelberg.

p101 and start p102. If you're on the ridge (via Balmeregghorn) you detour the junction mentioned with the blue route so suggest remove as it could be confusing.

p134 line 2 - ... after about 400m uphill, the Via Alpina leaves the tarmac as a path into the woods, contouring. It crosses the Schiltbach to Pension Spielbodenalp. (Suggest remove the rest as it's clearly signposted)

p136 last para - a cable accompanying the steps was lying on the ground loose and many walkers found this stretch tricky (me included).

- Instead of 'The path now descends with cables' the situation has changed to 'You now descend a stony farm lane slanting down a cliff. At the foot you reach the alp of Unter Bargl...'

The following information has been received regarding accommodation and route changes to the Swiss Alpine Pass Route:

: The route described in paragraph 2 on p145, as descending ‘a well-made stairway with fixed cables’ has changed. The way now descends a stony farm lane slanting down a cliff, at the foot of which you reach the alp of Unter Bärgli.

With accommodation in L’Etivaz (p174) being limited to Hotel du Chamois, should this be full (or closed), please note that buses run to Château d’Oex (last bus 19:04 in summer 2017) where one-star Buffet de la Gare has been recommended by a reader.

This guidebook details everything you need, including route information and details of the accommodation options along the way. An indispensable resource. 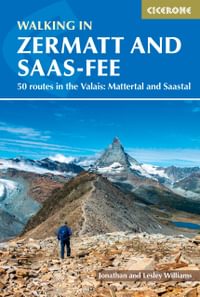 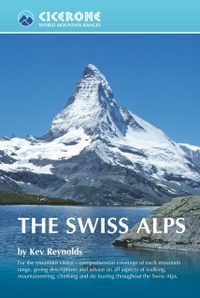 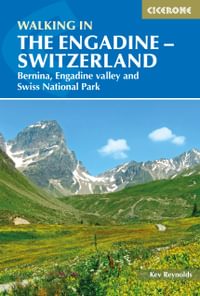 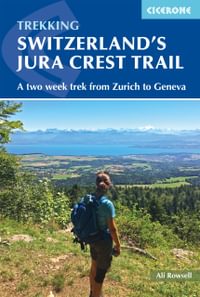 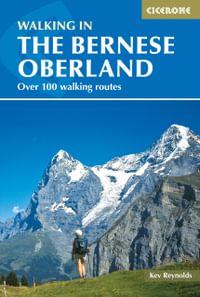 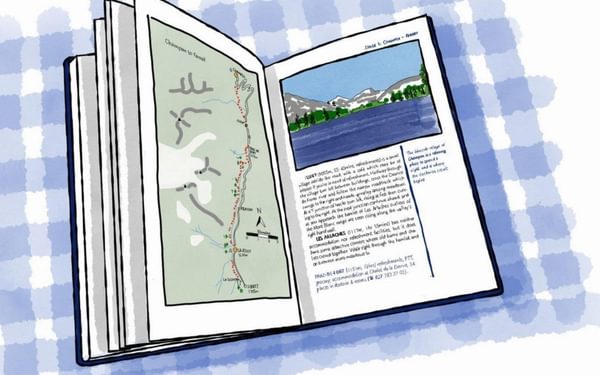 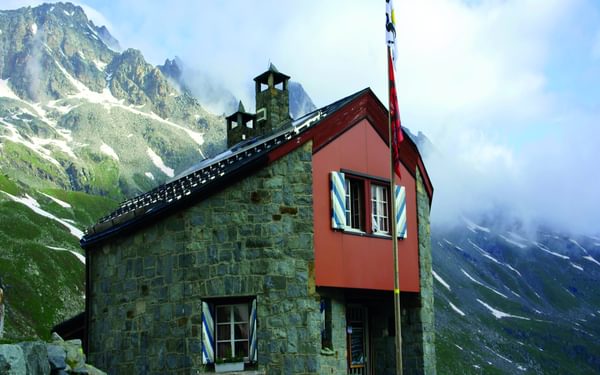 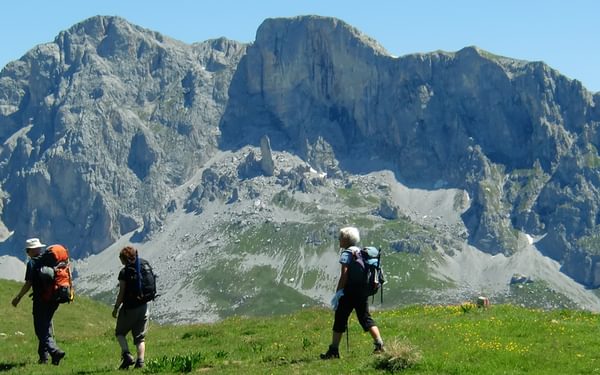 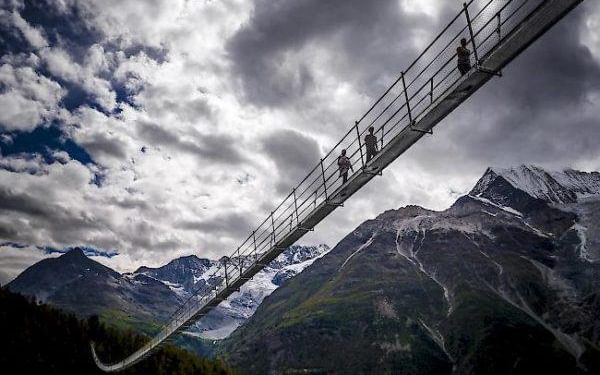 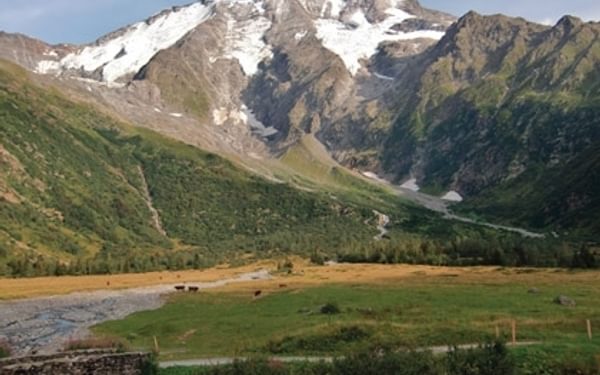 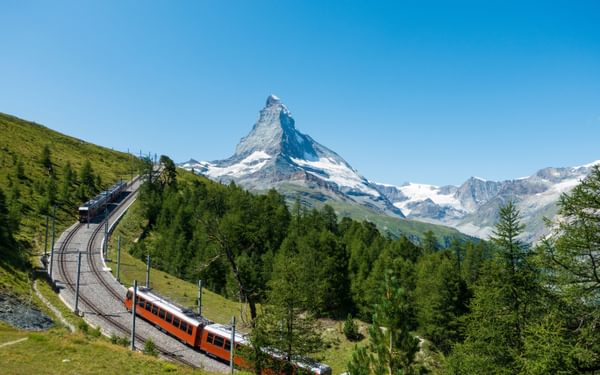