After 30-plus years of exploring her beloved Dolomites on foot, Gillian Price is amazed to discover new valleys and cosy rifugi. The newly devised Anello delle Dolomiti Friulane features prominently in the 3rd edition of her classic guide Walking in the Dolomites. This exciting loop route links four excellent mountain huts via a series of spectacular forcella passes and wild valleys where majestic ibex graze undisturbed and endemic flowers bloom. Challenging, rugged and exhilarating aptly sum up this exciting mini-trek, worlds away from the crowds in the more trodden central Dolomites.

A couple of years ago I was in the middle of updating the Alta Via 1 route for my Trekking in the Dolomites guide and had to phone Rifugio Pramperet to check if their recently installed shower was operational. I was expecting to talk to the friendly hut manager, Marika, all energy and smiles. 'No, she's not here any more. She's running Rifugio Pordenone these days,' was the reply I got. Rifugio Pordenone? Vague memories came to mind of a remote valley beyond the Piave river, on the eastern margin of the Dolomites.

I checked the hut's website and yes, there was Marika, arm in arm with her life and alpine partner, Ivan. What's more, the website featured a brand new hut-to-hut trek, the Anello delle Dolomiti Friulane in the Parco Naturale of the same name. How exciting! Out with the maps. Now I had a good excuse to drop in and say ciao to Marika in her new abode.

The train from Venice took us north up to Calalzo in the Cadore region. Nick and I walked straight out of the station onto lanes and paths uphill through dense pine forest. A few leisurely hours later the trees parted and we emerged onto an idyllic pasture clearing backed by the breathtaking rock spires of the Spalti di Toro, named after Thor, no less (early Germanic settlers used to worship him). Wow, what a place to start! Here, at 1287m, stands Rifugio Padova and the manager Paolo and his wife Barbara were helping guests to settle in; we scored a cosy dorm on the first floor with red checked duvets and inspirational views.

Later on as we were tucking into a dinner of casunzei, fresh ravioli filled with beetroot and sprinkled with poppy seeds and butter, we heard strains of music coming from the next room ­– it turned out to be the young son practising trad melodies on his accordion, encouraged by his grandmother, no less. It’s quite a family affair here at Rifugio Padova.

The ensuing stage of the trek saw us on a steady ascent, leaving the wood of dwarf mountain pine well behind on the way to Forcella Scodavacca. I've always been fascinated by the origin of place names and this one is a real beauty, an ancient tale of a courageous herder who successfully repelled invaders by shoving huge boulders on top of them. However it was at the price of losing his cow (vacca), which was buried with only its tail (coda) showing...

We reached the next hut, Rifugio Giaf, early, so lazed around in the tree-shaded garden as we knew the following few days were going to be challenging. We were also waiting for my brother, Marty, who'd been trail running across the Dolomites and agreed to join us for a few 'slow' days. He ambled in late afternoon, looking remarkably non-fatigued.

Next morning saw us set off early in light mist, but thankfully there was no rain. After a stiff climb we entered the peaceful but wild heart of the Dolomiti Friulane park. Rustling movements in the bushes revealed timid chamois, who dashed over the scree to take refuge on inaccessible cliffs. But for us a path with a curious name awaited: the Truoi dai Sclops or the 'way of the gentians' in local Friuli dialect. Much more than gentians, it turned out to be a veritable alpine botanical garden with blooms left, right and centre.

But the day held even more in store. Around the corner we spied a humble house. As we approached Casera Valbinon, Denis came out to greet us and proudly show us the facilities of this converted herder's hut that he and a local friend run each summer. It's just like what an alpine hut used to be. A roof over your head, a simple shared dormitory room, outside loo, no mod cons like running water (let alone a hot shower), and simple but guaranteed filling meals made with the supplies lugged up in rucksacks. What's more, communications are tricky as there's no phone signal (it was sounding better and better!) so the men need to walk up to a nearby knoll once a week to check on phone messages and bookings. But most of the time walkers just turn up. Nobody is turned away and the pan of pasta feeds all.

We ploughed on as a series of three spectacular forcella passes awaited. One after the other, awesome plunging scree valleys and crest after crest of rugged Dolomites.

They had intriguing names I had to look up on the map: Val di Brica, Val di Guerra (war valley), Monte Pramaggiore, Forcella Inferno (hell pass), Forcella Fantulina Alta (young girl pass), then finally Val di Suola with Rifugio Flaiban-Pacherini ­– after a long but very rewarding eight-hour day. The modest, old-style hut is run by a young couple with a child. They serve up a mean fricò, trad Friuli cheese that comes lightly fried in butter and served with polenta corn meal.

The next day we joined company with a cheery group of Italian walkers from Vicenza. With them was Dino, an elderly gentleman who was rejoicing in a recently renewed lease of life thanks to a heart transplant. He took the steep climbs slowly, at his own pace, never letting anyone rush him. And of an evening around the dinner table, his face wore an indelible smile of immense satisfaction. That morning on the way up to the Passo del Mus (donkey pass), I was distracted as some pale blue gentians had caught my eye and photos were imperative. By the time I scrambled out at the saddle, Marty had already photographed young ibex hanging around on a rock outcrop.

Down the other side it was Saturday night at Rifugio Pordenone and the place was heaving, but Marika and Ivan found time to greet everyone – us included. But I was impatient – I was dying to know if the gentians I'd photographed were indeed the prized endemic I'd read of – Froehlich's gentian. I was in luck as one of the hut helpers was a botany graduate who promptly dashed off for her flower books. Laura was as excited as I was ­– and yes, I'd got it right! The main identifying feature of this delicate flower that blooms in clumps on scree slopes in the Friuli Dolomites is its twirly calyx at the base of the slim pale blue trumpet.

More excitement was in store as we were instructed by the staff to go check out the local celebrity – the rock needle Campanile di Valmontanaia.

I'd been hearing about this renowned natural feature for years as the keen climbers at the Venice branch of the Italian Alpine Club CAI rave about it. Its claim to fame: it's set in a rock basin but the needle itself shoots 300m up into the air, a great rock climbing challenge. Those who make it to the top get to ring the bell that was installed there in 1926 (campanile means bell tower in Italian). We admired it from a lovely belvedere platform.

On Day 4 Nick and I took our time ascending the next vast valley, Val Montanaia di Cimoliana. At first this entailed zigzagging over veritable rivers of scree. There was no path as such but the obvious way was marked with the occasional cairn or knobbly pole sticking up – painted waymarks are all but impossible here as the loose mobile gravel changes position with every rainfall and winter snowmelt. It was steep going so with the excuse of learning the names of the soaring campanili spires that occupied the skyline ahead, we stopped a lot to catch our breath.

The higher realms meant grassy basins where I could indulge my passion for wildflowers before it was back to scree for a spectacular traverse beneath the jagged Cresta del Leone. And here we met walkers coming the other way. 'Are you Gill and Nick?' they enquired anxiously. How on earth did they know our names? 'Your panini are at the pass,' they kindly informed us. And soon at 2290m Forcella Leone was a paper bag containing our cheese rolls, anchored by a stone just out of beak reach of the scavenging choughs. We'd forgotten that Marty was carrying our lunch supplies and he'd powered on, far ahead of us snails. Worried that we'd miss the bag, he'd instructed passing walkers to let us know, and thankfully the message was dutifully relayed down the mountainside. Needless to say we enjoyed every single crumb, before embarking on another knee-testing scree descent, yet another stiff climb and final return to Rifugio Padova where we were greeted ­– and feed and watered – like champions. 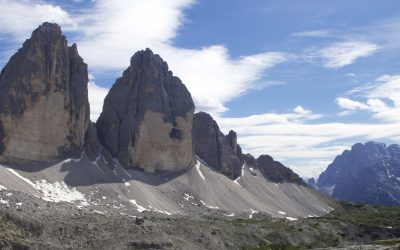 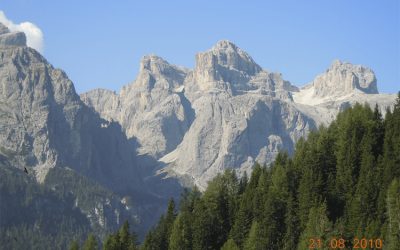 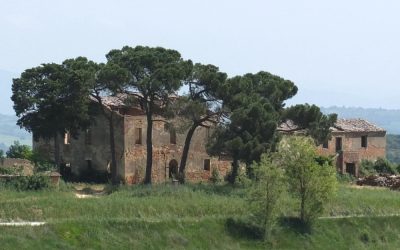 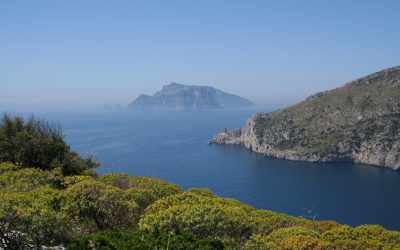 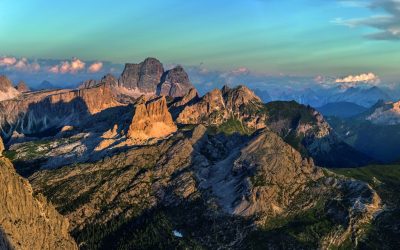 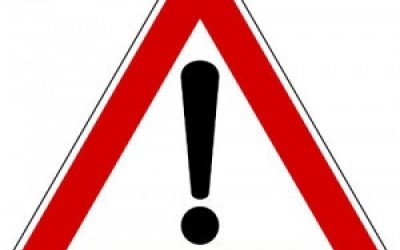