Walking the Corbetts describes routes up all 112 Scottish Corbetts (Scotland's 2500-2999ft mountains) south of the Great Glen, covering the Southern Uplands, Southern Highlands, Cairngorms, Jura and Arran. These Scottish hills are every bit as interesting as the Munros, and often clear when the Munros are in cloud. Part of a 2-volume set.

The Corbetts can be climbed at any time of year, but this guide assumes readers are climbing when the hills are free of snow.

Many of the Corbetts are rarely climbed which means that often the only paths are animal tracks. This does mean that the going can be relatively tough and navigation can be demanding in mist. Very few of the Corbetts in this volume involve any scrambling, but many involve ascents and descents on steep slopes.

112 highlights in 95 routes, including Merrick, The Cobbler, Goatfell, Morven and Ben Vrackie

Overview
The Corbetts (Scotland's 2500-2999ft mountains) are every bit as interesting as the Munros (3000ft and over), often clear when the Munros are in cloud, walkable on short winter days and free of the peak-bagging crowds of their taller neighbours.

Walking the Corbetts is divided into two volumes. This guide covers the Corbetts to the south of the Great Glen, which runs from Fort William to Inverness and includes the Southern Uplands, Southern Highlands, Cairngorms and also the islands of Arran and Jura. Choosing the best, rather than the quickest routes up each summit the author covers 112 Corbetts described in 95 routes, illustrated with custom 1:100,000 mapping.

South of Glasgow and Edinburgh are the moorland hills of the Southern Uplands, where seven peaks rise to Corbett status. In the Southern Highlands plenty of interesting Corbetts provide spectacular views of the Munros with easy access from Edinburgh and Glasgow. The Corbetts of the Eastern Highlands and the Monadhliath Mountains sit in sprawling heather plateaus, ideal for those seeking solitude. The South-West Highlands is known for its rocky peaks in places like Glen Coe and the highlights are probably Arran and Jura, with their similarly rocky and isolated summits.
Table of Contents

Appendix A Alphabetical list of the Corbetts
Appendix B Useful information

The 1:100,000 maps in this guide are good for planning purposes and will give you a general idea of the route, but they don’t give enough detail for accurate navigation in difficult conditions. For this reason it is essential that you carry the relevant maps.

The Ordnance Survey (OS) 1:50,000 maps, available in paper form or for GPS devices, are very good and should be all you need to follow the recommended routes. In popular areas updated OS 1:25,000 maps are available but not really necessary. Probably the best maps are the Harvey maps (mainly 1:40,000) but they don’t have full coverage of the Scottish Highlands.

The contour lines on all of these maps are remarkably accurate and should be seen as your main navigational tool. Inexperienced walkers going out in good visibility should learn to relate contours to the ground so they are better prepared if they get caught out in mist.

You should always carry a good compass (those produced for orienteering by Silva and Suunto are probably the best). In good visibility it should be sufficient to use the compass to orientate the map, so that north on the map lines up with north on the ground. At present, magnetic north is near enough to grid north not to have to adjust for magnetic variation. Learn to take bearings from a map and follow them using the compass in clear conditions, before you find yourself having to navigate in mist.

The most difficult thing in navigation is knowing how far you have travelled, which can be important when navigating in mist on Scottish hills. In extreme conditions it may be necessary to pace-count to measure distance – practise this skill in good conditions, so that you are prepared.

If you are experienced at using map and compass, a GPS device is not essential for navigating the Corbetts. However, even experienced mountain navigators will find it can make navigation easier in mist and the less experienced might find that using a GPS device allows them to navigate safely in poor visibility.

Following a survey by John Barnard and Graham Jackson, Cnoc Coinnich has been upgraded from Graham to Corbett status. The new height has been accepted by the Scottish Mountaineering Club, the guardians of the tables, and by the Ordnance Survey.

Cnoc Coinnich (NN 22346 00772): Formerly 761m, now 764m. It is situated about 3km E of Lochgoilhead which provides the easiest approach to the mountain. It is joined to the Brack by a saddle at about 476m and a strong walker could combine it with Ben Donich and The Brack using the route described in the Route 12 of the guide.

‘A comprehensive guide that covers ascents of the 112 Corbetts – peaks between 2,500 and 2,999 feet in height – south of the Great Glen. There are 95 routes in all, from the Southern Uplands to the Cairngorms, Jura and Arran, with many likely to convince even the most committed Munroist that there is life below 3,000 feet.’

...This is an excellent guide and would be very useful for both the casual hillwalker visiting Scotland for the first time and the serious Munro bagger looking to broaden his (or her) horizons.

…the guide is as much about exploring the glens as it is about climbing the peaks.

The guide achieves Cicerone’s usual high standard of presentation, with helpful maps and plenty of photographs to whet the appetite.

'Detailed route descriptions are backed up with information about the history and environment. Also included is a wealth of practical advice and information about local accommodation and other amenities, to enable one to plan a holiday based on these walks.' 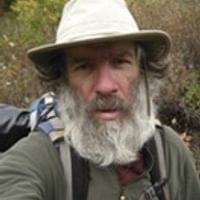 Since taking early retirement from his career as a physics and sports teacher, Brian Johnson has found time for three thru-hikes of the Pacific Crest Trail, a 2700-mile round-Britain walk, three hikes across the Pyrenees from the Atlantic to the Mediterranean as well as a single summer compleation of the Munros and has climbed all the Corbetts in Scotland. He has also completed a 2200-mile cycle tour of Spain and France and done multi-week canoe tours in Sweden, France, Spain and Portugal. A keen climber and hiker, he has led school groups in Britain, the Alps, the Pyrenees and California and has completed ten traverses from Atlantic to Mediterranean on the Pyrenean High-Level Route, GR11 or GR10. As a fanatical sportsman and games player, he has competed to a high standard at cricket, hockey, bridge and chess. His crowning achievement was winning the 1995/96 World Amateur Chess Championships. 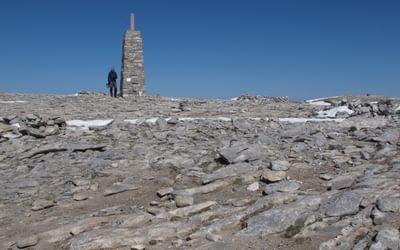 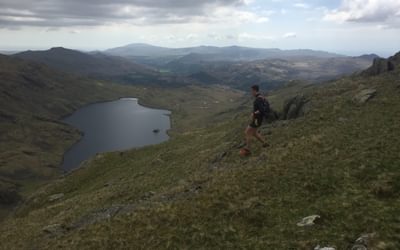