Which coastal path should you choose? 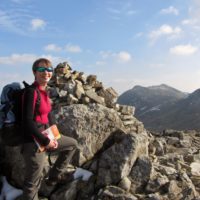 Choosing your next trip can be tricky, especially when you’re presented with a range of great options. Even if you’ve narrowed it down to a particular type of holiday, there are still so many to choose from. This is Cicerone’s guide to choosing a long-distance coastal path.

Well served for transport and facilities (especially Norfolk) and offering easy, mainly flat walking, the Norfolk and Suffolk Coast Paths are perfect for beginners or those seeking a gentle option. In East Anglia you can expect big skies and wide horizons. The Norfolk coast boasts a wealth of historic remains, including a Roman road, Bronze Age tumuli, castles, churches and windmills, as well as traditional British seaside resorts. The Suffolk Coast and Heaths AONB comprises a unique landscape of cliffs, marshes, dunes and shingle beaches. The two routes could easily be combined to form a longer trek, and there are countless options for excursions and day walks in the region.

Western Ireland is a perfect destination for cyclists, with many miles of quiet country roads and fantastic scenery. The Wild Atlantic Way stretches some 2500km along Ireland’s Atlantic seaboard. Although officially a driving route, it can easily be adapted for cyclists (as Tom Cooper recommends in the Cicerone guidebook). The scenery is both varied and beautiful, from the sweeping wilds of Donegal to the sea-cliffs of counties Clare and Cork, via deserted beaches, wind-swept headlands and tiny harbours. It’s a fantastic immersion into Ireland’s history and culture, with opportunities to visit historical and religious sites along the way. The vibrant towns and villages offer a true Irish welcome – not to mention characterful pubs where you can enjoy traditional music and refreshment after a long day in the saddle. What more could you ask?

The Lleyn Peninsula in North Wales is similarly rich in both culture and vistas. From the quiet country roads, you can admire the attractive bays and inlets, as well as great views across to the mountains of Snowdonia. Green fields and heather-clad hills sweep down to craggy cliffs; small harbours nestle in sheltered inlets. The route takes in Criccieth, with its commanding castle; Abersoch beach, a popular surfers’ paradise; and views of Bardsey island, famous both for its religious significance and for its wildlife. All in all, the coastal path is a wonderful celebration of North Wales, its inspiring landscapes and fascinating heritage.

At just 33 miles, Northern Ireland’s Causeway Coast Way is one of the shorter coastal trails, but it certainly has a lot to offer. The iconic basalt columns of the Giant’s Causeway are world-renowned; however, there is much more to the North Antrim coastline than just the causeway and the whole area is a geologist’s paradise, with volcanic plugs and unconformities aplenty. The scenery is varied: you’ll find sweeping golden sands at White Park Bay, just a few miles from striking cliffs and sea-stacks. There’s history, too – dramatic cliff-top castles, prehistoric sites and a Spanish shipwreck. Other highlights include the Carrick-a-rede rope-bridge and picturesque Ballintoy harbour, which featured in the HBO blockbuster Game of Thrones.

Were it not for the somewhat unreliable Welsh weather, Pembrokeshire’s beaches could easily rival any in the Med or even the Caribbean. While the shingle coves are attractive, the sandy bays are particularly beautiful: if the weather is fine, you might find yourself easily tempted to linger. Much of the walking is along cliff-top paths, offering captivating views of the cliffs, stacks and natural arches, as well as the rock-hugged beaches. It is also worth setting aside a half-day to visit St David’s, the UK’s smallest city and home to a majestic cathedral.

If you’re familiar with British medieval history, you’ll know the name of Lindisfarne: the ‘Holy Island’ was an important site of Celtic Christianity from the seventh century, its priory famously falling victim to Viking raids. However, Lindisfarne’s iconic castle and priory ruins are by no means the only historic sites in the county. From the defensive pele tower at Cresswell to the fortifications and bridges of the medieval border-town of Berwick-upon-Tweed, Northumberland is steeped in history and, walking this scenic coastline, it’s difficult not to reflect on those who have walked these paths before us.

If you’re looking for geology… try the Jurassic Coast

To follow the Jurassic Coast – a UNESCO World Heritage Site – is to walk through time. As with many of the coastal paths on this list, the Jurassic Coast boasts considerable variety, taking in beaches, sea stacks and cliffs. But for many visitors, the main attraction is its fascinating geology. The coastal path is a fantastic route from which to marvel at the arches, stacks, pinnacles, limestone folding and stratification. And if – like Lyme Regis’s famous past resident Mary Anning – you are blessed with a keen eye, you might be lucky enough to spot fossils.

Although in danger of being overshadowed by Scotland’s mountain landscapes, the Scottish coast is beautiful, too. There are many scenic highlights, including the Rhins of Galloway, Fife, Moray and Caithness – to name a few. The Ayrshire and Arran Coastal Paths are wild and beautiful and yet, surprisingly easy to access. Arran has often been described as ‘Scotland in miniature’ and as you circumnavigate the island, you can enjoy great views of its jagged peaks, as well as across the Firth of Clyde to Ayrshire and the Kintyre Peninsula.

The Isle of Man Coastal Path (Raad ny Foillan) is something of a hidden gem, offering 98 miles of unspoilt landscapes. Even though you will seldom be far from a road or village, there are many sections of the route on which you might not encounter another walker. Yet for all it is overlooked, the route has everything the coastal walker could wish for – striking sea cliffs, craggy headlands, glens, sandy beaches and shingle strands, as well as numerous sites of historical interest and rich plant, marine and birdlife. Overnight stops range from Victorian seaside towns to colourful fishing villages and quiet havens.

Although not officially a coastal path, the 155-mile Hebridean Way includes long stretches of coastal walking and in the Outer Hebrides you are never far from the sea. The route links 10 islands – Vatersay, Barra, Eriskay, South Uist, Benbecula, Grimsay, North Uist, Berneray, Harris and Lewis – by means of causeways and two ferry crossings. A celebration of all that is special about the Hebrides, the trail takes in dazzling white shell beaches, wild moorland and flower-strewn machair. There’s natural, historical and cultural interest aplenty and great opportunities to observe the Western Isles’ abundant marine and birdlife.

At 630 miles, the South West Coast Path is no Sunday outing (although many a happy Sunday stroll has undoubtedly been enjoyed there!). But it has often been said that ‘with great endeavour comes great rewards’ – and that is certainly true of the SWCP. Heritage, wildlife, geology and scenery combine to produce the perfect coastal route, taking in a wide variety of landscapes, in addition to characterful towns and picture-perfect villages. Stretching from Minehead on the Somerset coast through Devon and Cornwall to Poole in Dorset, the route incorporates the Jurassic Coast, as well as Exmoor National Park, five AONBs and various nature reserves and SSSIs. Accommodation, refreshments and transport are widely available (although advance booking is recommended due to the popularity of the region) and it is easy to break the route into shorter sections, should you not have a spare six weeks for a complete thru-hike. This is Britain’s ultimate coastal challenge… unless, of course, you fancy hiking the entire British coast... Gap year, anyone?*

* Incredible though this challenge may sound, there are some who have completed it – and others who are in the process of doing so (see the British Walks website for details). The total distance walked generally varies between 4000 and 7000 miles, depending on which route is taken and which islands are included. 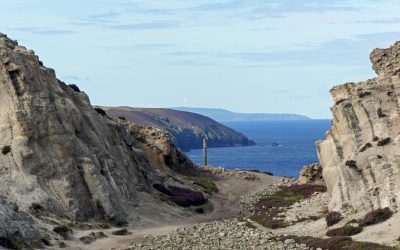 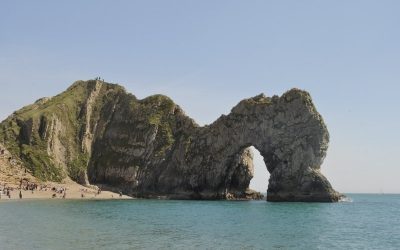 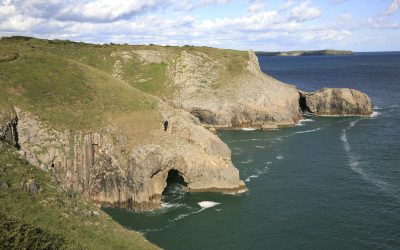 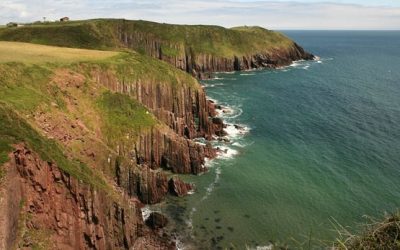 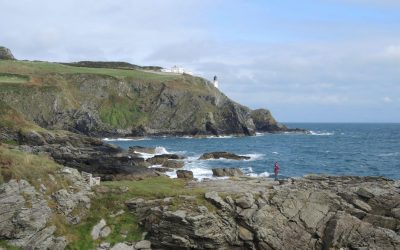 Walking the coastal path on the Isle of Man 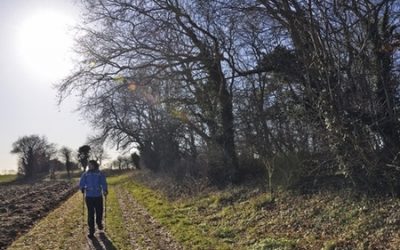