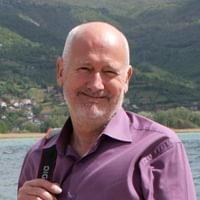 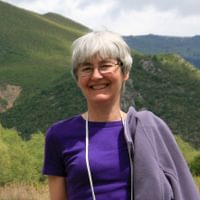 Would you like to go walking in the Lune Valley and Howgills? Dennis and Jan Kelsall, authors of the Cicerone guidebook, share the essentials.

I’ve never heard of the Howgills, or the Lune Valley for that matter…

Well, that's actually part of the attraction – until recently, much of the area has been a bit of a no-man's land between the English Lake District and the Yorkshire Dales and thus tends to get ignored by those heading for the bigger name destinations.

Where is the Lune Valley and the Howgills?

If you've ever driven north along the M6 beyond Lancaster, you'll have passed by the Howgills, the rearing mass of hills rising on your right as you pass through the Lune Gorge between the Sedbergh turn-off and Tebay. The motorway crosses the River Lune just north of Lancaster and again at Tebay (four times in fact), having run above it through the gorge, although there, the river's largely hidden from view below the West Coast main-line railway.

Some 85 kilometres (around 53 miles) long, the Lune's catchment extends over 1,100 square kilometres (425 square miles) of deserted hills and beautiful countryside. Following boundary changes in 2016, much of the area north of Kirkby Lonsdale now lies within either the Lake District or Yorkshire Dales national parks, while further south Lunesdale encroaches on the Forest of Bowland Area of Outstanding Natural Beauty. The area encompasses almost all the Howgill massif, the western outliers of the Yorkshire Dales (including the summit of Ingleborough) and the northern fringe of Bowland, as well as a corner of the Shap Fells and the southern flank of Great Asby Scar. So, there's plenty of high, wild ground to explore, but there's a gentler side too, in quiet, meandering valleys, rolling lesser hills and a winding, tidal estuary, through which the river ultimately escapes to the sea.

What's the walking like in the Lune Valley and the Howgills?

No collection of walks featuring a river would be complete without an excursion to seek out its source, which can be found high on the flanks of Green Bell, the most northerly of the Howgill summits. These hills offer no lack of challenge for hill walkers; in steep ascents, long days and an eye to navigation (particularly in poor visibility), but the rewards are amply repaid in fine views, secluded valleys, a lightly-pathed landscape and encounters with the wild ponies that freely roam the hills. Across the Lune Gorge, little-visited rolling commons and the 'other' Borrowdale offer a quiet escape from the busyness of everyday life.

Further south are walks that feature stretches of the Lune itself as it passes through the gorge, and its tributaries that converge below Sedbergh, one of only three significant settlements along the whole course of the river. Around Kirkby Lonsdale, another interesting town with an historic bridge, routes explore the westernmost outcrops of the Yorkshire Dales, Middleton and Barbon fells, as well as the rolling, farmed countryside that rises above the other side of the river. Downstream yet again, there are walks exploring riverside paths, but also venturing onto the heights of Caton Moor and into the lovely valley of Roeburndale.

Approaching Lancaster, the river passes beneath the Lancaster Canal, carried high above on a late 18th-century aqueduct designed by John Rennie. Both waterways played a part in making Lancaster great, once one of the country's busiest ports, and there is a rich heritage that extends back to Roman times.

The mouth of the river, marked by a small light and the ruin of an ancient abbey, is equally interesting, once a vast tidal marsh but now largely tamed by embankments to create rich grazing and farmland. During the 18th century, ports grew on either bank to accommodate ever-larger ships that could no longer sail upriver to Lancaster. Cut off by road at high tide, Sunderland's enigmatic quay is now all but deserted, but Glasson has found a new lease of life as a leisure marina for both canal and sea-going craft.

In addition to the circular walks, there's a suggested outline for an end to end route. Take your time to enjoy the sights along the way or don your running shoes – the full course of the river has been trotted in around 9½ hours.

The area is an all-year destination, although as already mentioned, poor visibility days on the Howgills demand expertise in navigation. As with many British walking areas, spring and autumn are often the most captivating, when the hill grazing, hedge banks and woods come alive with a profusion of wildflowers and singing birds and then the colours of the trees and moors begin to turn in the shortening days. But, the height of summer and the crisp, clear days of winter can be equally enchanting.

For those planning a holiday or short break, there's a good choice of bed and breakfast and self-catering accommodation in and around the area as well as several camping sites and hostels. Pubs and cafés close to each walk are noted in the text, but you'll find others scattered around the neighbouring villages offering appetising home cooked food and often a selection of real ales. Alternatively, seek out the local bakeries and delicatessens in Kirkby Lonsdale and Lancaster (as well as the Smokehouse at Glasson Dock) for the makings of a good picnic.

Car parks, where available, are indicated in the text, otherwise take care not to cause obstruction of either the lane or field access. Note that public toilets exist only in the larger towns and there is not much in the way of public transport away from the main centres.

An impossible question, as everyone will have his or her own passion. But for us, watching the sunset across Morecambe Bay, coming across deer and badgers in Roeburndale, a picnic beside the river above Sedburgh, a wander through Borrowdale and a frosty day across the Howgill tops all take some beating.

Further information on the Lune Valley and the Howgills

The guidebook to Walking in the Lune Valley and Howgills by Dennis and Jan Kelsall paints a broad topographical and historical background to the area and includes 40 described walks.

You'll find more walks within the area included in the two-volume Yorkshire Dales Walking Guidebooks by the same authors. There are also plenty of guidebooks to the Lake District as well as guidebooks to the Forest of Bowland and Lancashire.

The authorities for the areas provide further information: 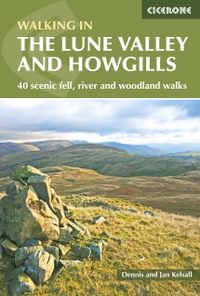 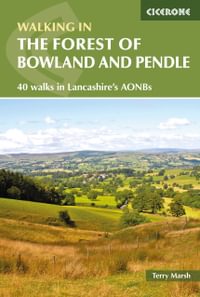 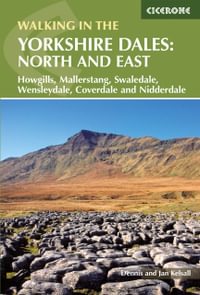 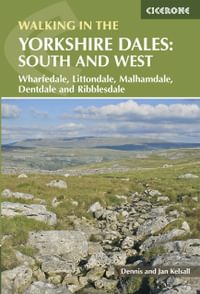 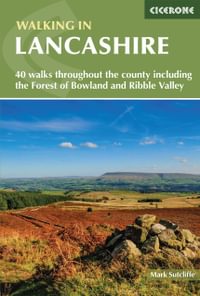 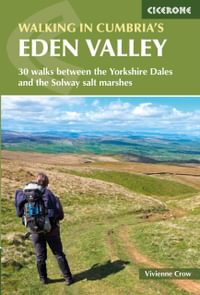 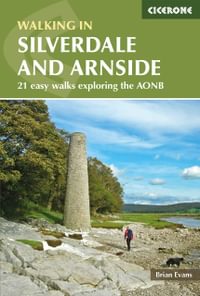 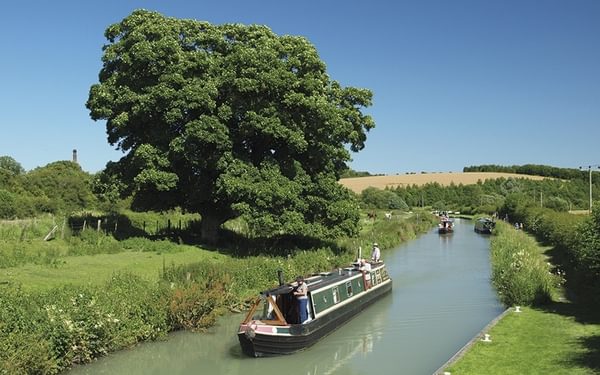 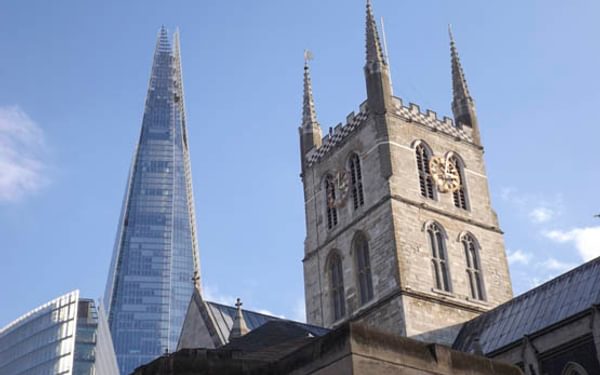 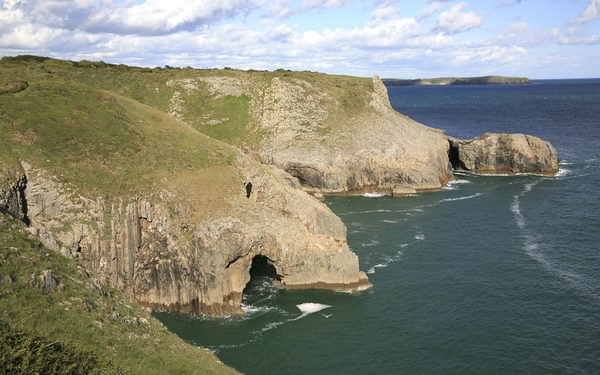 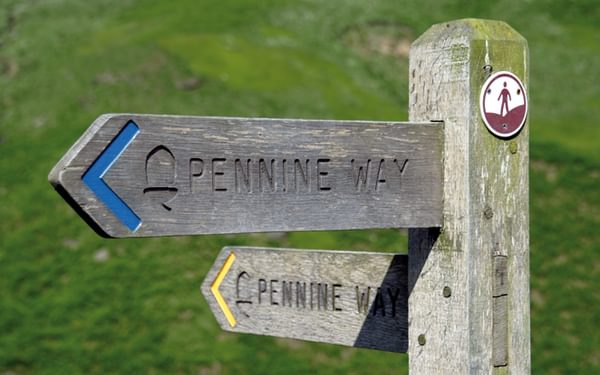 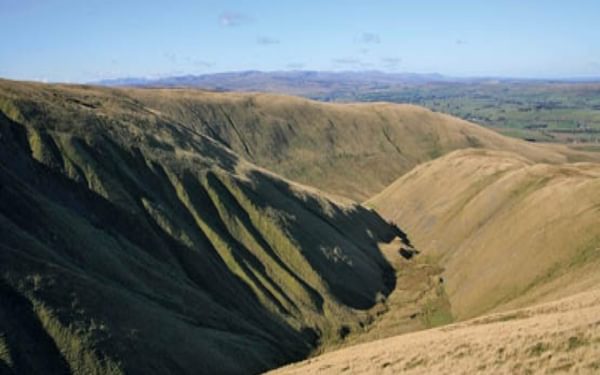 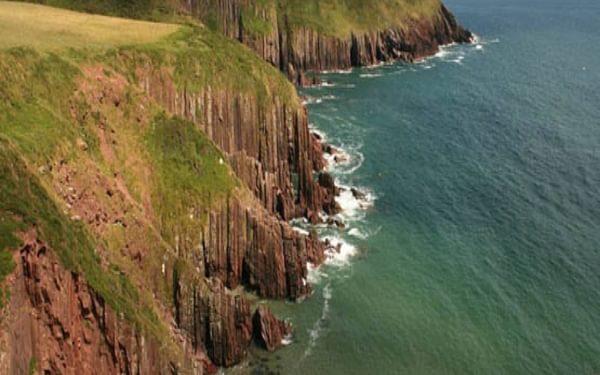