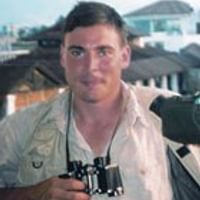 James Roberts finished work on his guide to Romania just before his untimely death in 2002. Since the revolution he had spent more than half of every year in Romania and had travelled throughout the country. An experienced solo backpacker here, as well as in the Himalaya, the Atlas and other areas, he worked as a leader of mountain-walking and wildlife groups. Married to Elena, a Romanian, James spoke the language and had an unrivalled knowledge of the country, having explored every massif solo on foot. With his detailed knowledge of the human and natural history of the country, he was an expert interpreter of the Romanian scene.