How things have changed at Cicerone, and in the world

Lesley Williams looks back over the history of Cicerone (nearly 50 years!) and how things have changed, not only here, but in the world.

Although Cicerone’s home has been at Police Square in Milnthorpe for around forty years, it was not the publisher’s first home. The business was born and evolved in two locations, the living room and cellar of Harmony Hall, home of the late co-founder Walt Unsworth and his wife Dorothy, and a small printing works in Preston run by Brian and Aileen Evans.

Up until about eighteen years ago, Police Square provided relatively spacious accommodation for the business. Walt made the publishing decisions, while Dorothy was in charge of running the day to day operations, along with two part-time ladies, and an editor who popped in on Mondays! Meanwhile the layout and printing of the guides was handled by Brian and Aileen Evans in Preston. Books were warehoused in our own small warehouse just outside Kendal, and distributed to all corners of the world from the office in Milnthorpe. It was a less complicated world when Jonathan and I took over! 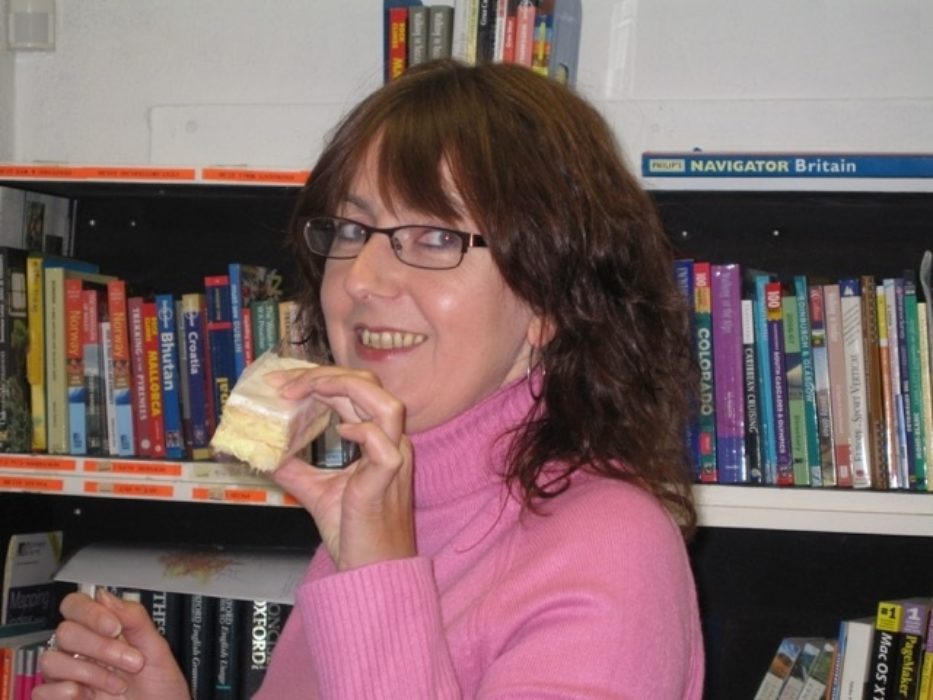 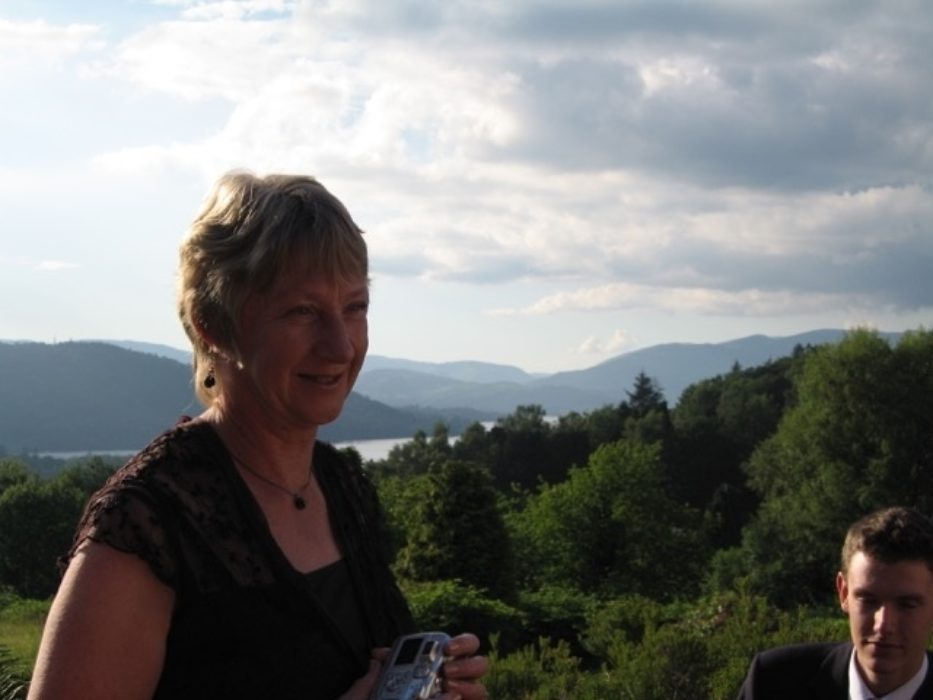 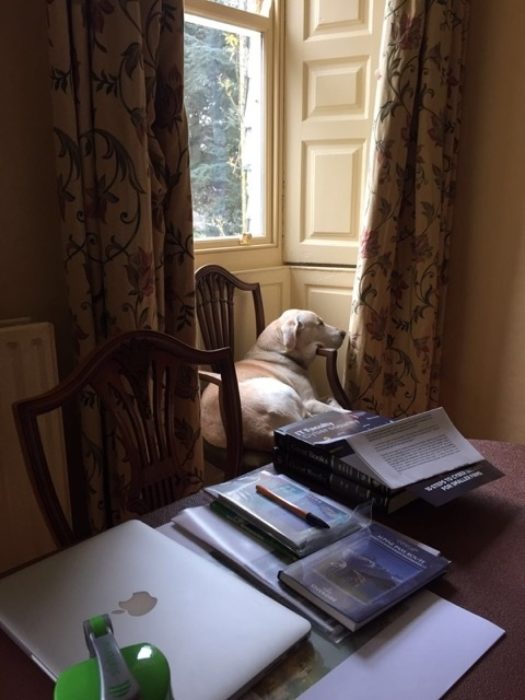 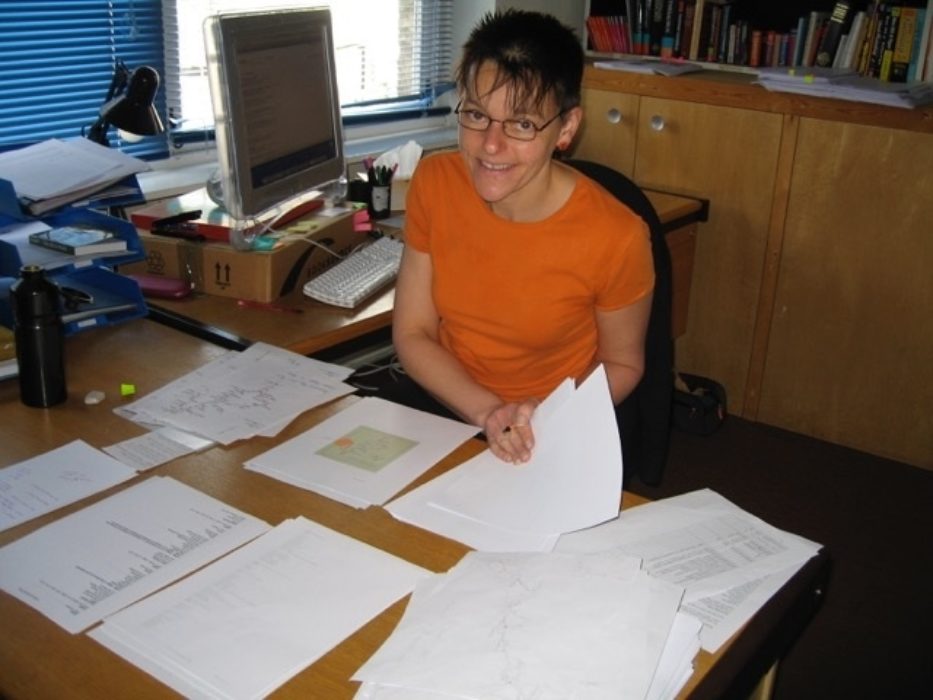 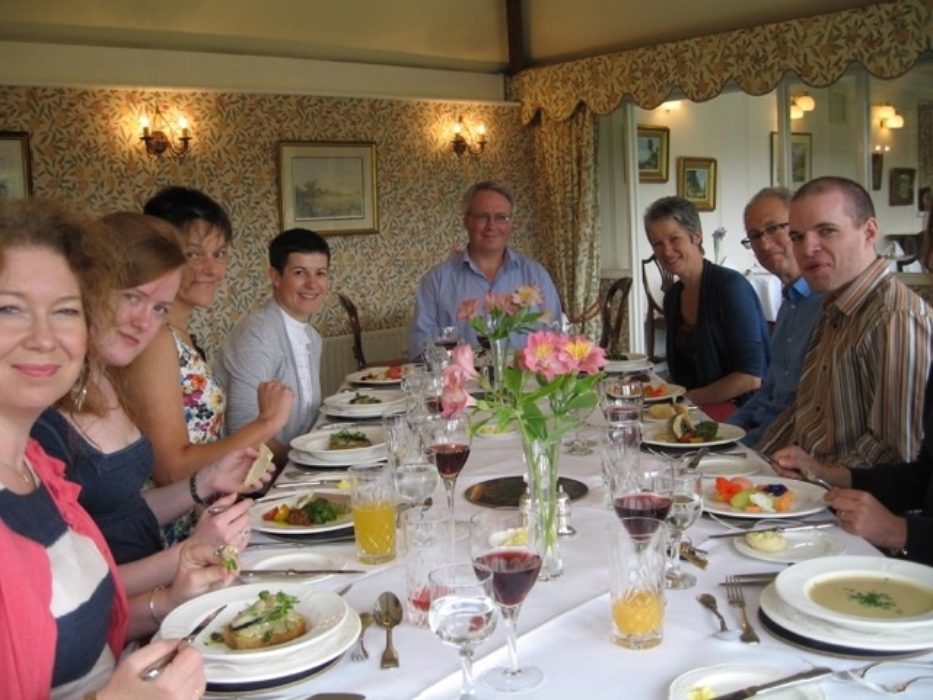 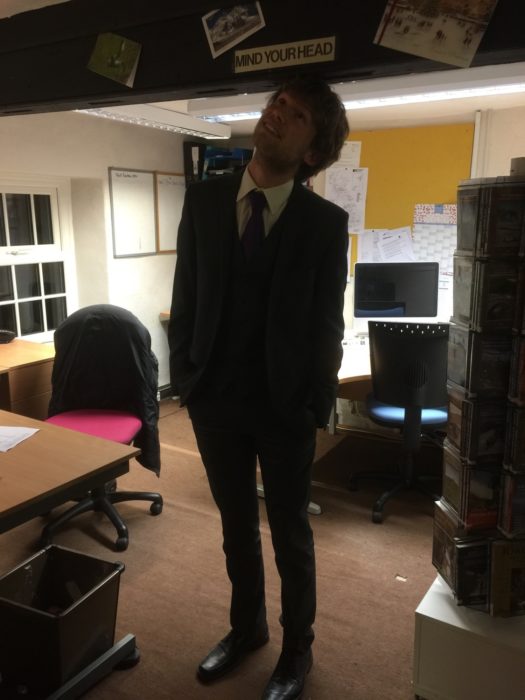 How Cicerone has evolved, and how the world has changed since 1999!

Our first few months after taking over were filled with a series of steep learning curves as we grappled to learn new and sophisticated design and publishing programmes, and how to be publishers. This was a process that we had to master quickly, as Brian and Aileen were keen to retire and get out in the hills more.

Once Jonathan had grasped how to design guidebooks, we quickly employed our first full time editor/designer. Hazel eased the pressure for a while, and gradually we added to our team of editors and designers, at one time outsourcing all our design work, before bringing it all back in house where we felt we had more control, and could develop ideas more freely and creatively.

Employing more staff meant that we had to find room for them, and so our production room was created by a courageous effort to remove twenty years of old manuscripts, invoices and computer printouts from a large upstairs room. A weekend decorating the walls and we were ready for our new employees. During this time we moved through using three specialist design computer programmes, each change coming as the design and media industry created ever more powerful features.

Back in 1999 the maps in Cicerone guides tended to be hand drawn sketch maps, but over the years this too has changed and evolved. We now use OS mapping in all our UK guidebooks, and have developed a superb resource of mapping of our own for all our guides to international areas, with a ‘portal’ through which our authors can mark the exact line of any route straight onto the appropriate mapping.

On the sales and marketing side, things have changed out of all recognition. Take the internet for example. The Cicerone website originally consisted of one very long page, listing all the books in print. You couldn’t do anything on the website, just look at it. Google was a mere six months old infant in 1999, so while we could see that improvements were needed, there was no great urgency at that point to change things. A year later, and we had our first basic website that provided the ability for people to buy our books. Three years later we needed considerably more online features, leading to the development and subsequent incremental upgrading of our current site. Now we have a new website, fit for the 21st century currently in development, so watch this space! 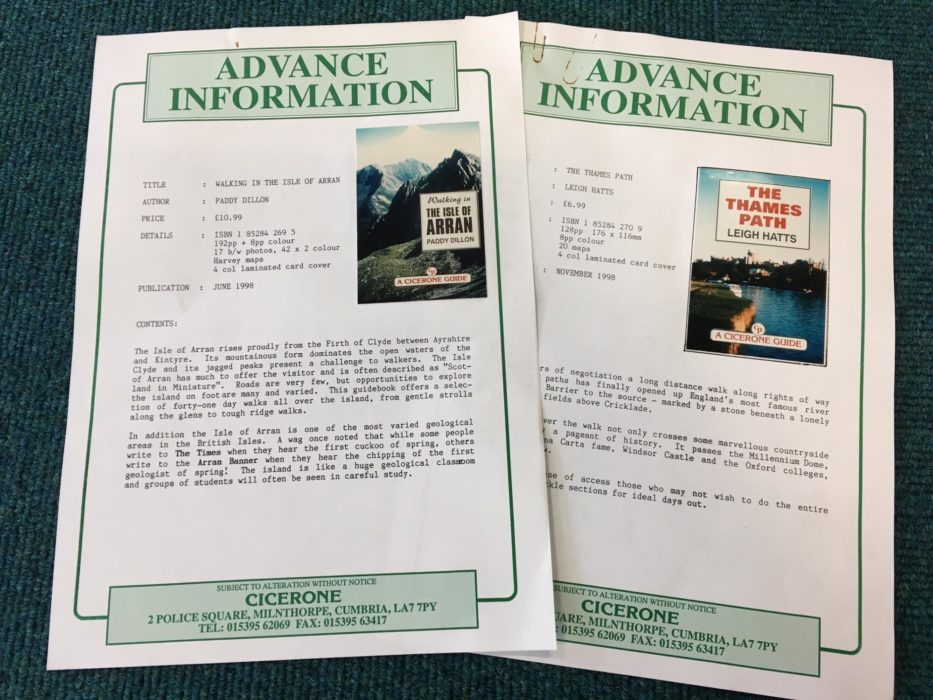 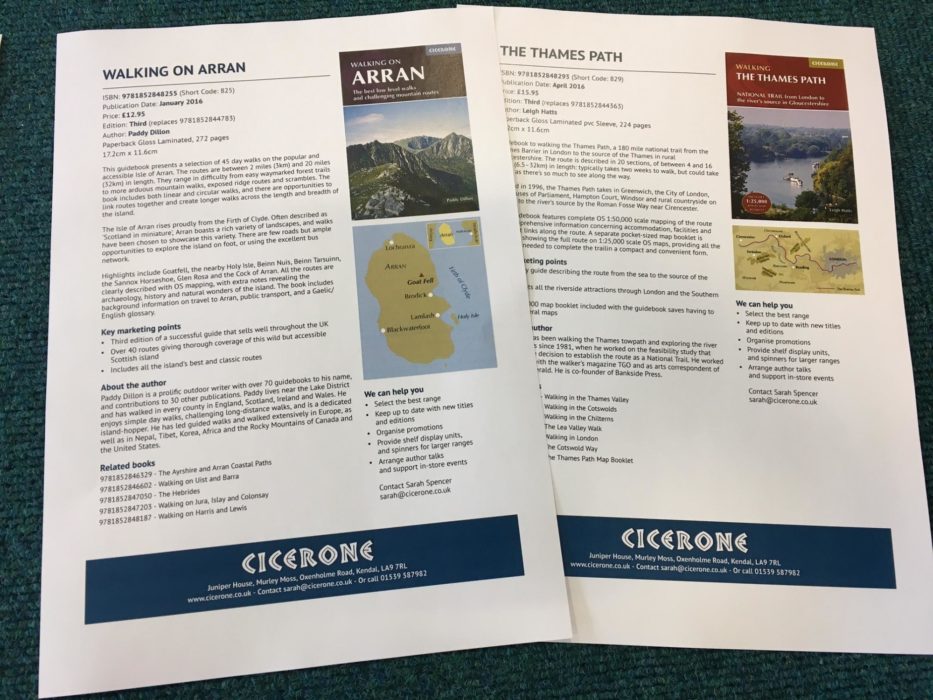 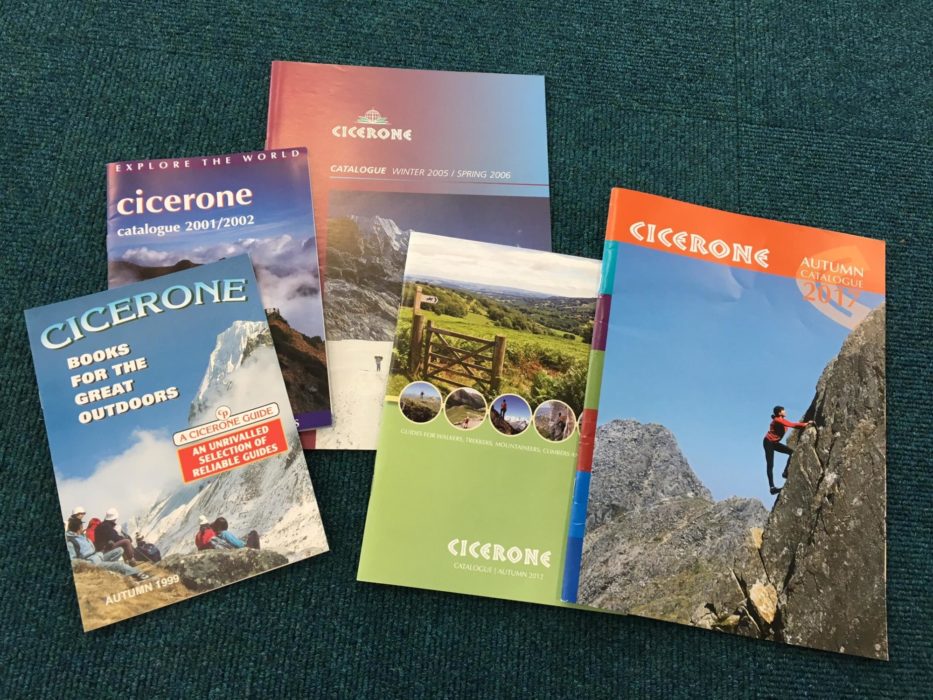 Printed sales and marketing materials have changed too. Our catalogue has got bigger, and longer, and we now have around 350 guidebooks in print. Information sheets about new titles were once typed on a typewriter, photocopied, and illustrated with tiny photographs of the front cover, stuck onto each sheet. These were then posted out to retailers and wholesalers. Many of the larger retailers and wholesalers now receive an electronic ‘feed’ of our new title information, and for those who don’t, a press of a button will generate a pdf which, more often than not is then emailed!

In 1999 you could look at a list of books on the website, if you could find the website that is. How to buy a book? First, telephone the office and state your intention to buy a book. You then had to send in a cheque for the correct amount, after which the book would be packed and posted out to you. Need a catalogue? Phone, and request one, but make sure you are clear that you are going to put the catalogue to good use, as not all that many were printed.

Various levels of success at shows and exhibitions 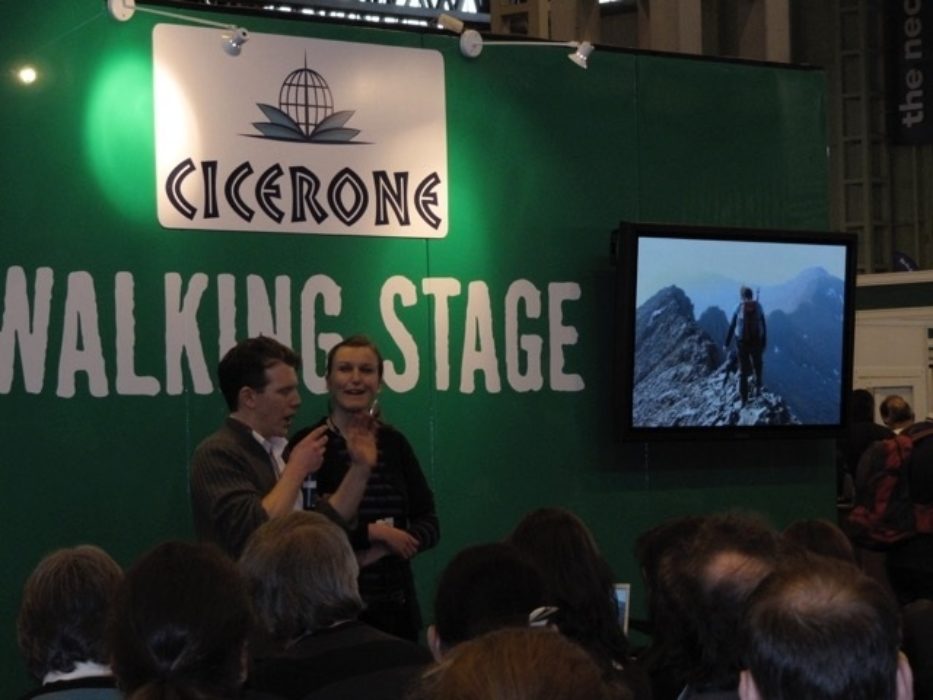 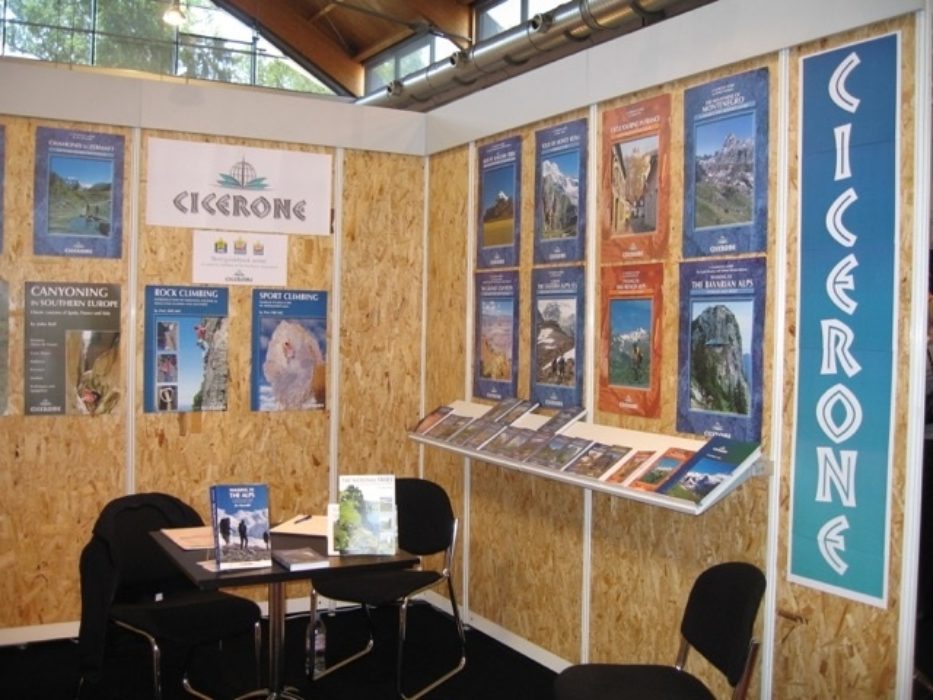 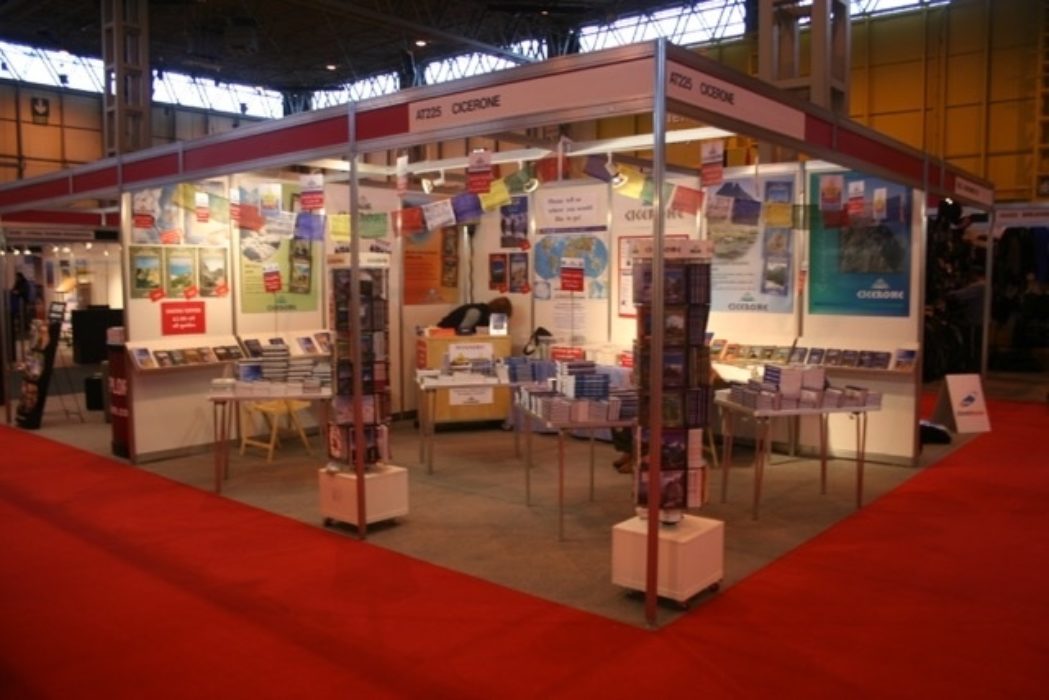 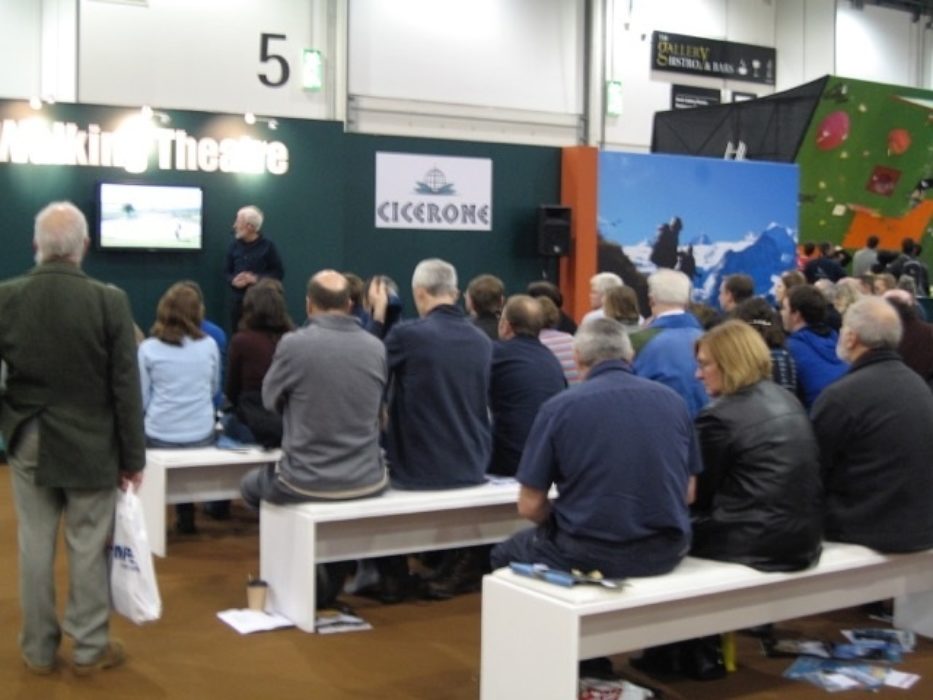 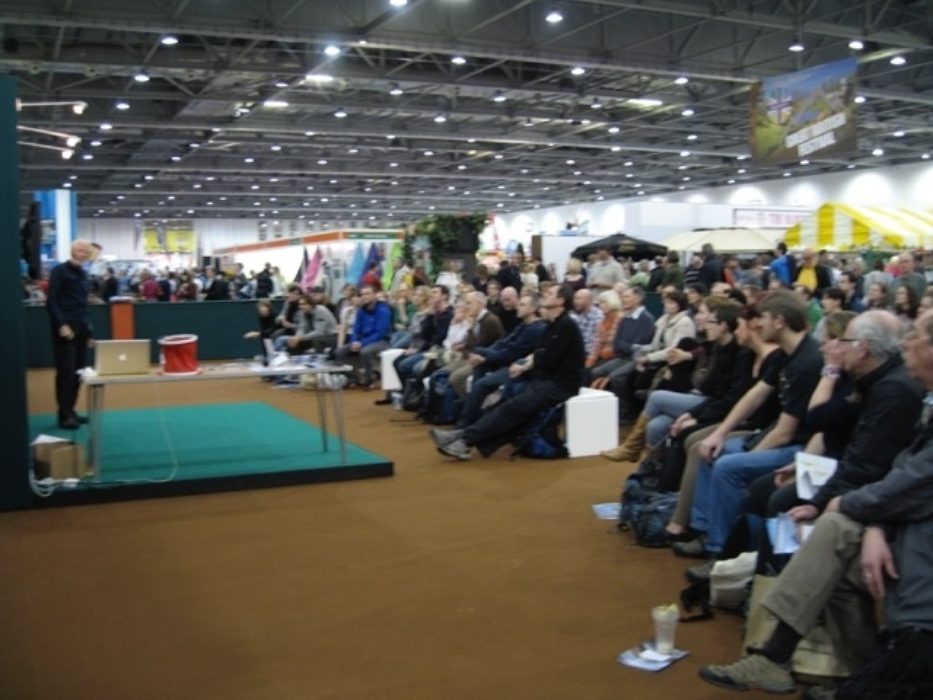 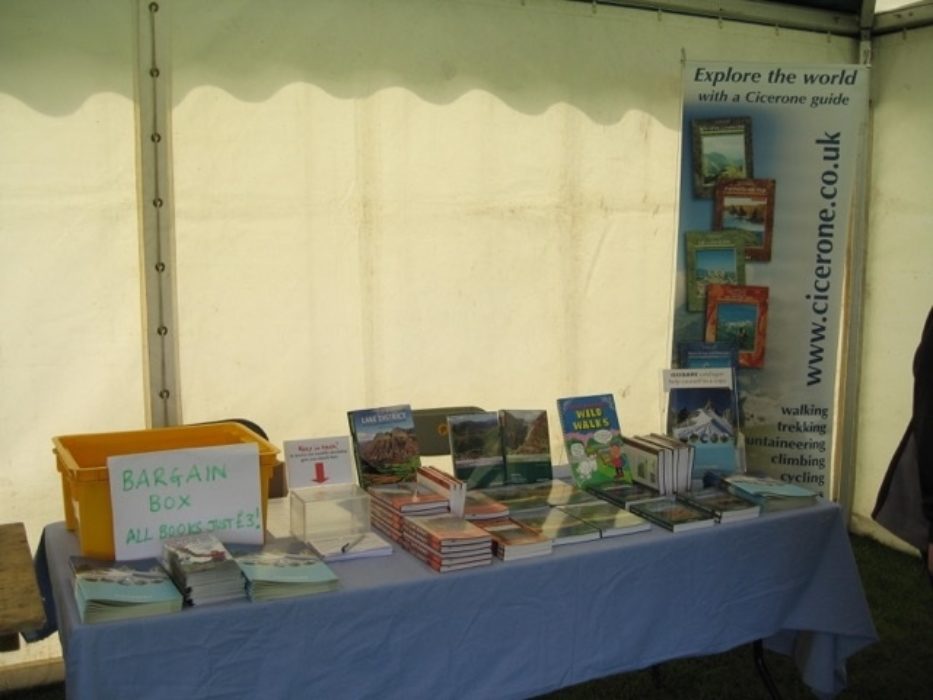 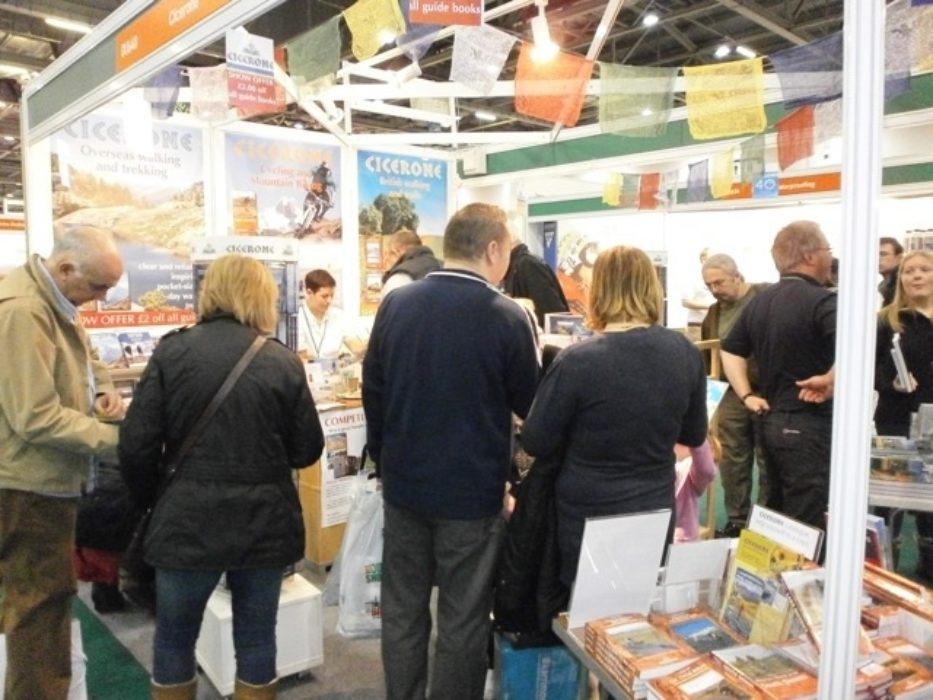 We made a few changes….

We introduced the ability to pay by credit or debit card, so cutting out the whole writing a polite letter thing, and added an e-commerce facility to the website. We also had the novel idea of sending a catalogue to everyone who had ordered a book in the last three years, and in so doing created the beginning of our database of customers. The result was fascinating, as not only did we have a very busy month sending out books, we also received numerous emails and letters thanking us for the catalogue!

The internet rapidly became an ideal method for making our entire range of guidebooks more visible to the world, and our business grew. During the peak spring and summer months we would struggle under the pressure, and I would occasionally have to make two trips to our warehouse in a single day to bring back enough stock to fulfill all the orders. It was time to ask a specialist distribution company to handle everything for us, so that we could concentrate on publishing, rather than hefting heavy boxes of books around our increasingly inadequately sized warehouse. It was a hot summer when Jim and Davinda from Booksource came to empty our warehouse, sending a fleet of huge wagons to Glasgow. I can still remember their faces – very hot and bothered!

Moving the books to our partner Booksource freed up a further room that had previously been used as back up office stock. The system had worked like this; all the books were stored in our warehouse, and two or three times a week I would be given a list of books to bring back to Police Square. The books are in boxes of between around 20 and 60 books to the box. We would hold one box of the medium and slow sellers, and several of the fast selling books such as Tour of Mont Blanc in the store room. In the packing room, each book had a position on a shelf where up to thirty books could be held in a picking position. Gina, one of our part time ladies in the early days would spend most of her time in the packing room, whirling packing tape around carefully packed cartons as if they were half their size. Nobody could match her for speed and accuracy! We still have some of the shelves, adding a nostalgic touch to the store cupboard in our new offices.

However sophisticated we have become, the most important aspect of our growing business has always been listening to our customers. Most of us in the office are walkers, mountaineers and cyclists, so we like to think we have a good grasp as to what makes a good guidebook, but listening to our customers certainly makes us stronger. Email and social media have become conduits for ideas, opinions, news and recommendations. It seems strange to think that Facebook is just 13 years old, and Twitter even more recently developed, and yet for many they are the primary form of communication. We embrace both, however we try not to forget those who do not feel comfortable on social media, and we still reply to handwritten letters – and we still occasionally even get cheques and postal orders enclosed!

Treks and climbs on Morocco's biggest and best mountains

Techniques and skills for walkers

Slovakia and Poland - Including the Western Tatras and White Tatras 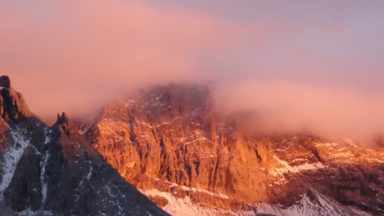 What Cicerone staff have been doing this year... 2017 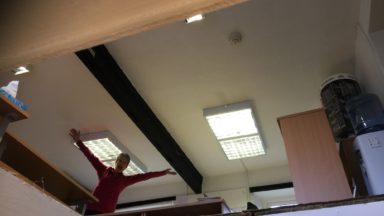 There's a hole in the ceiling... 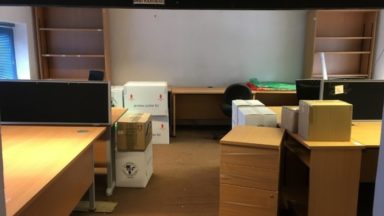 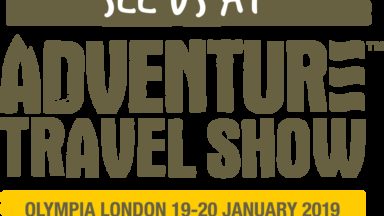 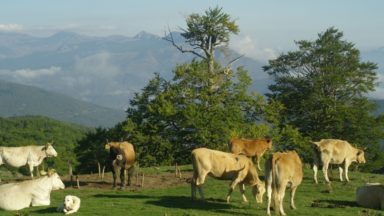 Trekking in Greece - how things have changed