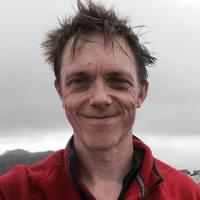 South western Donegal has the most extraordinary coastline in all these islands, and the incredible headland of the Sturrall is probably its most extraordinary feature. Wondering if it might fit the bill as ‘Ireland’s Inaccessible Pinnacle’, Peter Walker paid it a visit.

There’s a little passage of deeply personal writing within the Scafell Pike chapter of Wainwright’s peerless Pictorial Guides to The Lakeland Fells. Titled ‘Soliloquy’, it’s a rumination on what exactly it is that drives people out into the hills… solace, the satisfaction of exercising muscles rendered otherwise idle by modern life, the subconscious search for beauty… why do sane folk do this when they could be fast asleep or eating ice cream? I can empathise with all of this (especially the ice cream part) and with his conclusion that most walkers had come over the years to love the hills and to regard them as the type of friends who are always there when needed.

But because of Wainwright’s reputation for timidity, he never mentions that occasional craving that afflicts myself and a fair few others: the need for raw excitement.

During my time in Ireland this desire for an adrenaline spike has guided my steps towards such obvious locations as the Beenkeragh Ridge, the Big Gun, the Hag’s Tooth, the Faha Ridge, the tors of the Mournes and the Kerringear knife edge on Slieve League. The latter is a highlight of the most spectacular stretch of coastline in all of these islands, forged by the Atlantic into an array of huge cliffs, towering stacks and hidden beaches. And it awakened a vague memory of a passage within Wild Walks, the final entry in a classic triptych of coffee table opuses from the 1980s. It described a magnificent headland with a linking arête, a memory solidified by an occasional startling photograph and by a distant sighting from the coast to the north.

What I saw was as if the Disney castle had been remodelled by someone with quite profound psychological issues, a spiky crest of collapsing crenulations which presented some searching questions for the laws of physics.

You’ve seen it too. We’ve all seen the Sturrall, if only in our dreams.

To get to the Sturrall you must first get to Port. A car park sits down by the shoreline with a nearby cottage, one of the few places in this bit of south west Donegal where the land doesn’t end hundreds of feet above the sea. It’s a much-lauded destination, but the journey to it is relatively humdrum… a lot of single track road traces a route through a comparatively bleak interior, and most of the interest comes from those awful moments of wordless negotiation when you and the opposing driver try to work out who’s the one who’ll have to get their car into a passing place. All this absorption in traffic management may mean that the occasional glimpse of the Sturrall from this road goes unnoticed… or you might see it clearly but the ridiculousness of its outline makes you think it’s a cloud.

On this particular occasion (a bright Sunday afternoon in late July) I arrived at the road end to discover the little car park was full… maybe I should stop writing articles about the place. I found a spot for the jeep a little further back up the road, then set off along the track climbing south, parallel to the coast. A fair number of the occupants of the parked cars were on this same stretch of track, but their numbers thinned once I passed the monument to the unfortunates lost when the Sydney sank along this coast in 1870. The backwards view is impressive but for the moment the immediate foreground was all, well, foreground, peaty soft grass that could be pretty much anywhere in Ireland. Soon the track was forsaken and that foreground was being walked on rather than looked at. And then after a couple of more kilometres came a reminder that this isn’t just anywhere.

The previously benign skyline began to warp and dislocate more and more as every step gradually sank the foreground towards the Atlantic. Up until now I had had very much a ‘lemme at it!’ demeanour, but now I wasn’t nearly so gung-ho… the crest seemed simultaneously colossal and fragile, and I was aware that the crazily steep mountainside falling from it was actually the Sturrall’s tamer face. And then I was at the edge overlooking the headland, a narrow grassy neck beckoning down before all manner of tottering weirdness led upwards and, hopefully, maybe onwards. A slip on the right looked like a bad idea with an indeterminate outcome. The consequences of a slip on the left were… much clearer, shall we say.

As I tried to gather my thoughts a bit, nature saw fit to have a cloud roll across the crest of the Sturrall, because it was so obviously in need of being rendered more impressive.

And after a bit of internal discussion (‘it’s a fair wodge of diesel money’, ‘you’ve thought about this for years’, ‘just look at the bloody thing!’ vs ‘JUST LOOK AT THE BLOODY THING’) and fretting as to whether this was really the sort of thing on which I should be breaking in a new pair of trail shoes, I started a ‘controlled slither’ down. Don’t let the game face slip.

The descent is steep but there’s an accompanying fence… it’s tricky to justify feeling too intimidated when someone else was obviously comfortable enough with these surroundings to do construction work in them. Soon I was on the lowest point and trying to conjure a plan of action. Initially this constituted dumping the rucksack (in scrambling situations I always prefer to know the exact dimensions of my body, if that makes any sense) and then cautiously wandering up the initial shaley-but-easy ascent. Just as the ridge looked liable to get its act together I started contouring-cum-descending on the right… the suggestions in Alan Tees’ guide made it clear that the solution to gaining the summit of the Sturrall lay on this side.

It didn’t go brilliantly. The slope seemed steep and liable to lapse into proper looseness at any moment. Even when I felt secure enough to stand in balance and think, the way on was obviously blocked by the cliffs falling from the crest. I turned around and contoured back, the thought of sacking the whole thing entirely now gaining some traction. This north face of the Sturrall didn’t seem immediately dangerous, but the sheer scale of it couldn’t fail to play on the mind.

Once back at the rucksack I realised I’d gone the wrong way, and by traversing around from that low point progress was much more easily made. At one point there was an area of grass sufficiently extensive and flat that I could run around on it, if I’d have been in a running around sort of mood. If this miniature prairie had been stuck on an inland peak it would have been the greatest picnic spot imaginable with countless rocks to sit on and spectacular cliffs to gaze up at. But here the presence of the sea had an effect akin to discovering your hotel room is allegedly haunted… rationally you knew you wouldn’t fall into it, but you couldn’t help but wonder if you might.

Still, onwards. Next up was a slanting slab, inclined seawards at the exact angle to make you ponder the possibility that the pebbles dusting it might turn into marbles when trodden on. Carefully I picked my way across, very mindful that the seaward slope was becoming more abrupt with every step (never mind the likelihood that I’d have to come back the same way). Now a rising traverse across steep turf towards the skyline, and the encouragement of sighting the ‘low wall’ mentioned in the guidebook description. This was plonked at the end of a grassy ledge with a shallow scoop directly below. I decided upon the former rather than the latter as an approach; more exposed but also seemingly more secure as I sit-shuffled along it, facing outwards. The wall hosted a tangle of discarded fencing wire with which to evade entanglement, and once this was clumsily accomplished I put down a steadying hand and stood up.

I looked straight down the 180m to the sea. I’d kind of expected it, but…

…it still prompted involuntary recoil. I put the other hand down, wrenched my gaze away from the huge drop in front of me and stared up into the sky in denial. Said sky was utterly cloudless so now I was blinded as well as shocked. Psychological unsteadiness was by now manifesting physically, and I seemed to have forgotten where exactly gravity was coming from.

A distant voice of common sense wrestled me down into a sitting position; after all, you rarely read a mountain rescue report that tells you how the casualty was sat on the ground and then proceeded to fall off.

I looked up the bracken cloaked ridge leading further aloft… this probably would take me shortly to the actual summit, but my sun-bleached vision was impairing my ability to determine the difficulty. I blinked. I thought. I remembered. The slither down, the initial poor route finding, the scale, the sea, the sky… and then the shock of the drop on the other side of the ridge. That last bit was like the sudden appearance of Ben Gardner’s head in Jaws. And with that, I realised that this was the kind of day where I needed a bigger boat.

I’m the sort of person who always feels a bit of a tension release once he retrieves his rucksack, so I felt pretty relaxed by the time I scrabbled my way back up to the mainland. I looked back down to the Sturrall, its architecture as improbable as ever, acknowledged that it was still a beautiful day, found myself considering how long it would take to just turn around and have another crack at the summit… and I stopped myself. I was now armed with the knowledge of the route round the back to regain the ridge, I knew all about the level of exposure along that final section, conditions simply couldn’t be better. Hell, if I thought about it deeply enough the whole thing was actually easy.

But it just didn’t feel like I’d earned the right to snatch victory from the jaws of defeat on this particular day. Simply using the day’s experience to volte-face and mug the Sturrall didn’t seem respectful enough; this ridiculous coastal behemoth shouldn’t succumb to whims and indecision. And sometimes, failure just feels like the right outcome.

It’ll certainly add something to the rematch.

Videos of the trip

The traverse of the landward crest...a 'bit' more than hillwalking (Iain Miller)

An ascent from the seaward side...a 'fair bit' more than hillwalking (Iain Miller)

Another very brave soul (well, braver than me anyway) on the ridge (Patrick Zerkowski)

There's a track of this escapade at http://mountainviews.ie/track/report/3538/

Many thanks to Peter Walker and Mountain Views for allowing us to publish this article. 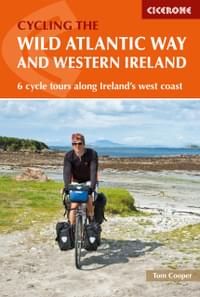 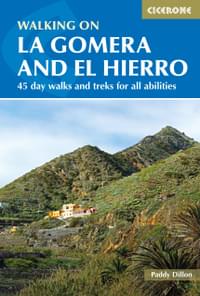 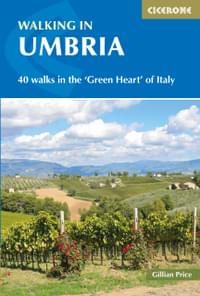 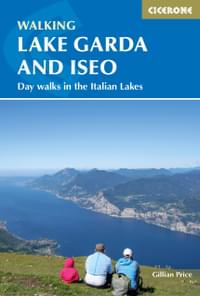 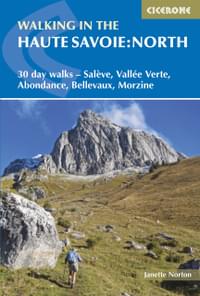 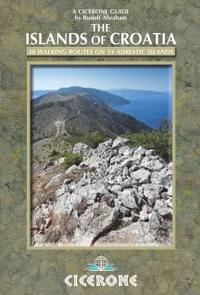 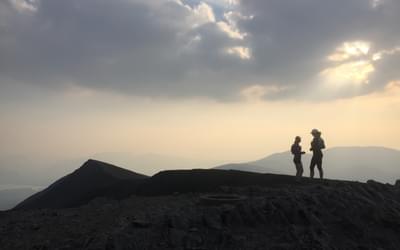 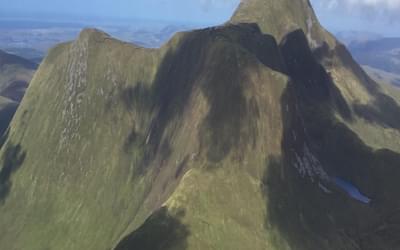 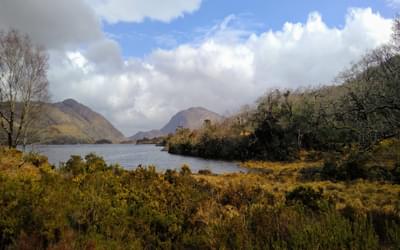 5 of the best short walks in County Kerry 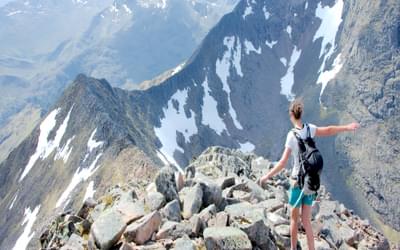 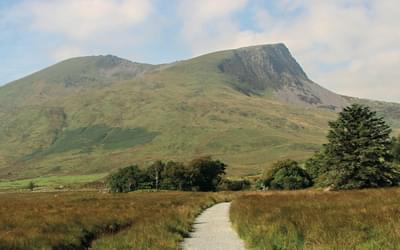 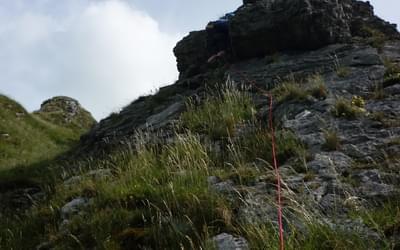