Clive from Cicerone takes a trip up Sharp Edge on Blencathra in the Lake District, one of the UK's classic scrambling ridges.

There are many routes to the summit of this fine Mountain. The most direct and exhilarating is from Thelkeld via Halls Fell which involves a great little scramble of 100 metres which ends at the summit cairn.

The route via Doddick Gill is for tough guys as this involves hard scrambling up a ravine followed by a tricky scree gully, but for most people the route via Sharp Edge is one of the classic routes in the Lake District.

Brian Evans, author of Cicerone's guidebook Scrambles in the Lake District says, "The most attractive routes are time-honoured classics, two of the really good, albeit short, ridge scrambles in Lakeland - Sharp Edge and Hall's Fell Ridge"

Early morning cloud still shrouded they valley bottom as we left Scales and climbed slowly along the path that follows the valley of the River Glendermackin (big name for quite a small river). The path skirts along the side of Scales Fell and it is here that Sharp Edge (or Razors Edge as it was once known) first comes into view.

The path climbs up beside Scales Beck to Scales Tarn, a beautiful tarn in the shadow of the edge, and a natural resting place and fuel stop to prepare once self for the challenge ahead. The rock was very slippy and this scramble became a very different proposition to our last visit on a dry summers day!

There are plenty of hand and foot holds however and hey whats the rush? This is Lakeland rock scenery at its best. A gully climb at the end of the ridge brings you to the top of Foule Crag and from there its only a ten minute stroll to the summit.

Low cloud was still swirling around playing games as first we could see Derwent Water to the West or the Helvellyn range to the South and then it was gone. A path of easy gradient then takes you to the valley bottom with great views back to Sharp Edge with rays of rare sunshine showing walkers on the ridge in silhouette.

40 family days with under 12s exploring, biking, scrambling, on the water and more 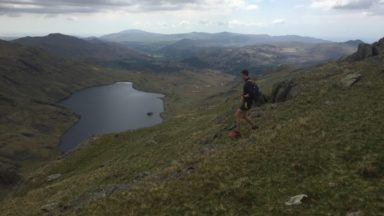 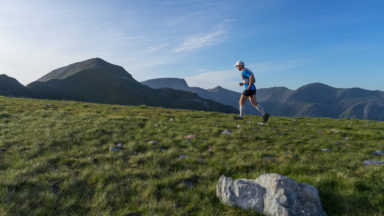 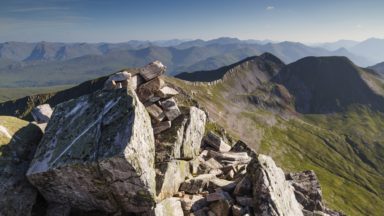 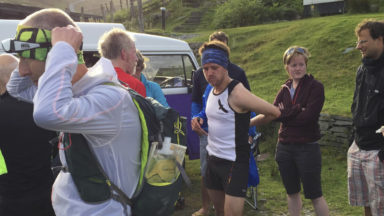 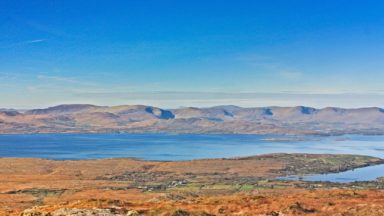 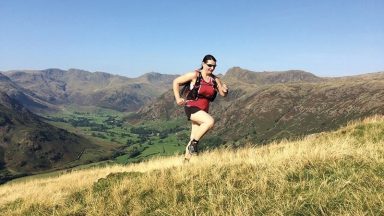 Trail and Fell Running in the Lake District: A sample route