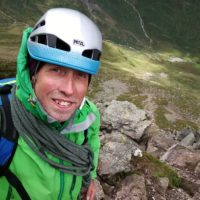 A new guide to Walking in Cornwall has been written by Graham Uney and published by Cicerone Press. This pocket-sized guidebook to 40 walks will guide you through the magical landscapes of the Cornish countryside. Here is a sample route and an excerpt from the introduction as a taster of this guidebook. We hope you enjoy it.

The county of Cornwall is home to both the British mainland’s most southwesterly point at Lands’s End, and most southerly at Lizard Point. The county stretches into the Atlantic Ocean for almost 130km from its boundary with Devon, which largely follows the River Tamar, rising not far from the north coast then flowing south to reach the sea at Plymouth. Cornwall is thus almost an island, surrounded by the Celtic Sea to the north and west, the English Channel to the south, and the Tamar to the east. The Cornish display a fierce sense of independence; the name ‘Kernow’ (‘Cornwall’ in the Cornish language) is seen regularly, town and village signs appear in English and Cornish, and the black-and-white county flag is very much in evidence. Many will only know Cornwall as a holiday destination, but this is a land steeped in history and tradition with a fascinating industrial heritage. Walking is the best way to see the county. Many places in Cornwall are only accessible on foot, and the routes described here will take you to the very best places for spectacular scenery, wildlife, prehistory, industrial archaeology, and just for relaxing and getting away from the hustle and bustle of life further east. Being largely surrounded by water – apart from the land border with Devon – many of the walks are coastal. There are routes to stunning headlands, to some of the most important industrial sites of a long-ago age, and to some of the top places to see wildlife. Cornwall’s coast is remarkably varied: the north and west coasts tend to be more rugged than the south, which is home to the sheltered wooded valleys and broad estuaries of rivers such as the Fowey, Fal and Helford.

But this guide is not all about the coast. Cornwall is also blessed in that at its heart lies one of the most exciting and scenic upland areas in England: Bodmin Moor. Here you will find wild, remote-feeling hills, many of them topped by weirdly shaped granite tors, as well as ancient settlements, burial cairns, and hill forts.

The walking in Cornwall can be surprisingly strenuous, considering that the highest hill in the whole county – Brown Willy – is only 420m above sea level. Many of the routes on Bodmin Moor lead over wild, boggy, pathless terrain; while – as anyone who’s ever spent time walking around much of the UK coastline will tell you – any route along a cliff top is likely to involve a fair amount of up and down. The 40 walks described in this book provide options suitable for all tastes and levels of ability. There are lots of short walks for Sunday strolls, and a fair few longer routes for those who want to head out for more than just a couple of hours. There is also the opportunity for the serious walker to combine some routes for a more challenging day out (Walks 5 and 7, and 9 and 10). Note that Walks 1–7, on Bodmin Moor, are only suitable for those competent in the use of map and compass.

In this sample route around Hayle, three RSPB nature reserves are linked together, providing a delightful combination of walking and bird-watching.

Start the walk by following the very obvious and easy path anti-clockwise around the edge of Copperhouse Pool; the route is very clear, and follows the pavement of the B3301 for a short distance. Copperhouse Pool is a great place to look for waders and wildfowl. Shelducks breed here and can often be seen feeding with their young in the summer; it’s also possible to get close views of lapwings, oystercatchers and curlew, and occasionally little egrets. In the summer you’ll see common terns fishing in the shallow water.

At the eastern end of the Pool cross a footbridge, then head up to and then along the north side. Continue all the way round the western end where the Pool empties into the Hayle Estuary, and cross a bridge here to regain the B3301. Turn right along the road and follow it south, under the railway line, then round to the right to go back under the railway again. Keep to the left side of the road until you reach a pelican crossing, and cross here to find a public footpath which takes you to Carnsew Pool, the second reserve on this walk. Once again walk anticlockwise, keeping an eye out for birds on the water as you go.

Carnsew Pool is probably the best place to get really close to wildlife on this walk. In winter you might be lucky enough to see black-throated, red-throated and great northern divers. In late summer the muddy western end of Carnsew Pool is a regular stopping off point for waders starting their migration. Look for oystercatchers, curlew, black-tailed and bar-tailed godwits, turnstone, grey plover, golden plover, ringed plover and whimbrel.

The raised walkway around Carnsew Pool gives great views across the Hayle Estuary, and eventually re-emerges onto the B3301 at the southwest corner. Turn right and follow the road (The Causeway) alongside Lelant Saltings to the entrance to the small Ryan’s Field RSPB Reserve on the opposite side of the road. Cross the road and follow the waymarked trail anticlockwise around the small lagoon. Lelant Saltings is renowned for large congregations of teal and wigeon throughout the winter months. Ryan’s Pool is tidal, but is one of the last parts of the estuary to flood, so as the tide comes keep an eye out for all manner of waders and ducks. They are forced off the main part of the estuary by the incoming tide, and find refuge here.

Once you’ve explored Ryan’s Pool head back along the B3301 to Carnsew Pool. Turn left down the first public footpath you come across, but turn right along the south side of the Pool, parallel to the B3301. On reaching the path that you took to enter Carnsew Pool, turn right onto the road again and retrace your steps back to the bridge over the western end of Copperhouse Pool. Keep along the flat path to the south side of Copperhouse Pool and you’ll soon be back at your car.

This guidebook includes routes to 40 day walks in Cornwall. From short, easy strolls to longer, wilder routes, there is plenty to appeal to both families and experienced walkers. The walks explore the interior and coasts, including walks through picturesque villages, old tin-mining areas and the Lizard and Land's End Peninsulas.

25 routes in the historic Royal Forest 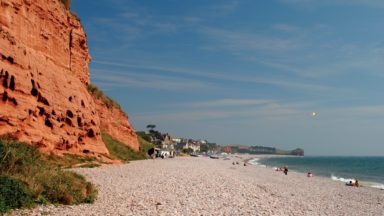 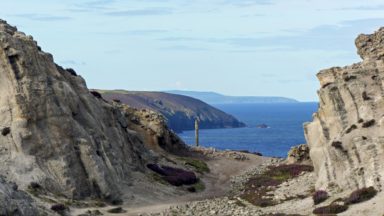 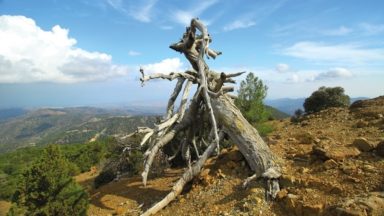 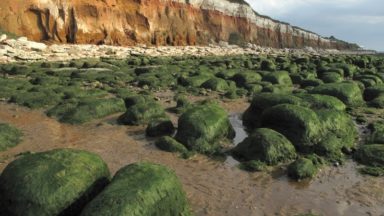 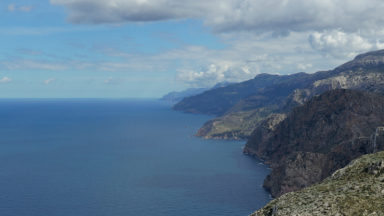