Have you heard of the Peaks of the Balkans Trail? Here is a quick introduction to this new and exciting long-distance route.

Where is the Peaks of the Balkans Trail and how far is it?

The Peaks of the Balkans is a recently developed cross-border long-distance trail through the spectacularly wild and rugged borderlands of Montenegro, Albania and Kosovo. A circular route of around 192km in length, it takes in remote valleys, lakes and mountain passes, winding its way through some stupendous mountain scenery and passing through traditional mountain villages which often feel like somewhere time forgot. It’s a corner of Europe few people are familiar with, let alone visit.

There are many great reasons to walk the Peaks of the Balkans Trail.

Do I need a visa or a permit?

You’ll need to obtain a cross-border permit from the relevant authorities in Montenegro, Albania or Kosovo before setting off and actually walking the trail. Judging by the helpful and informative Peaks of the Balkans website, you would be forgiven for thinking this should be easy enough to do yourself, but in fact it’s not quite as straightforward as you might expect, and it is worth simply getting a local agency to sort out the permit.

The hiking season on the Peaks of the Balkans Trail begins in May or June, with the latter bringing more settled weather and milder temperatures – although you can still expect snow patches in June, or until July in higher areas. Wildflowers are at their most spectacular in June. July is statistically the driest month, followed by August and June – but this doesn’t mean you shouldn’t be prepared for possible rain or thunderstorms during these months, just as at any other time of year. August is the hottest month. By September snowfields have dried up, and with them possibly some springs; nights will be getting cooler and you can expect frost. In October the landscape turns to beautiful autumn colours, and the first snowfall arrives sometime this month, which generally marks the end of the trekking season in Prokletije.

Food and accommodation are offered in traditional village home stays or guesthouses, so there’s no need to carry camping gear, with delicious regional cuisine and genuine hospitality that is frankly a million miles away from some of the more lacklustre tourist resorts on the coast.

More Information about the Peaks of the Balkans Trail:

The Peaks of the Balkans Trail guidebook by Rudolf Abraham

How to pack for a long distance trek – Cicerone Extra article

100 days of walking and multi-day treks 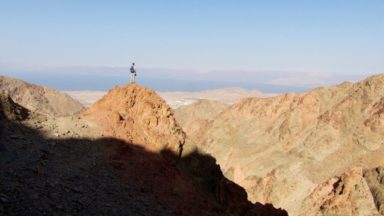 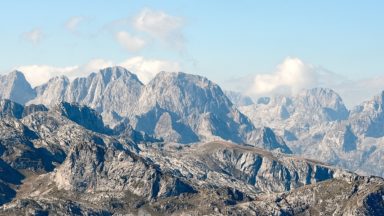 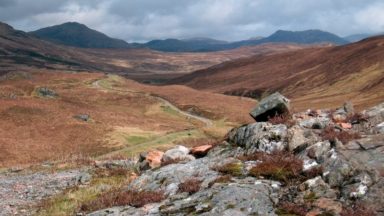