Jonathan looks back on a particularly memorable trip to the mountains of Morocco with his son (and excellent rescuer) Joe Williams. This short story is taken from the commemorative book Fifty Years of Adventure.

‘Cicerone is all about exploring, and I really should do more of it, more of this…’

This was the thought I kept repeating to myself as we climbed higher through the dramatic rocks of Jebel el Kest, the highest peak in the region, one of many points on the 35km ridge that runs north of the small town of Tafraoute. The route Joe and I were on was rocky, with only occasional hints that there was a path, but the lie of the rocks, the naked geology, made our way clear as we climbed a broad ledge towards the summit.

The Anti-Atlas are just a four-hour flight away from rural Cumbria, but a world apart. Warm and dry, the Sahara is just a few kilometres to the south. Cumbria was dark, grey and cloudy as we left; here, it is clear, cool at night and nicely warm during the days. The glow of dawn comes on suddenly; and in the evenings, as we enjoy tagine and, surprisingly, wine in this relaxed Muslim country, the long, warm sunsets over the red mountains add a deeper glow.

The day had started with an incredible 10km drive up a dirt track, with a height gain of 1000m, to the remote hamlet of Anergui, and a walk through a narrow gap between the rocky mountains. Then came a long stretch during which we made our own route to a broad col, followed by the decision of whether to take the scramble up the ridge or the longer (but easier) walk round. For once, we took the easier way. From the summit shelter, we took in the immense views north to the High Atlas and south to the seemingly infinite hazy desert, while the muezzin issued the call to prayer from sleepy villages far below, unseen by and unknown to us.

We lingered, reluctant to leave. Joe pointed to a tiny pile of stones that might once have been a cairn. Ever curious, he set off to find out what was below. After five minutes he returned: ‘There’s a route down – to somewhere.’

‘Somewhere’ was the west ridge of the mountain, a long narrow arête dropping steadily to unfamiliar ground. The route along the ridge was intricate, and we found gullies and nicks to help us negotiate the difficult terrain. Needing only the occasional steadying hand, it was rarely more than a walk, and an absolute delight to drop down through this hugely impressive mountain scenery. Clearly the route had existed for hundreds of years, known to the Berbers and local shepherds we were living among, but for us it was new, and for an hour we were explorers again. 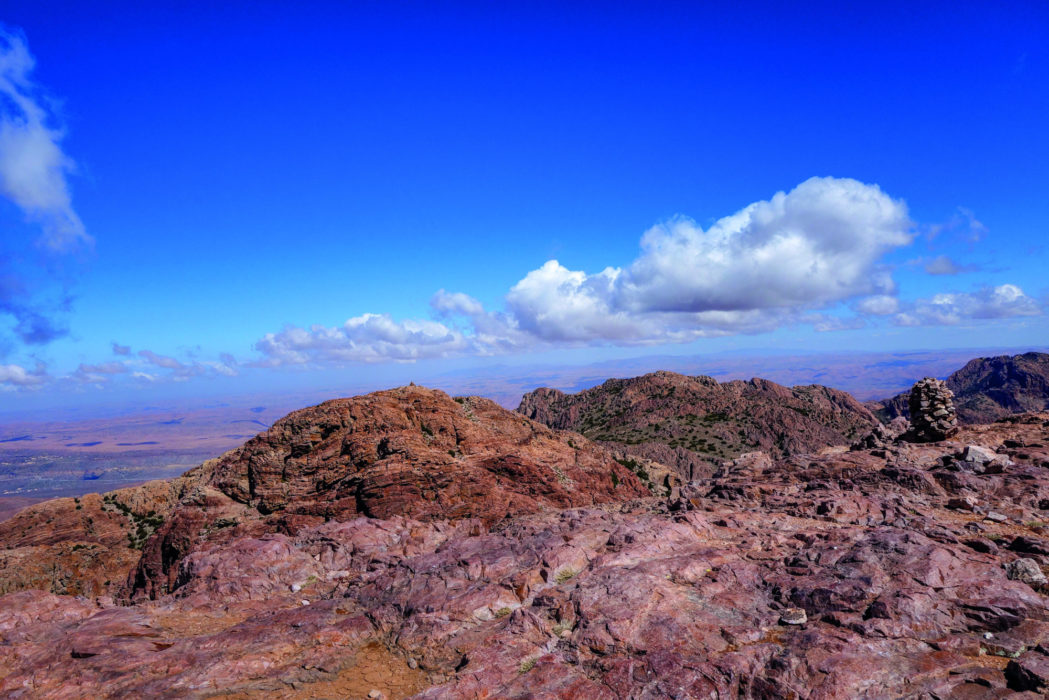 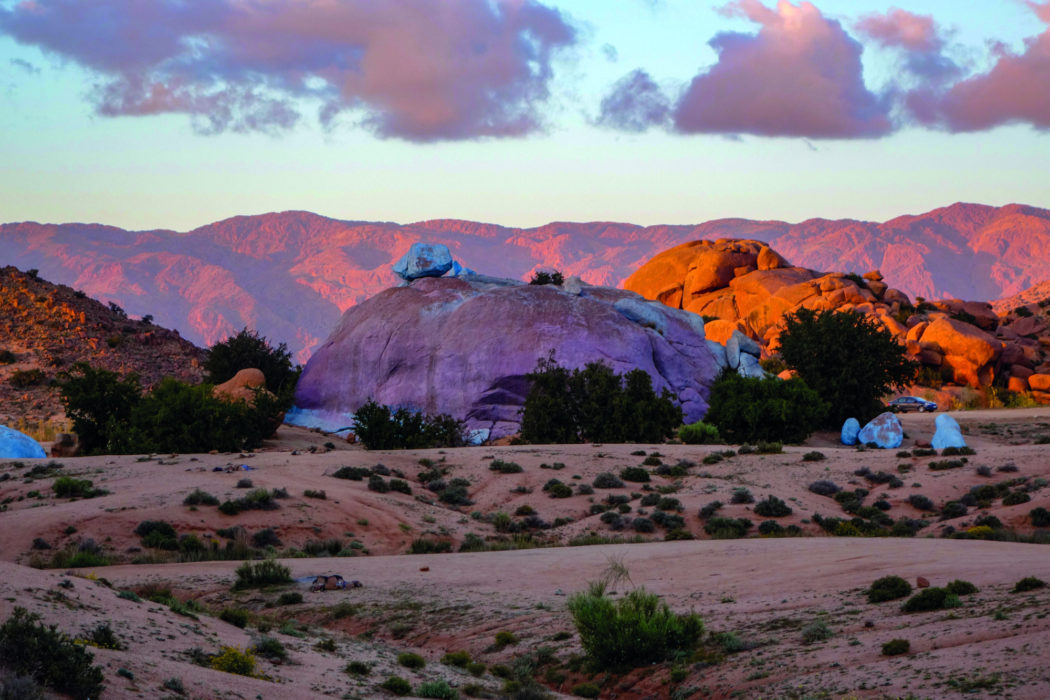 The next day life changed suddenly. A tiny slip, nothing really, resulting in a destroyed quad tendon and a totally non-functioning leg, which left us rescuing ourselves from the remote mountains. Well, Joe was rescuing me. Adventures with the Moroccan medical system ensued, then a flight home, an ignominious trolley car through the airport and an operation in Lancaster. Immobilised for weeks and teaching my leg to walk again gave me the chance to look back on this trip and the other highlights of my time in the mountains and on the trails.

It was a period of rejuvenation, after which I would come back to exploring. I thought of the friendly villages of the Anti-Atlas, the fresh dates on sale in the market, the sunset glows, the incredible harsh terrain, the structured dance of buying a carpet – all of this I would come back to. I thought, too, of wild days in remote parts of Scotland, long climbs in snowy Alps, our 25th anniversary in an Alpine hut, the fellow feeling with pilgrims on the Camino, the brisk winds ever present on our local Howgills and the views to the bay, lakes and dreams of countries beyond.

And I thought of my rucksack, there in the back room, always packed and ready to go exploring.

And other challenging walks in the UK 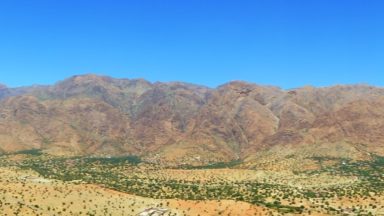 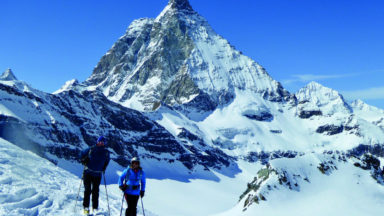 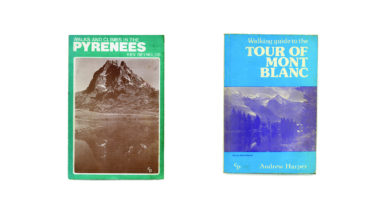 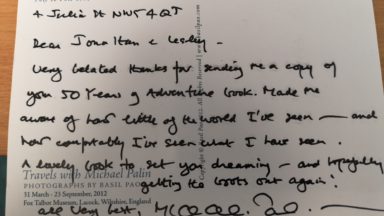