Did you know that the Roman artefacts that have been discovered along Hadrian’s Wall to date are said to be just one per cent of the actual treasures lying underneath? Today you can see them in many of the museums related to Hadrian’s Wall such as Birdoswold, Housesteads and Chesters.

However, while walking Hadrian’s Wall there are a few unusual treasures you may find still on the original spot – if you take the time to look for them. The team at Walkers’ Britain reveal them for you.

One of the most interesting sites is just off the Wall walk, down by River North Tyne at Chollerford. This is the well preserved base of a bridge to what was Chesters Fort built in about AD 160 to carry the Military Way over the river. The abutment incorporates the pier of an earlier and much smaller bridge which was part of the original construction of Hadrian’s Wall. The later bridge continued in use until it was demolished in the AD 670s to provide building materials for St Wilfrid’s church at Hexham.

Another interesting feature is the slots in some of the stones of the bridge where the Roman equivalent of the Lewis (a ratchet device) was inserted to lift heavy blocks via a crane.

There are quite a few places you can find the slots, including old quarry areas on the Wall. At Chester's and Corbridge several large stone blocks located at vulnerable points on the bridges were secured together with lead tie bars.

Molten lead or lead alloy was poured into previously prepared grooves on the top surface running from block to block. Two samples from Corbridge and two from Chester's is in fact lead-tin, which would result in reducing the melting temperature and also gaining in stiffness.

A few of the little Milecastles along the Wall also have features: At Milecastle 48 in the north-east corner are the remains of the oven used for cooking, in the equivalent position to ovens in larger forts.

Roman ovens worked like a traditional pizza oven, heated by inserting hot embers/charcoal, which are then raked out and the food, normally bread, cooked inside by the hot stone. Milecastle 48 also contains a section of a staircase in the north-east corner of the milecastle.

Passing Brocolitia Fort you go round the unearthed Temple of Mithras, a third-century construction built to worship the Roman god. Some walls remain alongside copies of original altars, which have been removed and can now be found in the wall museums. There used to be a spring here but the water table has dropped.

Not meaning to be crude, but across the length of the wall and associated forts there are 59 carved phallic representations, the section between Birdoswald Roman Fort and Harrows Scar Milecastle has a concentration of them. The phallus was a Roman good luck charm and was the embodiment of masculine generative power giving protection and good fortune.

Sycamore Gap is one of the most iconic points on the wall with its lonely sycamore tree, which is protected from sheep by a low circular wall. Of course this tree wasn't here in Roman times, but there was a milecastle nearby with a gateway.

The gap is a nick eroded in the igneous Whin Sill by glacial ice, making a natural access point. There may well have been trees all over the escarpment of the Whin Sill before the Romans, and sheep, arrived.

Housteads Fort is directly on the route, and it famously has the well-preserved garrison communal toilets. Not remaining, however, are the sea-sponges on sticks that were dipped into soured vinegar to be used as the Roman equivalent of toilet paper.

Then there is the very special gorge of the River Gelt near Brampton, about 5km away from the wall. It was here that red sandstone was quarried during phases of the wall’s building programme and although not open to the public eye, as they are generally up a cliff face, there are Roman inscriptions of images and numbers.

Often these represent the legions who worked the quarry. This makes the Rock of Gelt the only quarry in the Roman Empire that can be dated so exactly: placed within the reign of Septimius Severus, just before he began his campaigns in Scotland (AD 208-211).

Walkers’ Britain offers several walking and cycling options to experience Hadrian’s Wall at your own pace and to discover these hidden treasures for yourself. Walk it from East to West, West to East or complete Hadrian’s Cycleway in 8 days. They are offering a discount to Cicerone readers.

Visit the Wall during the Hadrian’s 1900 anniversary year with a wealth of special activities organised. 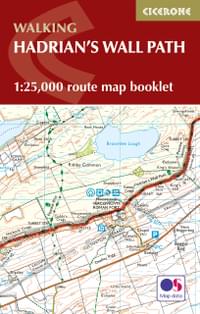 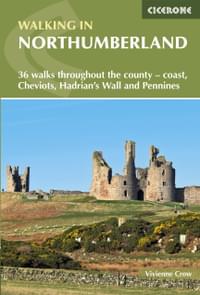 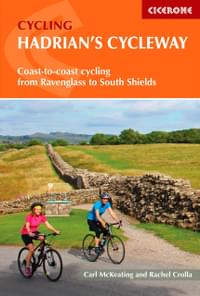 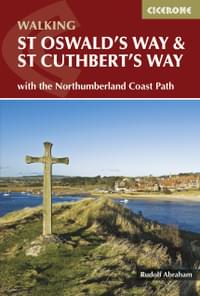 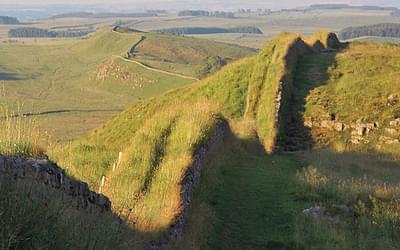 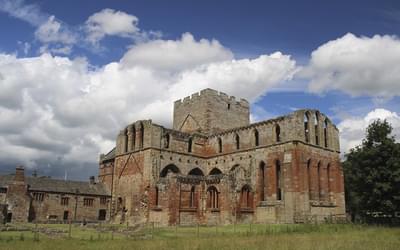 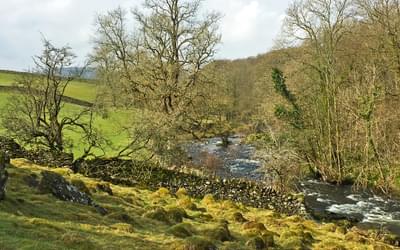 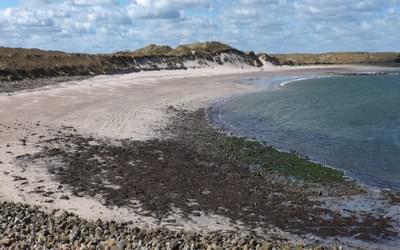