Regular guest bloggers Carol and Jim Watson have been hiking the Tour of the Jungfrau Region and share this trip report with you. They have 'walked with Cicerone' many times and have written other posts on the 'Coast to Coast' and the 'GR5'. On the approach to Murren on our alternative lower level hike. As you can see absolutely lovely.

This year we decided to hike the Tour of the Jungfrau Region using Kev Reynold's book as the basis for our walk, a route we chose to modify in a few areas to allow us to visit villages which the route does not include, Murren and Lauterbrunnen. We set off at the end of June and were blessed with glorious sunshine almost throughout our hike, meadows filled with flowers and paths relatively quiet.

However, the trip was not without incident. We had taken the train from London via Paris and thence through to Switzerland and finally by cog-railway up to the Schynige-Platte where we were to stay the night before setting off the following morning on the route described in Kev's book. On the Eiger trail from Alpiglen to Kleine Scheidegg at Stage 4.

We decided to check out the onward route on arrival only to find a large sign stating that the path to the Faulhorn (where we were to stay the next night) was closed because of the depth of snow remaining. More than this, the Faulhorn hut was not open - so we had no path and no overnight accommodation for the following day/night. We realised that plan A was not, therefore, possible and that we should revert to plan B - only there was no plan B!

Quick phone calls to the tourist board in Grindelwald acquired a B&B for the next night and then some close scrutiny of the map identified a path leading down to the valley and thence to Grindelwald. We took this path and although it was tough and caused anxiety to the leg muscles we made it and were able to take the lift back up next morning and pick up the route. Stage 6, Stechelberg to Obersteinberg - a fabulous day as you can see. Husband Jim striding forth, sensing coffee and cake at the hut ahead.

Back to blue skies and beauty

From there it was much more straightforward and with blue skies overhead and the rest of our accommodation confirmed we were able to relax and take in the beauty of the route. We were glad that we had opted for a lower-level option later on as all paths to and from the Schiltorn were also closed because of late snow. We found the whole route exhilarating but tough, and realise that Kev, as a very experienced hiker, must be fitter than us as we could not maintain his timing over, in places, quite rough terrain. The huts we stayed in were delightful and we will long remember our evening at Alpiglen and then, the next morning, seeing the vet attend to the hoof of one of the cows, watched with sympathy by the rest of the herd. Although we could not hike to the Schilthorn we did get up by gondola and the views were stunning.

The Jungfrau region is a very popular tourist destination, but Kev's route took us away from the crowds and into areas little frequented for which we will always be grateful.

Thanks again Cicerone for assisting us with our travels. We are now all set to hike the Cathar Way next spring with Alan Mattingly and Cicerone.

Do you fancy trekking the Tour of the Jungfrau?

Carol and Jim Watson used the Kev Reynolds guidebook to trekking the Tour of the Jungfrau Region.

If you'd like to share a story with us then please do - we love to hear how you've been using your guidebooks.

10 days trekking in the Bernese Oberland 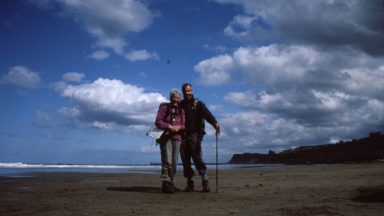 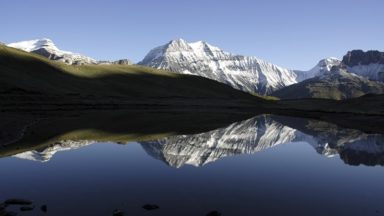 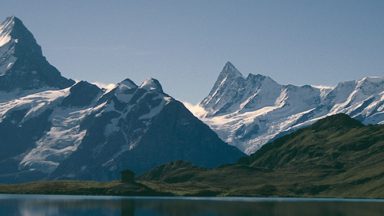 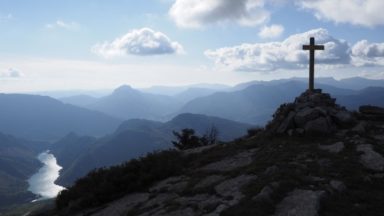 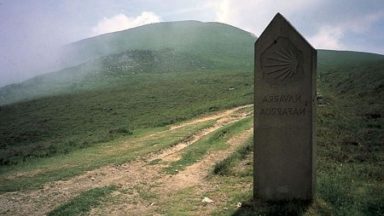