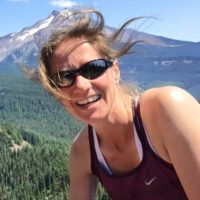 Not far from Geneva, the opportunities for snowshoeing in the Jura mountains of Switzerland are superb. Accessible even for a weekend of winter walking, these mountains can be reached by train via L’Isle, and boast superb views and great food too.

To many, the name ‘Jura’ is associated with whisky and a remote island off the west coast of Scotland. To some expats living in Switzerland the name suggests a region of little hills and wooded strips of countryside just north of Lake Geneva which, not being famed for their alpine skiing, are scarcely considered exciting enough to acknowledge, let alone explore. What a very unfortunate misconception! As an outdoor enthusiast living at the foot of this extensive mountain range, which covers 23,000 km2, I find this incredible. But the rugged beauty of the Jura’s rolling mountains, containing dense forested areas with stunning views over Mont Blanc and the Alps, is easily missed from any traveller’s itinerary due to the nearby attraction of picture-perfect views of exposed mountains surrounded by cosmopolitan holiday resorts, such as Verbier or Saas-Fee.

The Jura, meaning ‘forest’ in the old Gaulish language, is located on the French–Swiss border, extending 360km from Geneva in the south to Basel in the north, separating the Rhine and Rhone river basins. The area is made up of fossil-bearing limestone formations, providing the perfect setting for any flora-loving individual who wants to brush up on their Gentians and Saxifrages, or for geologists seeking bioclasts and ooids.

The montane and sub-alpine environment of the Jura provides an extensive array of wooded pastures filled with deciduous and coniferous trees, making it the perfect setting for the reintroduction of lynx, which became extinct in 1915 due to over-hunting and land use changes. Wolves are also on the reintroduction agenda: three individuals from packs in Italy, where wild wolves survive, are already popping into the Valais over the border from Italy, but they have not yet moved as far as the Jura. You can get a glimpse of wolf and brown bear up close at JuraParc, a small zoo that works with the WWF, located on the road between Le Pont and Valllorbe: this is a perfect way to finish a day on the Jura.

L’Isle couldn’t be recommended enough for the entry point to the Jura. The beautiful riverside village sits at the end of the regional train line from Morges (final station name L’Isla-Mont-la-Ville), which has high-speed connections to Geneva airport and Lausanne. Unfortunately during winter the buses stop their services onward from L’Isle to Col du Mollendruz, in the heart of the mountains, meaning that the Jura are a little difficult to explore unless you have your own means of travel. One fantastic way is to hike from L’Isle, from where hundreds of kilometres of hiking paths connect the Jura.

L’Isle is also a perfect entry point to the Jura due to its being home to the best confiseur in the area, Yves Hohl, whose Maison du Chocolat serves a range of savouries, cakes and breads. You could easily spend the day here tasting an assortment of mouth-watering delights for breakfast, brunch, lunch, afternoon tea and dinner! Their specialty is the house hot chocolate, where options include milk, dark or spiced flavourings and Chantilly cream.

From L’Isle yellow signposts mark a route northwest through the Combe a Berger to Grand Chardève. The track gradually ascends the foothills, passing a range of differing ecosystems, as well as historical sites including WWII ‘Toblerone’ tank traps. This path is popular with the local commune for weekend access to the Jura all year round. Passing Grand Chardève you bear right, following the signs for Chalet du Mollendruz, finally joining the National Jura Crest Trail (number 5) towards Nordic Sport at Col du Mollendruz.

The Chalet du Mollendruz (also known as the Buvette L’Hiver or ‘winter bar’) makes for a perfect pit-stop for a hot drink or bite to eat after a morning ascending the foothills. The interior of the buvette has a large panoramic piece of carved wood detailing names of the Alps in the distance. Just 15mins further down the trail is Nordic Sport, located at the heart of the well-signposted ski du fond, ski randonee, raquettes and pistes pour marcheur sur neige. You can rent or purchase a range of equipment for winter activities here.

Crossing the road onto the 4km piste pour raquettes, you enter yet another different environment. Up to this point the route following the yellow signposts has mostly passed through dense deciduous woodland followed by coniferous forest, but now a bleak landscape with a variety of routes to choose from opens up. Be sure not to set foot on the beautifully groomed ski du fond, which could land you in trouble with the locals: instead, follow the pink snowshoe signs, rolling northeast, away from the pistes and back into clusters of fir trees until you see the welcome sign of a smoking chimney at La Bréguette.

As this area is famed for its Nordic skiing trail etiquette is strict, and you are confined to specific routes taking in the best parts of the area. The locals are, rightly, very keen to protect the local environment, which again leads to partial restrictions on where you can roam on the Côte de Mont la Ville. 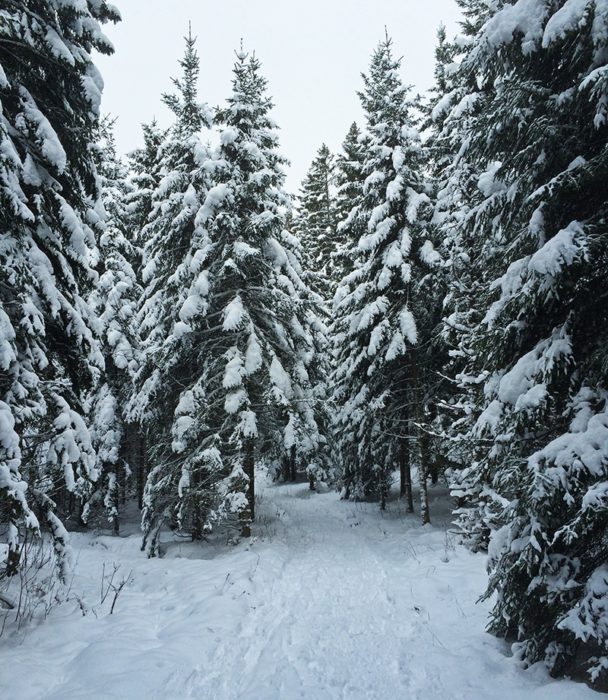 La Bréguette is a remote buvette and auberge offering basic accommodation in the form of dormitory and twin rooms, with food in the form of a very good selection of locally produced cheese dishes. The most famous cheese in the area is Vacherin Mont d’Or, sold in a circular pine case between the months of September and May. The outer skin of the cheese is studded with garlic cloves. A healthy glass of white wine is poured over the cheese, which is then wrapped in tin foil in its pine box (to add to the smoky flavour) and baked in the oven for half an hour. The dish is served with potatoes and, in my opinion, is the tastiest cheese-based meal found in Vaud.

As a post-meal digestif try the locally produced Gentian liqueur, which has a similar flavour to gin with traces of alpine botanicals. The spirit is produced using gentian roots from the giant yellow species found all over the Jura, and has a slightly citrussy flavour with a pleasant aftertaste that suits cheese dishes.

The following day takes you on the other half of the circular snowshoe track (Sentier route 1) back to the Col du Mollendruz. Cross the road (beware: this is a fast road with hidden corners either end) and then begin the Sentier route 2 snowshoe track towards Châtel.

This is my favourite winter route in the Jura: it follows a winding track along a narrow, rugged path surrounded by fir trees laden with snow. The track opens up as you ascend to the spot height of 1404m just before Châtel, leaving you breathless, not because of the ascent, but because of the stunning beauty of the surrounding densely forested hillsides to the north. On a clear day you can see Dents de Vaulion, an isolated craggy peak due north. As the route climbs again to the final spot height of 1432m, the Alps are fully exposed, leaving a stunning view from Geneva to the Bernase Oberland. Mont Blanc is easily recognized, alongside many other famous peaks and natural features such as Lake Leman.

The Jura is famed for its hiking paths, even in winter: it is easy to navigate and explore off the beaten track making use of Swiss mapping alongside snowshoe paths.

Châtel was a fortified refuge belonging to the De Mestral family in the 18th century. It is now a nature reserve famed for its rich populations of plants and wildlife which are definitely worth coming back to view in springtime.

The path continues due south, descending a spur towards Montricher, a beautiful hilltop village nestled in the foothills of the Jura. La Fromagerie Gourmande is worth a visit on your way through Montricher, if only to stop at the shop to sample some locally produced cheeses and meats. The upstairs restaurant serves a range of menus to suit the time of day, with a stunning view towards the Alps. It is possible to catch the train from the station just south east of Montricher back towards Morges and onwards to Geneva – or you could head back to Maison du Chocolat for a post-hike hot chocolate! 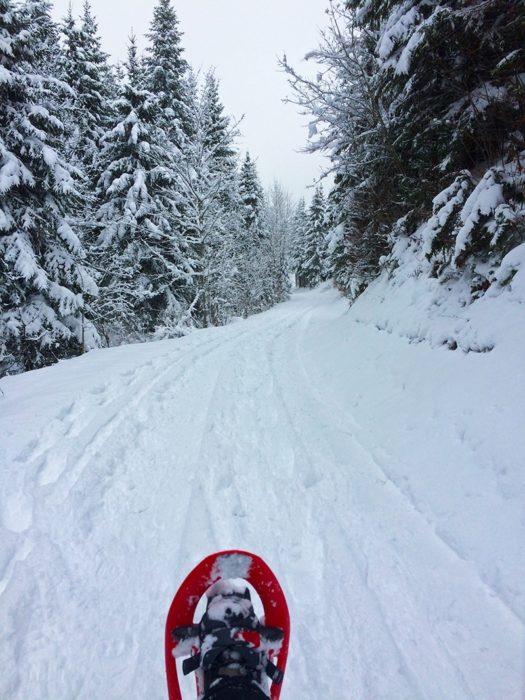 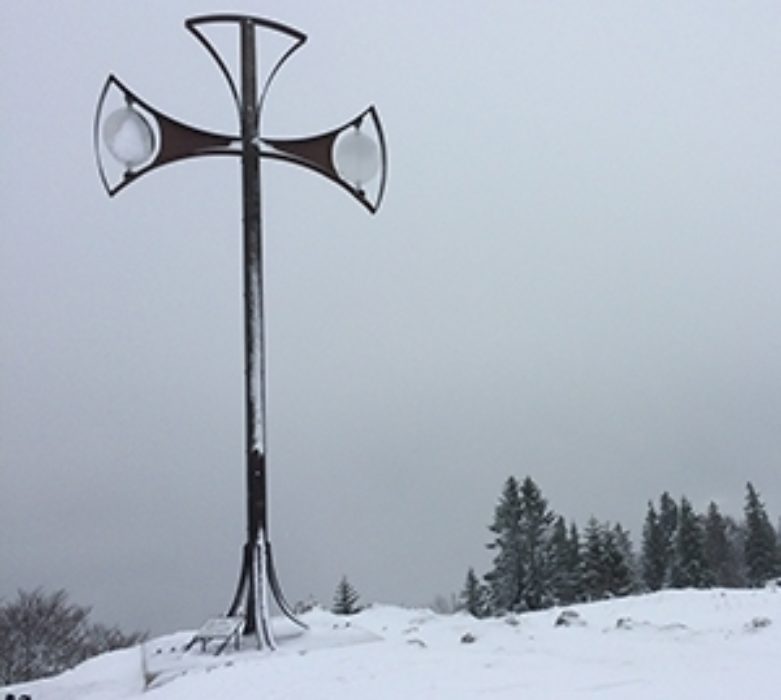 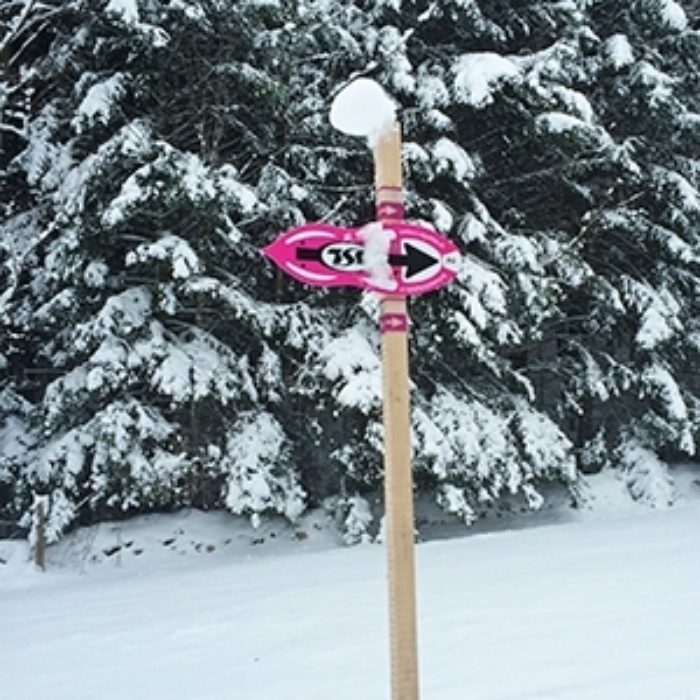 Sights to see (off the beaten track)
JuraParc – www.juraparc.ch

A two week trek from Zurich to Geneva

Schirmeck to Lac Léman, and the GR53

The North Sea to Schirmeck in the Vosges mountains

A pocket guide to understanding and reducing risks from Avalanches 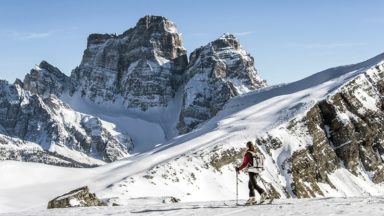 Hidden Gem - Ski Touring and Snowshoeing in the Dolomites 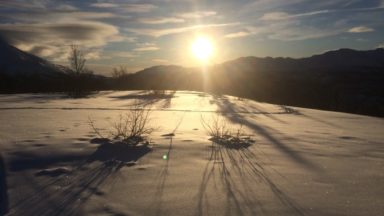 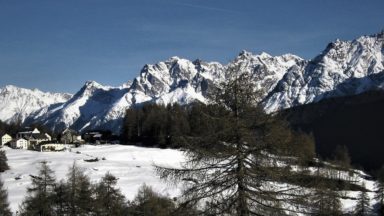 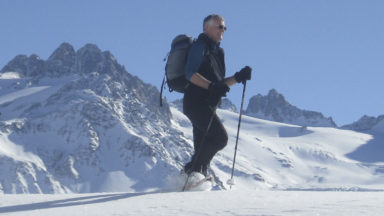 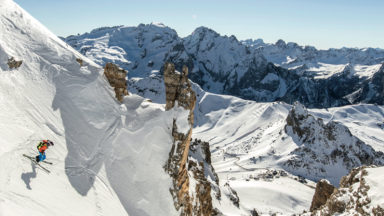 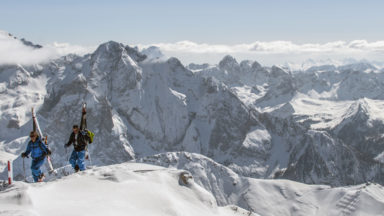