The BMC have published a 36 page downloadable pdf (4.5 MB) 'The White Guide' with information on winter climbing safety and ethics in the Lake District.

Winter climbing in the Lake District is fantastic, and despite all too often presenting a fleeting opportunity given the fickle nature of UK weather, can provide some of the biggest adventures and most magical experiences available in this small but perfectly formed corner of England. One of the most important skills in winter climbing is identifying where might be ‘in condition’ given recent weather and once you arrive at your chosen crag, picking a route in suitably wintery condition. This is important both from a climbing ethics perspective, but crucially also to ensure that we prevent damage to the rare arctic alpine plants that can live on the crags we climb on.

Conflict between winter climbing and conservation is a real possibility. If a route is climbed when its turf is out of condition, the areas inhabited by arctic alpines are sometimes so small that an entire population could be destroyed in one ascent. The traditional conservation view might have been to ban climbing on any cliffs holding these rare plant species, but the modern approach recognises that this conflict can be easily avoided by following a few simple guidelines.

The Lake District provides an important habitat for a number of rare arctic alpine plants. These have been drastically reduced in numbers over the years through intensive collection in the Victorian era and heavy upland grazing. This means that plant populations are small and the last bastions for these species are on the crags we visit as climbers, where sheep have been unable to graze. Nowhere is this truer than on winter routes, which tend to follow natural drainage lines and turf which provides the ideal habitat for these plants.

Download the White Guide now, and check which areas are sensitive, and which routes in particular you should NOT climb.

A pocket guide to understanding and reducing risks from Avalanches 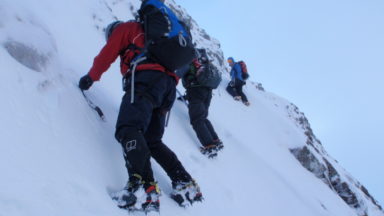 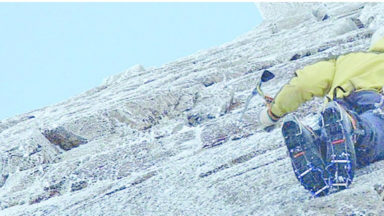