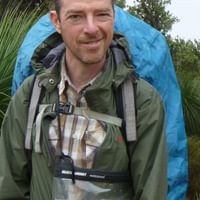 Combine a dramatic landscape with a vast wilderness and intriguing history and you get one of the world’s great walks – the Overland Track. Warwick Sprawson introduces Australia’s most famous hike.

What do you picture when you think of Australia? Sunshine, beaches and a whopping big red rock? Well there’s a lesser-known Australia, one of glacier-carved valleys, vast moorlands, mossy rainforests, rugged peaks and thundering waterfalls – all teeming with plants and animals found nowhere else on earth. This is Tasmania, the wild island state that’s home to the Overland Track.

Tasmania – an island two-thirds the size of England – is located south-east of the Australian mainland. The Overland Track is an 80km hike through the pristine wilderness of the 160,000-hectare Cradle Mountain-Lake St Clair National Park, part of the much larger Tasmanian World Heritage Area. Located in the central north-west of the island, the hike links Cradle Mountain in the north of the park to Lake St Clair in the south. An abbreviated 63km version of the walk is also popular, which finishes at the top of Lake St Clair. You can then catch a ferry across the lake to Cynthia Bay instead of walking the final leg.

While it’s possible to do the walk in just four or five days, allowing yourself a few more days, ideally eight or nine, gives you time for a rest day if the weather turns bad, and also time to explore some of the Overland’s sidetrips. These sidetrips – tracks heading off from the Overland’s main spine – are the highlight for many walkers: from Pine Valley’s ancient rainforests to climbing Tasmania’s highest peak, Mt Ossa (1617m).

While there are no direct international flights to Tasmania, the island is just a one-hour flight from Melbourne or a two-hour flight from Sydney. Most flights arrive and leave from the Tasmanian towns of Launceston or Hobart. For Overlanders walking north to south – the most common direction – it can be more convenient to fly into Launceston (as it’s closer to Cradle Mountain) and out of Hobart. Both Launceston and Hobart are beautiful colonial-era cities.

There is also a regular passenger ferry to northern Tasmania from Melbourne’s Station Pier.

Why you should walk the Overland Track

The track traverses some of Australia’s most spectacular mountain scenery, a landscape where the scars of the Ice Age still seem fresh. You’ll follow valleys worn smooth by glaciers, admire (and have the option to climb) dramatic peaks and quench your thirst with the best water you’ve ever tasted – straight out of rushing alpine streams.

The area is a refuge for many native animals that are now extinct or threatened on the Australian mainland, such as the Tasmanian devil and tiger quoll. While these animals are often hard to see, hikers are almost certain to encounter wombats, wallabies, echidnas and possums. Numerous endemic bird species like the green rosella and yellow-throated honeyeater also call the track home.

Tasmania has four distinct seasons, although on the Overland the characteristic rapid changes in weather mean you might experience them all in the same day.

December, January and February are arguably the best months to hike the Overland. In summer many plants are flowering, the days are long – making sidetrips more feasible – and the average maximum temperature is a relatively warm 16.3°C (with a possibility of temperatures in the 30s).

March–May can also be a good time to walk the track. Autumn hikers can enjoy the spectacular golds and reds of Australia’s only autumn deciduous tree, the deciduous beech, while fungi also put on a vivid display. The first significant snow usually falls in May.

How difficult is the Overland Track?

Around 9000 hikers complete the track each year, about a quarter of whom are from countries outside Australia. The main track is well marked and maintained, with boardwalks above the boggiest ground, bridges over creeks and a network of basic huts, all of which make the track suitable for hikers of average fitness. Yet there are plenty of challenges for experienced hikers, with steep sidetrips to mountain peaks and into wilderness areas like The Labyrinth.

Accommodation on the Overland Track

The rustic huts along the track are basic but functional. Electricity, lighting, rubbish bins, cooking equipment, bedding and toilet paper are not provided. What the huts do have are sleeping platforms like giant shelves, rainwater tanks, gas or coal heaters, communal benches and tables, and a nearby composting toilet. Raised wooden platforms are provided near most huts for erecting tents.

Despite the track’s fame and popularity, hikers need to keep in mind that this is a remote area with frequent wild weather. To enjoy the walk – and not just endure it – you need to be well prepared, with the right clothes, information and equipment.

During the peak hiking season (1 October to 31 May) hikers are required to book their departure date and purchase an Overland Track Pass. The booking system and the Overland Track Pass were introduced to prevent overcrowding on the track and to help preserve it for future hikers.

It is crucial to reserve your desired departure date as early as possible, especially for the popular months of December, January and February, as well as the Easter holidays. Bookings open on 1 July each year.

There is a swag of ‘best bits’, but a few include:

The Overland Track guidebook is out now and includes: 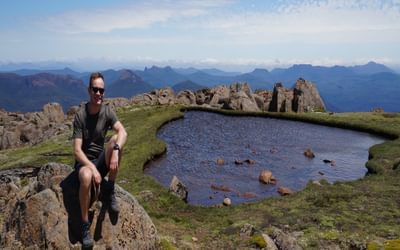 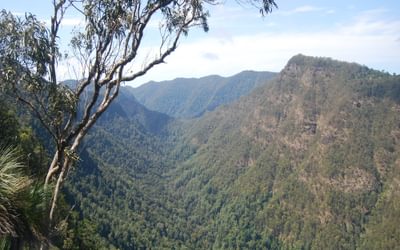 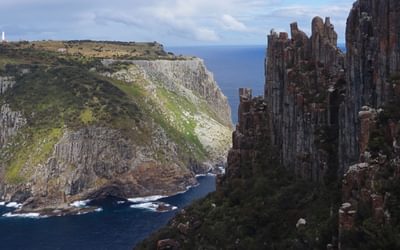 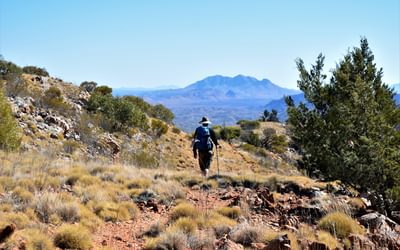 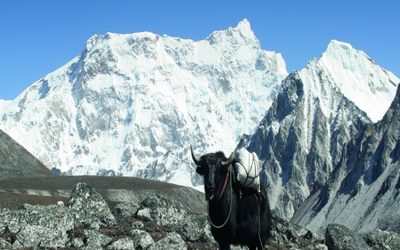