Are you someone who wants to visit an Alpine region for a couple of weeks to explore and enjoy a number of mountain activities perhaps with different companions? The Chamonix valley is an obvious choice, and you will find yourself among thousands of other Brits, and other nationalities from around the world enjoying all that that area has to offer. But maybe you don’t want to visit one of those expensive ‘honeypots’? Then the Maurienne valley has everything you could wish for.

Mountain leader Andy Hodges once asked where the French mountain guides go for their holidays; ‘La Vanoise,’ was the reply. And so began an adventure to discover a range of mountains steeped in history, modest in altitude and of breathtaking beauty, resulting in his guidebook Mountain Adventures in the Maurienne, which features 50 fantastic routes spread across seven different activities.

‘The Maurienne valley is over 60km long, towered over by peaks of staggering symmetry straight from a child’s drawing of mountains.’

The Vanoise massif lies on the north side of the Maurienne valley, a beautiful range of mountains crowned by glaciers. You may have heard of the nearby ski resorts of Val d’Isere and Meribel, but the Vanoise National Park is a protected area, unspoilt by the trappings of the ski industry, where nature and wildlife remain undisturbed, a delightful region to explore.

The Vanoise National Park is a paradise for trekkers in particular, and we have made several trips to explore the Vanoise, more recently as part of the work to update and extend the scope of Kev Reynolds' Tour of the Vanoise guidebook, to become Trekking in the Vanoise in 2020. A network of good mountain huts are mostly spaced with around four hours walk between each of them, although some are a little closer. The more leisurely trekker can make their own way through the national park in a number of either circular or linear routes, while more energetic trekkers can make longer daily stages, including those on the GR5 as they pass through the region, or those specifically trekking the Tour of the Vanoise or Tour of the Glaciers.

The region is a paradise for nature spotters too – as a protected area, ibex, chamois and marmots are in plentiful numbers, while the skies are dominated by eagles and alpine choughs. Hillsides are festooned with spring flowers in June, while high glacial valleys are wild and unspoilt, except in the fringes of the park where the ski industry has made an inevitable impact.

‘The Maurienne valley is one of those believed to be central to the most famous of Alpine journeys, Hannibal’s crossing of the Alps. His supposed route into Italy is now a pleasant half-day’s walk to a far-reaching viewpoint described in the guidebook. The valley also once formed the main route from Lyon to Milan and was part of the Spice Road between these two important cities – the village of Termignon had a chapel dedicated to Notre Dame de Poivre (Our Lady of the Pepper).’

In his Maurienne guidebook, author Andy Hodges bubbles with enthusiasm for the region…

‘The valley offers some of the finest modern via ferratas in France, routes specifically designed for sport, with reliable and well-maintained equipment taking direct lines up soaring cliffs and into the deepest of gorges. Walks and scrambles allow real summits to be reached from the valley in a day, with views reaching to the highest mountain giants in the distance, and mountaineering journeys allow the high summits to be reached without tackling glaciers. Cyclists will find themselves surrounded by Alpine giants familiar to any Tour de France follower, Col de l’Iseran, Col du Galibier and Col de la Croix de Fer amongst them. Nor will mountain bikers be disappointed, with waymarked trails threading through the forests and ski lifts to take the sting out of long climbs’. 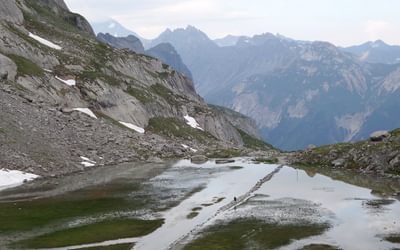 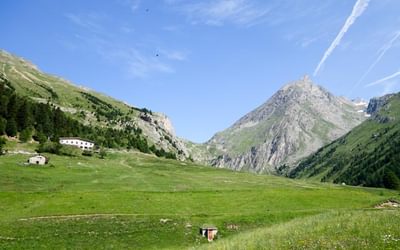 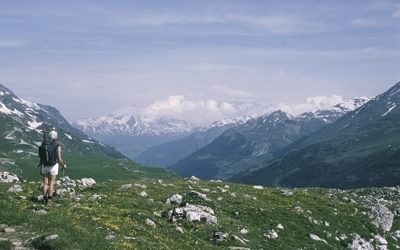 Planning your first Alpine trek? Then how about the Tour of the Vanoise 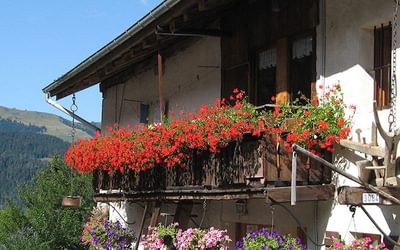 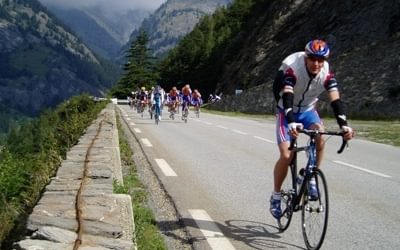