Jim and Carol Watson hike 'one of the best low-level journeys through mountain terrain in the UK', the Snowdonia Way, a route devised by Cicerone author Alex Kendall. Along the way they enjoy and endure trains, views, waterlogged moorland and curious sheep.

Over the years, we have hiked extensively in England and love the Lake District, the Yorkshire Dales and the Peak District. We have also followed Cicerone authors along the Southern Upland Way, the West Highland Way and the Great Glen Way in Scotland. The Brecon Beacons have always attracted us, but we have rarely visited Snowdonia in recent years. So, it was with much interest that we opened Alex Kendall's book, The Snowdonia Way, shortly after publication.

It did not take us long to realise that this was a route that begged to be followed.

We set off in April, taking the train to Machynlleth to start our hike from the town clock on the high street the following morning. It was a dull but dry day, the latter being the most important. Although we went up into the clouds before dropping down to Dolgellau, the first day was good. Things got even better the next day as we followed the route through slate mining areas and enjoyed the views of the Rhinogs, before arriving at Trawsfynydd for our next stop.

We had decided to tackle Stage 3 by breaking the 18.5 miles into two stages. Crossing the lake by the footbridge in the morning, rain fell briefly but only just long enough for us to put our waterproofs on. By the time we walked across the head of the Afon Glaslyn estuary into Penrhyndeudraeth for our overnight stop, the sun was shining. The next day we were doubly pleased that we had chosen to divide Stage 3, as a quick check of the railway timetable meant that we could allow a brief wait to see the Ffestiniog train go through. Another good reason for not being in a hurry on this day was the fact that the logging company working in the forest at Coed Llyn y Garnedd had temporarily obliterated the footpath and a little time was needed to negotiate this area. The route into Beddgelert along the Afon Glaslyn was one of the many highlights of the Snowdonia Way.

A hiker's paradise, in Wales

The next day was to prove the wettest we can ever remember hiking through. There was no shelter to be had, the paths were like river beds and the route across the moorland was waterlogged, shrouded in mist and cloud. Thankfully, the trail was easy to follow. We had a late picnic lunch in a barn shared with a group of curious sheep. We passed by the castle on the way into Dolwyddelan as the rain stopped.

Alex described the next stage as 'one of the best low-level journeys through mountain terrain in the UK', and we would totally endorse this description. We enjoyed glorious weather. The scenery, particularly the Ogwen valley, was stunning and the whole day was a hiker's paradise.

The weather was excellent for the rest of our trip. We divided the last stage into two days, stopping overnight at Llanfairfechan. This gave us the opportunity to descend to the coast just beyond Abergwyngregyn, slightly earlier than Alex had suggested. Here we picked up (in reverse) a small section of the Wales Coast Path, a route described in Paddy Dillon's book, and thus enjoyed some coastal walking.

Our B&B hosts at Llanfairfechan envied us the day we were to take over the hills and along into Conwy.

We had our picnic by the stone circles and enjoyed wonderful views all the way before marching triumphantly along the waterfront to the castle at Conwy.

Our sincere thanks must go to the author, Alex Kendall, for putting together such a tremendous route. The detailed descriptions were faultless and easy to follow. We had described the Snowdonia Way to the locals in a bar one evening, and they considered it to be a very picturesque and inspired route. We totally agree. 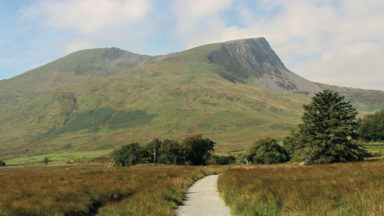 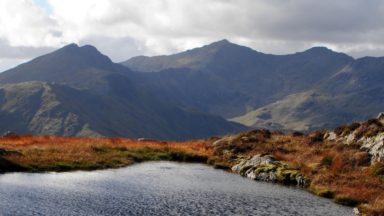 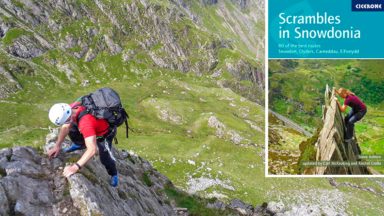 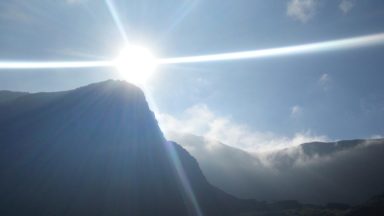 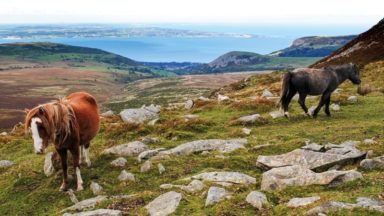 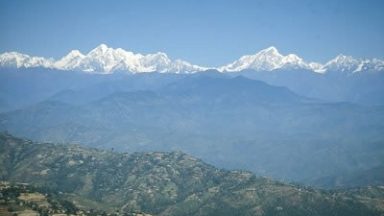