Measuring Mountains - What actually IS a summit? By John Nuttall and Anne Nuttall

‘New Mountain Found’ scream the newspaper headlines. But surely all the mountains in this country have been discovered long ago: what's new? John Nuttall explains what the headlines are all about and how some intrepid surveyors beat the Ordnance Survey at their own game.

If you came across a walker lying flat on the ground, face down on the top of a Lakeland Fell what would you do? Call out the Mountain Rescue? Frantically try to recall that First Aid training you've never had to use? Probably at least you’d ask them if they were feeling OK.

When this happened to me, to my absolute amazement nobody – not a single person – ever took any notice of me. To all passing walkers I could have been invisible. Well what was I doing? I was trying to find the precise location of a summit. Surely that's obvious, it's where the cairn is, you may think: but that's not always so, and to enthusiastic Mountain Baggers precision is vital. Take Glaramara, for instance: there are two rocky knolls on the top and Wainwright selects the easternmost as the summit, but actually the western one is higher. What we needed to prove it was a builder's spirit level.

What actually is a summit?

In the case of Scafell Pike, the answer to this question is obvious enough: there's a big drop on all sides and it cannot be doubted that this is a mountain. But what about the lower, and perhaps less accurately surveyed areas? Some people have suggested that to be classified as a mountain a peak should be surrounded on all sides by a drop of at least 30m (100 feet); others have said 15m (50 feet), while different criteria cover Munros, Corbetts and many others. In the case of Everest this drop is a few thousand feet at least. We chose 50 feet as the standard because a requirement for a greater rise eliminated too many of our favourite summits. But then came the tricky bit. The Ordnance Survey are able to provide the exact heights of summits and cols, but at a significant cost: in fact we'd still be paying off the mortgage if we'd accepted their quote. In the end we used a process of levelling. Starting from the col we would sight along our trusty builder's spirit level, this time while standing up, then walk to the sighted spot on the fellside and repeat until we reached the top. Add up all the bits and we had our height difference. And of course we used the Ordnance Survey maps, which had been recently changed to record all heights and distances in metres: so we had to choose 610m (2000 feet) as the standard for mountain status in our The Mountains of England and Wales.

That was 25 years ago, and these days things have moved on. Now everyone has a small hand-held GPS. The trouble is that although these are incredibly accurate for position they are a lot less precise for height: plus or minus 10m (30 feet) at least. That's no good if you are a proper, pernickety mountain bagger – it's even less accurate than our builder's spirit level method. Also, the heights printed in brown on OS maps are mostly accurate to only plus or minus a couple of metres – ones shown in black type are from the old levelled surveys and are much more accurate.

And then along came John Barnard and Graham Jackson, who wrote to Anne and I to say they had been surveying Birks Fell in the Yorkshire Dales. They were using traditional Ordnance Survey equipment, surveying in both directions from trig pillars a long way off using a graduated levelling staff, and found that it was higher than the OS maps said it was. Fortunately, with my contacts in the Ordnance Survey, I got the ear of their head surveyor, who sounded intrigued and said he'd look into it. Very soon he rang back to say he'd dug back into the OS records and was able to confirm my new friends' measurements: Birks Fell had been surveyed accurately a long time ago at 610m, rather than the 608m, but those records had been overlooked in drawing up the new maps. Thus Birks Fell officially became a mountain.

Since then several new mountains have been added to the list, each hitting the national headlines. What has happened? The change is not due to a massive increase in the popularity of Hill Bagging: most people who throng the Lake District at weekends and holidays would be hard pressed to name the four highest summits in the Lakes, let alone say how many mountains there are. In some ways listing hills is like athletic record-keeping: but, while the numbers of people who can run a mile in four minutes is extremely limited, any moderately fit person can climb the mountains of England and Wales, so finding a new one is bound to attract attention. Poor old Calf Top, the latest mountain to be added to the top table elite, must now have a trench worn across the top by enthusiastic Baggers.

And that brings me to Surveying – the point of this article. How can a couple of amateurs beat the Ordnance Survey at their own game? The answer comes down to a combination of equipment and persistence. Persistence comes in the form of a willingness to spend hours in horrible weather on the summit of a mist-shrouded, rain-lashed, peak. With that in place, equipment is the key. These days the good old trig points are redundant: instead the Ordnance Survey have set up GPS base stations across the country, and John and Graham measure position and height with incredibly accurate survey-grade portable GPS equipment. I say portable, but if you've seen John and Graham labouring up a wild rough hillside carrying their massive equipment you'll marvel at their persistence. Some years ago we went with them and Myrddyn Phillips, a new member of their team, on an expedition to survey first a summit on the Snowdon Horseshoe, which failed, followed by Mynydd Graig Goch, a success. We spent rather too much time standing about in gales and torrential rain for us to want take it up as a hobby, but I do remember how many people were setting off up Snowdon without even a waterproof.

Signals from GPS satellites travel in straight lines: so you can measure your height and distance from one of the beacons, and then you've got all you need, haven't you? Sadly not: really you're only just beginning. The satellite signals don't travel in precisely straight lines: they’re affected by lots of things, like the ionosphere. So taking a hill measurement means making a recording for several hours, after which the recorded data and data from those OS base stations has to be analysed by software until eventually an incredibly accurate result pops out, accurate to just a few centimetres.

Now you've now got your height: but what is it relative to? Sea Level, you may cry. But with global warming, sea levels are rising. Doesn't that affect the height of all mountains? Well, no: the Ordnance Survey thought of that one a long time ago when they standardised Sea Level as the Newlyn Datum, a point in Cornwall. The mathematical model they use for converting measurements from their sophisticated equipment into height above the Newlyn Datum is called OSGM36(02). Now, however, the OS have updated to OSGM36(15). And does that matter? Well in the case of Calf Top it makes a difference of two centimetres – just enough to raise a hill into a mountain.

So you've got the height of the summit. But does it rise enough above its surroundings to qualify as a separate summit? For most mountains, the answer is obvious: Scafell Pike rises above Mickledore by a lot more than 15m (50 feet). But with others the case is less clear, so first of all you need to find the col, the lowest point on a ridge connecting peaks. What's difficult about that?

Have you ever noticed when standing on a summit that an adjacent knoll looks higher? Then when you walk over to this obviously higher top, the first one looks higher instead? Well, finding the col is like that. Having chosen by eye where you think the col is, you have to check it’s the true col, and for that you need a level. Not our builder's spirit level, but a Leica Automatic Level, a little telescope that sits on a tripod, levels itself automatically and has a telescope to sight along, with cross hairs like a gun sight. Someone has to stand on the chosen spot with a staff, so you can note the height of that spot. You do this at various places along the col until you're confident that the true col has been located. Now, if the height difference is clearly enough you have an answer: but sometimes you must be absolutely sure. So then its back to using your heavy recording gear and the Ordnance Survey beacons.

Is Mountain Bagging an obsession? Of course not. It's just going back to places you love again and again, and if a few new summits join the crowd then all the better.

So what's next? We're off for a weekend in the North Pennines with John and Graham, plus a few other mountain baggers. We'll let you know how we get on. 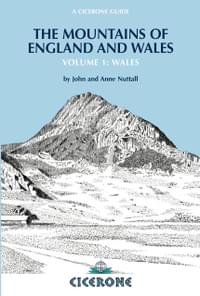 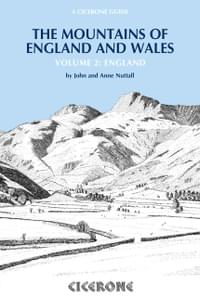 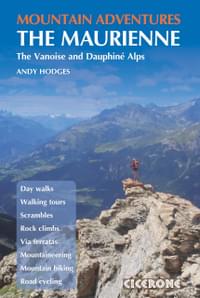 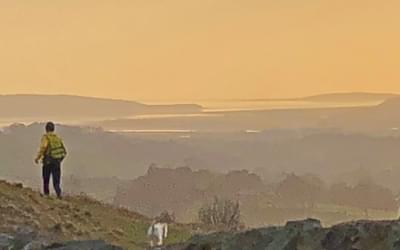 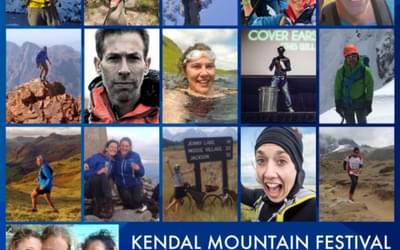