To Santiago de Compostela and Finisterre from Irun or Oviedo

Summer/late spring/early autumn are best, because of the weather and because much of the accommodation closes in winter

While certain stages of the Caminos may be quite physically demanding, the Caminos are largely approachable to any walker, since it is often possible to split difficult stages into shorter sections. Luggage transport services are available for walkers who need support.

The rocky coastline of the Basque Country, sandy beaches, the mountains of Astoria, rolling hills of Galicia; some of Spain's most dynamic cities, including San Sebastián, Bilbao, Santander, Oviedo, Lugo, Santiago; variety of architecture from Lugo's Roman walls, Romanesque and Gothic churches, to Bilbao's Guggenheim Museum

Overview
This guidebook describes the Camino del Norte and Camino Primitivo pilgrim routes to Santiago de Compostela in northwest Spain. The 820km Camino del Norte follows the coast from Irún, on the French border, through Bilbao and takes about 5 weeks to complete. The 355km Camino Primitivo splits off from the Camino del Norte near Villaviciosa and passes through Oviedo and Lugo en route to Compostela. It takes roughly 2 weeks to walk. This book also includes an overview of a continuation route from Santiago to Finisterre on the coast. Physically demanding, but not difficult, the caminos are best walked from late spring to autumn.

The guidebook is broken into stages of between 15 and 35km, most of which end in a town or village with a pilgrim albergue. There is indispensable information on facilities, food and lodging, 1:100,000 scale maps of the route and town maps for key locations. With notes on preparation and planning, travel and equipment, a list of useful sources of information, and a glossary, the book provides all you need to know to walk the camino.

Santiago de Compostela, whose cathedral houses the relics of St James, was one of three major centres of Catholic pilgrimage in the Middle Ages. In modern times the Caminos de Santiago have seen a resurgence in popularity, drawing walkers for all sorts of reasons. Passing through the Spanish regions of the Basque Country, Cantabria, Asturias, and Galicia, the northern caminos are popular enough to offer sufficient facilities, clear routes, and a community of pilgrims, without suffering the overcrowding of the Camino Frances.
Table of Contents

Updates are also being listed on northerncaminos.com. 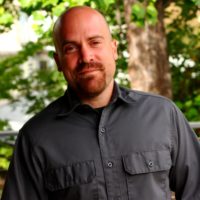 Dave Whitson is a high school History teacher in Portland, Oregon and a graduate of the University of Washington. He made his first pilgrimage in 2002 on the Camino Francés and was inspired to return with a group of his high school students, which he did in 2004. He has made long-distance treks in Norway on the Pilgrim Road to Nidaros, in England on the North Downs Way to Canterbury, and in Turkey on the Lycian Way, all told walking roughly 10,000 kilometers on pilgrim roads in Europe. 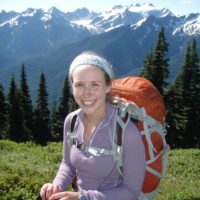 Laura Perazzoli graduated from John Hopkins University with a degree in Writing Seminars and currently lives in Seattle, Washington. She completed her first pilgrimage in 2004 on the Camino Francés as one of the students on Dave Whitson's initial student pilgrimage. After this trip, she was excited to provide others with a similar experience and has since led student pilgrimage trips on the Camino Francés, the Camino del Norte and the Via Francigena. Laura first walked the Camino del Norte and Primitivo with a student group in 2009 and returned in 2011 to re-walk the route and to complete the Camino Inglés to ensure up-to-date route information for this guidebook. 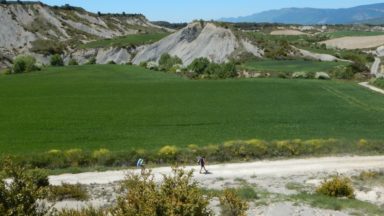 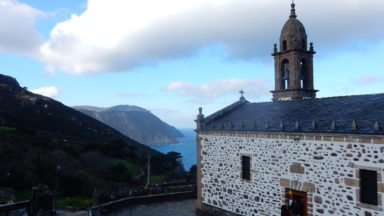 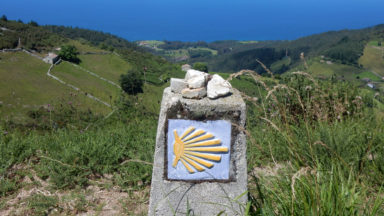 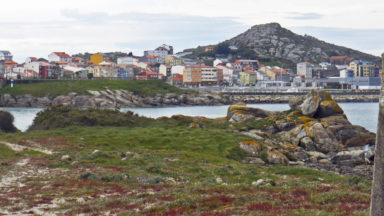 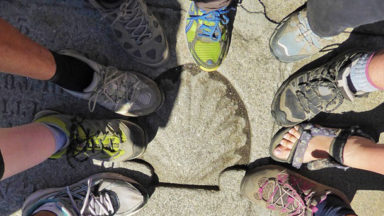