Enter your email address to be notified when this title becomes available.

Lakeland Fellranger walking guidebook covering 34 summits in the Western Fells of the Lake District, with a range of ascents. This area sits within the triangle of Great Gable, Wasdale and Buttermere, defined by the high ground between the rivers Irt and Cocker. With clear Harvey map extracts and the author's original topos and panoramas.

Suitable all-year round, but winter walking, even on the lower fells, is not for the inexperienced or under-equipped.

Straightforward, short ascents, often not on clear paths, to be used as a basis for readers' own circuits. Navigational skills needed but no specialist equipment. Any scrambling is easy and non-scrambling options are always provided.

The Western Fells of the Lake District radiate west from Great Gable, caught in a wedge between Wasdale and Wast Water in the south, to the northern ribbons of Buttermere, Crummock Water and Loweswater. The fells here rise bold and rugged from tapering dales, and with 34 peaks described in this guide, walkers of all abilities are provided with endless variety.

What sort of walking awaits? The Western Fells offer an assortment of both secluded and famous rambles. Hillsides differ from sweeps of grass, steep screes, woodland and rich blankets of heather and juniper. The fells are distinct and individual; from the craggy butresses of Pillar, the rumpled beauty of Haystacks, the grand reaches of Kirk Fell, to the rugged dome of Great Gable, in the Western fells, there are hills for every walker.

The Western Fells is part of the eight-volume Lakeland Fellranger series by Mark Richards. Fellrangers mix the perfect balance of inspiration and information as they provide a comprehensive guide to the fells of the English Lake District. In every book, a dedicated chapter covers each fell, with a variety of routes, both time-honoured and undiscovered depicted on Harvey maps. The author's own topos and summit panoramas, not to mention breathtaking photography, enhance the reader's journey, and make sure that any trip to the Western Fells with a Fellranger in hand is one to remember.

For ease of reference the 34 fell chapters are arranged in alphabetical order. Each chapter begins with a customised HARVEY map that illustrates the routes of ascent described in the guide, and shows ridge connections to neighbouring fells to assist in the planning of extended walks. The corresponding text describes routes up the fell from given valley starting points, identified on the map by a number (shown in a blue box). The starting points are listed in the ‘Starting Points’ table on page 16, and are also given in blue (in brackets) after the ascent route headings in the walks. In many instances there is also a diagram that shows the routes from a given perspective to assist visualisation.

The primary routes to the summit are described, with optional variations given, up to their natural point of connection with the more common route. Where a route follows a defined path this is shown on the map and diagram in red dashes, and where the recommended route follows an intermittent path (or there is no path on the ground at all) this is shown in green dashes. Where a route follows a road it is not picked out by dashed lines. Being aware of the safest lines of descent is important, and advice is given on these except on the most straightforward of fells. There are far more paths on the fells than are shown on a conventional HARVEY map, and for clarity this guide only shows the paths and routes that are described here.

‘These guides are getting to be essential to possess...information, invaluable, well-packaged and so easy to slip into a rucksack. Here, Richards continues the series he began with HarperCollins, who had higher hopes of sales and made a swift exit after four titles.

Fortunately, the guides found their natural Cumbrian home in Cicerone who have made a far better fist of it. Thirty-four fells around Wasdale and Buttermere are featured with a variety of ascents shown on Harvey Maps, while summit panoramas – always helpful – show what other peaks you are gazing at. And the colour photography is splendid too. “How grateful we are” says the author, “for their existence, these magical fells” ...and for guides and writers like this.’

‘You cannot go wrong with one of Mark Richard’s guidebooks in your rucksack – quite literally.

They are extremely detailed and this one describes all the approaches, ascents and ridge routes on 34 fells in the Western Lake District. I already have his guides for the Southern, Central and North Eastern Fells and they have proved invaluable as I attempt to ‘bag’ all the Wainwright summits.’ 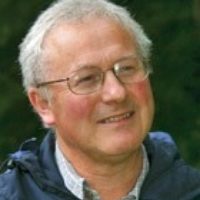 In 1980 Mark Richards began his three-part guide to the Peak District for Cicerone Press, and in 1987, with Chris Wright, wrote a guide to walking around the former county of Westmorland. He now lives in Cumbria and, after 14 years' dedicated research, has completed his series of Lakeland Fellranger guides covering the entire region. He has also written a guide to Hadrian's Wall. 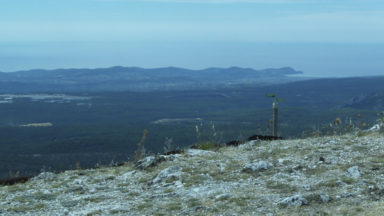 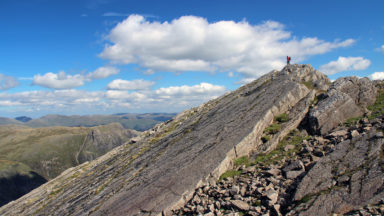 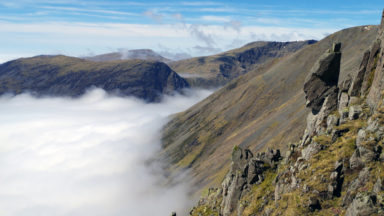 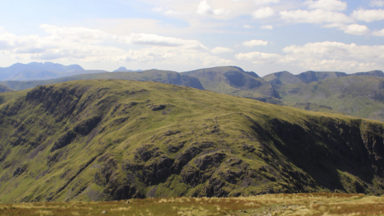 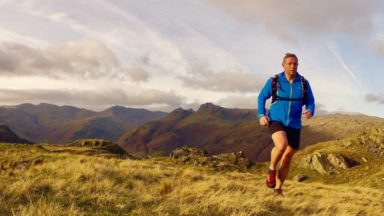 Lake District Fell Running - the lure of the fells