Put simply, the GR routes are an immense network of long distance walking routes in France, Spain, Germany, The Netherlands and Belgium. But there's a bit more to them than just that...

It doesn’t take the biggest European language genius to work out what these all mean: ‘Big Walk’. In England and Wales, we have the National Trails, Scotland has its Great Trails and the USA has the National Trail System.

In much of western Europe though there are the long GR routes which range from a few hundred kilometres to a few thousand kilometres. They range from shorter, flatter routes in the Paris area (GR1) to the epic and challenging GR20 in Corsica.

The GR routes are maintained by the local country’s official federation. One of the great things these federations do is to provide waymarking on the route, always using the classic red and white paint markings. Different regions have their own idiosyncrasies here, and while you might have very occasional markers on the GR7 in Andalucia, you may come across excessive, and seemingly unnecessary markers painted across a boulderfield on the GR5 in the French Alps.

France is really the home of the GR route, and the most classic of all lie in the Alps. The GR5, which stretches all the way from the North Sea to the Mediterranean (more about that later), traverses the entirety of the French Alps from Lake Geneva To Nice.

Here’s one you’ve probably not heard of: the GR54: Tour of the Oisans. The GR54 is regarded as one of the toughest treks in all of Europe - have a go at the 100 mile route which has 12,500m of ascent on rough, rocky terrain around the Ecrins massif.

Through the French Alps from Lake Geneva to Nice

An essential guidebook for walking the GR5 trail, 660km from Lac Leman (Lake Geneva) to Nice or Menton, through the French Alps. Includes all the main variant routes as it passes Mont Blanc, then through the Vanoise, the Queyras and the Mercantour National Parks. Includes accommodation, profiles and maps. Suitable for fairly experienced hikers. 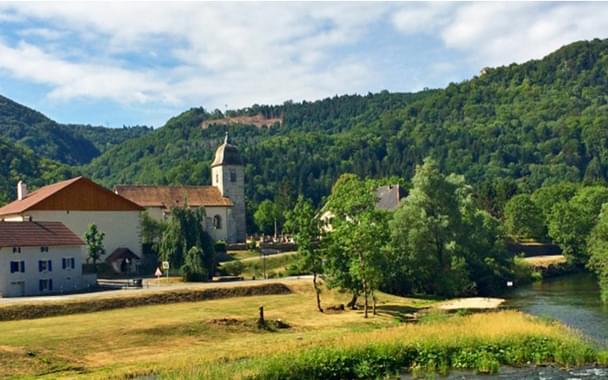 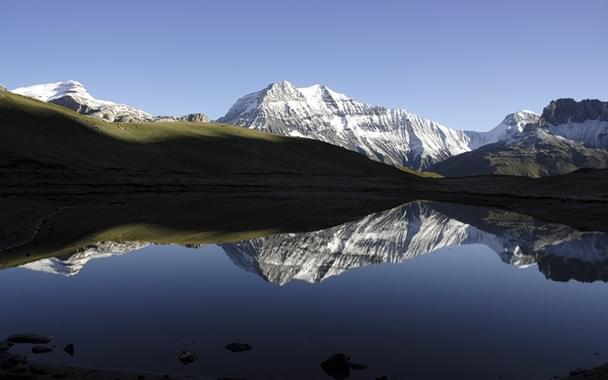 Confusingly, the same GR number can be used in multiple countries. Such is the case with Spain’s GR1: the Sendero Historico. 1200km of stunning, historical walking takes you all the way across northern Spain. Friend of Cicerone, Rose Muylaert, recently shared her photos of her adventure with us.

The GR 7 is a monster at 3,300km! It stretches from Alsace in eastern France, over the Pyrenees (via the mountain principality of Andorra) and across all of Spain to Tarifa at the Straits of Gibraltar.

Guidebook to the 1250km of Spain's Sendero Historico (GR1), traversing northern Spain from Puerto de Tarna in the province of Leon in the west to the Mediterranean near L'Escala in Catalonia, through fascinating, varied landscapes and the foothills of the Pyrenees. Described in 53 stages, about 25km each in length, with detailed mapping.

Home of the GR10 and the GR11. Both routes make their way from the Atlantic Ocean to the Mediterranean Sea via 800-1000km, 45-55 day routes. Both routes stay just off to the side of the main Pyrenean ridgeline, with the GR10 sticking on the French side and the GR11 remaining on the Spanish side. Sandwiched between them is the Haute Route Pyrenees (HRP), a non-GR route that stays almost on the crest of the ridge, one foot in France, the other foot in Spain. 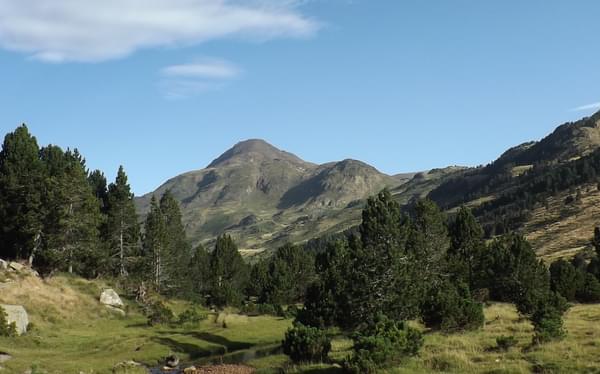 Crossing the Pyrenees on foot is no mean feat but to do it ten times over is something else entirely. Brian Johnson, who has done just this, explains the differences between the... 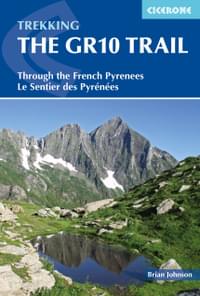 Guidebook to walking the GR10, the Sentier des Pyrenees, a 955km trek across the French Pyrenees from Hendaye on the Atlantic Coast to the Mediterranean coast at Banyuls-sur-Mer. The book describes 55 stages, with information on planning, transport, accommodation and facilities. Walk the entire GR10 in around 45 days or in shorter trips.

Most of the Mediterranean islands have GR routes across or on them. Mallorca’s GR221 (The Drystone Route) traverses the Tramuntana mountains. In the Canaries, there’s the GR131. This is an island-hopping route that takes you across the wonderfully diverse landscapes of the different islands.

As mentioned previously, the GR20 in Corsica is the most famous of the bunch. 200km long, it’ll take you two weeks to cross the island. To give you an idea of the roughness of the mountainous terrain, one of the stages is just 6km long - but it will take you five and a half hours to do it! 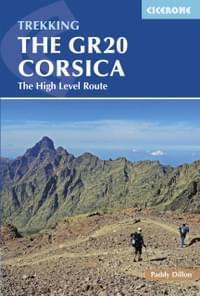 Germany, Belgium and The Netherlands

The GR5 is THE route through The Netherlands and Belgium. The variety of landscapes and historical sites it passes through are quite fascinating. The route then meets the Vosges and Jura section of the GR5 in France, before tackling the Alps. Now that’s a route!

Well, Italy doesn’t have GR routes. Instead, in the mountains there are the Alta Via trails, that are typically waymarked by the local sections of the Italian Alpine Club. Some of these can be very challenging, such as the Alta Via 2 in the Dolomites. 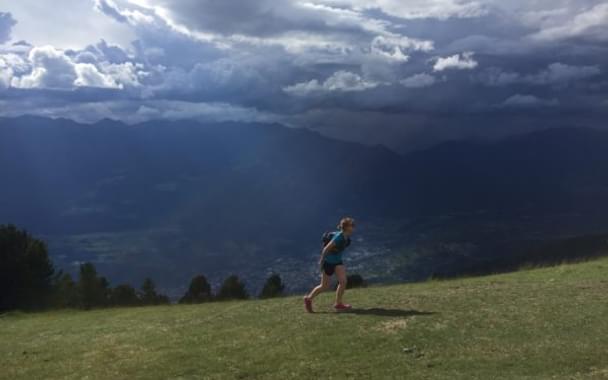 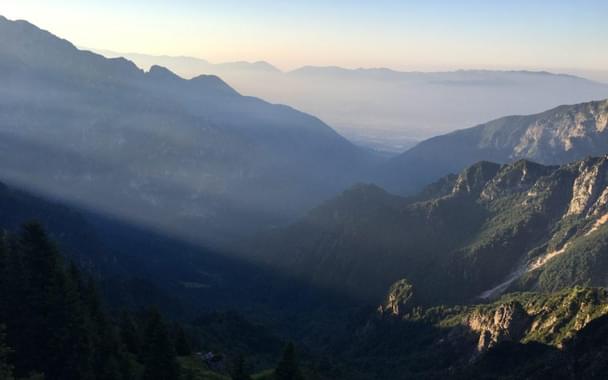 Many of the GR routes can be combined, then added onto another country’s non-GR trails to produce the European long distance paths, known as the ‘E’ routes. These mega-routes are really something else. You’d need to quit your job or take a couple of sabbaticals to complete any of them in one go!

Walking one of the European GR routes should be on every long distance walker’s to-do list. The good waymarking, combined with European infrastructure and facilities (public transport access, accommodation and mountain huts, shops to pick up supplies) means you can have a great trek without having to carry a tent and weeks of food with you, like is necessary on something like the John Muir Trail in the US, or the Cape Wrath Trail in Scotland.

My advice? Go do the GR5 across the French Alps. 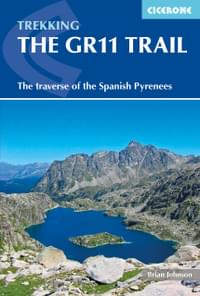 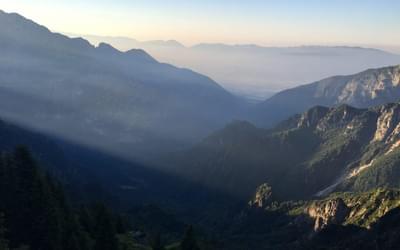 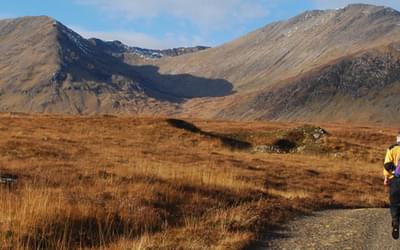 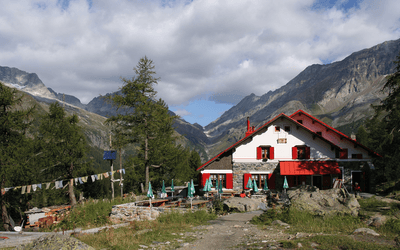 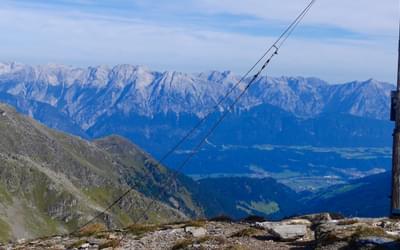 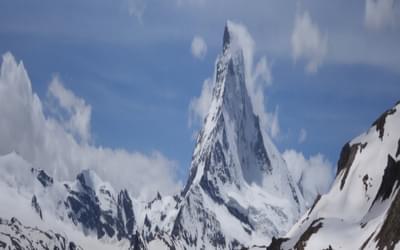