The Haute Savoie region of France contains many nature reserves where plants and animals are protected. As well as enjoying the immense beauty of the walker's paradise that is the Haute Savoie, you have an excellent chance of spotting wildlife.

Wildlife of the Haute Savoie region

The various species of wildlife which can be glimpsed, if you are lucky and there are not too many people, are deer, ibex, chamois, moufflons, mountain hares, wildboar, marmots, grouse, buzzards, eagles, ptarmigan and bearded vultures. There are also the more widespread rodents such as foxes, dormice, stoats, weasels, pine martens and squirrels. Both lynx and wolves have recently made a reappearance in the Haute Savoie, the lynx coming across from Switzerland, where it was reintroduced, and the wolf from the Italian Alps. Both are protected animals, and farmers are concerned about implications for their livestock. A mountain stream above the Arve valley: photo Richard Saynor

Animals in the Haute Savoie

Ibex are mountain goats with beautifully curved ridged horns, sometimes more than a metre long. Sturdy, passive animals, the ibex has no natural enemies, although the babies have been known to make an eagle’s meal. They are usually to be found at an altitude of about 2000m, the females with their young in small family groups, and the males joining them during the rutting season at the end of the year, when they use their long horns to fight off other contenders for their females. The ibex was hunted to extinction in the Alps and only reintroduced in the 1960s, but unfortunately it was discovered in 2013 and again in 2015 that some of the animals had contracted brucellosis, a disease that can be transmitted to livestock and humans. Farmers were concerned about their cattle and about cheese production, and as a result an enormous cull took place, amid much controversy.

The chamois is a daintier, lighter and more agile animal than the ibex, being the alpine representative of the antelope family. With a pretty, striped brown and cream face, the males having two small curving horns, they are often to be seen in large herds leaping from rock to rock in the most inhospitable places, but you will rarely get near them as they are timid and nervous. Their speed and agility is due to their hooves which, like small cushions on normal terrain, have the ability to widen and become like crampons on precipitous rocky slopes. Although chamois can still be hunted, quotas have been strictly controlled since 1982, and hunting is restricted to a few weeks in the autumn.

The moufflon is a species of mountain sheep with thick, scroll-shaped horns. It was first introduced to the alpine regions from Corsica in the 1950s so that it could be hunted and thus solve a food problem. In 1969 about 60 animals were installed in different areas of the Haute Savoie, including in the Réserve Naturelle du Mont de Grange in the Val d’Abondance, and in 1978 a herd was released on the slopes of the Tournette near Annecy. At present there are about 300 in the Haute Savoie, although some ecologists are against animals being introduced into a region where they were never endemic. They are passive, slow animals that spend at least eight hours a day peacefully grazing on the higher slopes. If you come across a large patch of meadowland where the grass has been churned up and the earth turned over, you know that there are wildboar in the vicinity. This is not an animal one would choose to meet face to face – which fortunately is unlikely – since they can weigh as much as 150kg and be very aggressive if cornered. They are really just wild pigs that like to live in small herds, mainly in forest areas, and are more numerous in the wooded Jura mountains than the Alps. They have no enemies other than hunters, and their meat, rich and gamey, is considered a great delicacy.

The most charming of all the alpine animals is the marmot, which lives in colonies above 1000m. If you hear a piercing whistle echoing across the slopes, stop dead in your tracks and keep your eyes peeled for one of these enchanting creatures, which are usually to be found in rocky grasslands. The whistle is the alarm call from the marmot on sentry duty telling his fellows that there is danger in the vicinity so that they can rush back into their burrows – a single cry warns of an airborne predator, and a series of cries of one on the ground. But they are not really shy creatures, and if you stay quiet, curiosity will overcome their fear and you will see a furry head pop out again to look around and survey the slopes.

During the winter months marmots hibernate in their deep, grass-lined burrows, living off accumulated fat until they emerge thin and hungry in mid-April. The marmot has few enemies, except for eagles who like to snatch the babies, and they have never been seriously hunted for food. They are prolific in the Alps and the walker has a good chance of seeing them on many occasions.

Of all the alpine birds of prey, the most impressive is the golden eagle, which, having been protected for a number of years, can be seen more frequently. A more recent newcomer is the bearded vulture, which was reintroduced into the Alps in 1978 and there are now around 100 couples. In 1987, 19 young birds were introduced into the Haute Savoie, where they are heavily protected. With a wing span of three metres they are an awe-inspiring sight as they circle majestically among the high peaks. One of the most interesting of birds to be found at around 2000m is the shy ptarmigan. The size of a pigeon, the ptarmigan can only fly for short bursts, preferring to stay on the ground pecking around for grass and berries. In summer its plumage is brown, a perfect camouflage against the rock and scree where between May and July the females will raise from four to eight chicks in a nest in a rocky hollow or long grass.

In winter ptarmigans turn white, merging with the snowy environment, and they protect themselves against the arctic cold by building an igloo in the snow with their claws, where they can remain for days without food. Unfortunately their numbers have been much reduced as skiers often disturb them or they are caught in the overhead wires of ski lifts. The black grouse, renowned for its mating displays, is another bird that is fast disappearing due to ski installations and being hunted for the pot. It prefers bushy areas at altitudes between 1400m and 2600m.

Alpine choughs are often found at the top of a mountain, especially those frequented by picnickers. They are distinguished from the chough by their red legs and short yellow bill rather than a curved red one. They make a sinister, high-pitched screech that is in complete harmony with the precipitous rocky summits they favour. Look out too for falcons, buzzards, hawks, larks and the smaller birds such as the dipper, which loves to run along the bottom of rushing Alpine torrents at high altitude. Butterflies can still be found in the meadows and even at higher altitudes, including those that are now rare in Britain such as the graceful, creamy yellow and brown swallowtails and the purple Camberwell beauty with its striking cream border. Among the commoner species there are plenty of red admirals, tortoiseshells, yellow brimstones and tiny meadow blues.

Go walking in the Haute Savoie

Cicerone Press have two guidebooks to Walking in the Haute Savoie - North and South. 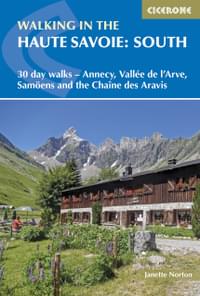 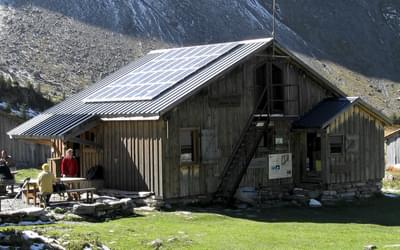 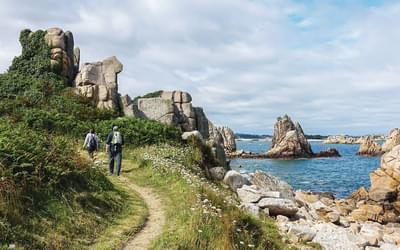 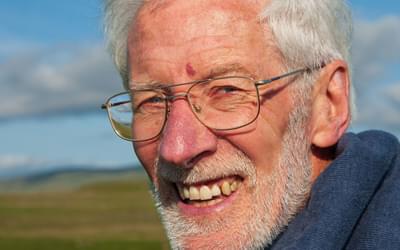 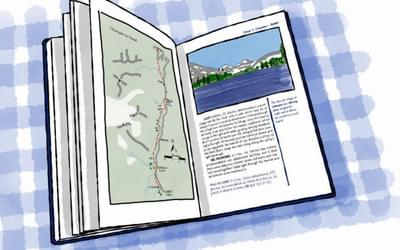 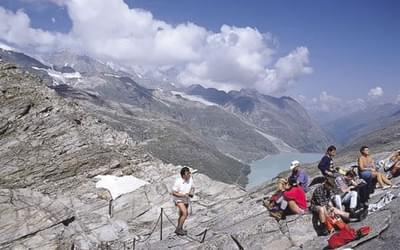